For Every Great Trout Stream, There's A Conservation Map

I like holding them in my hand.  I'm holding one now and I am thinking about trout.

Maps let me know where I am, where I have been and where I might be headed in the future.  But I never expected that my interest in fishing might lead to me becoming part of a map-making team.

When I received my first lesson in "cartography", it was already past the time of the solstice when I left home in Bozeman to start my summer “job” in the Madison Valley.  I was hired to work on the historic Granger and Longhorn cattle ranches.

My assignment was helping to map the reach and path of a spring creek that functions as an important tributary and spawning area for wild Montana trout. 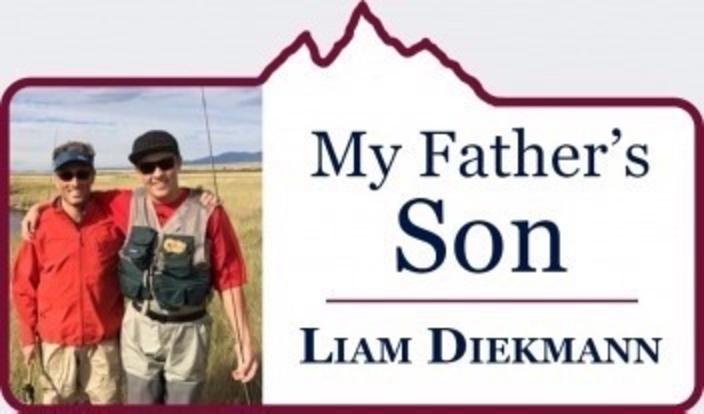 I first learned of the project from my dear friend, the environmental engineer John Muhlfeld, more famously known as the elected mayor of Whitefish, Montana. He and my Dad were very close and he invited me to work on the project with him and a couple of his colleagues: Ryan Richardson, a fluvial geomorphologist, and Selita Ammondt, a wetland ecologist.

John’s company, River Design Group, Inc., is based in his hometown just outside Glacier National Park.

We were summoned to the valley by Jeff Laszlo, owner of both the Granger Ranch and the location of O’Dell Creek which spans 2,500 acres.  Jeff is recognized as a national leader in private ranch-land restoration for commitment to putting the O'Dell Creek corridor and its complex of wetlands back into their natural state.

The purpose of our work was to determine the extent and growth of wetlands, which have been restored gradually through 11 different project phases involving federal and state government and a number of conservation organizations including the Montana Land Reliance and Trust for Public Land where my Dad worked.  I know he would be please to play my own role in contributing to a vision that he, Jeff and John had in their minds.

And my Dad would have insisted that they not go gentle on me, that I earn my keep—and the privilege of pulling out the fly-rod by first getting wet, sweaty and dirty.

I had never been involved with mapping a landscape before and, being the youngest on the team, I was relegated to the role of grunt, chief Polaris Ranger driver, and data collector.

"I thought the way you learned about trout was by catching them. But my project taught me how and why a good trout stream exists. Clean, cold water filled with healthy amounts of natural fish food doesn't just happen."

I thought the way you learned about trout was by catching them. But my project taught me how and why a good trout stream exists. Clean, cold water filled with healthy amounts of natural fish food doesn't just happen. To John and Jeff, there's a science behind.

Along O'Dell, we used two methods to remotely sense wetland acreage at the project site. First, we collected high-resolution aerial photographs using a low-flying drone, specifically a DJI Inspire 1 Drone. We then surveyed over 50 Global Positioning System (GPS) ground targets in the field to geo-reference the images.

The timing of the aerial photo collection we put together coincided with the dry season in the summer, so that wetland areas would be apparent against the backdrop of dry uplands or non-wetland areas. Our investigation included characterizing vegetation, soil, and hydrology at each sampling site.
My primary duty was to set down 55 black tarps/targets over the course of wetlands and riparian areas in an area measuring approximately four miles long by a mile wide, that the unique and entirely spring‐fed creek meanders through. 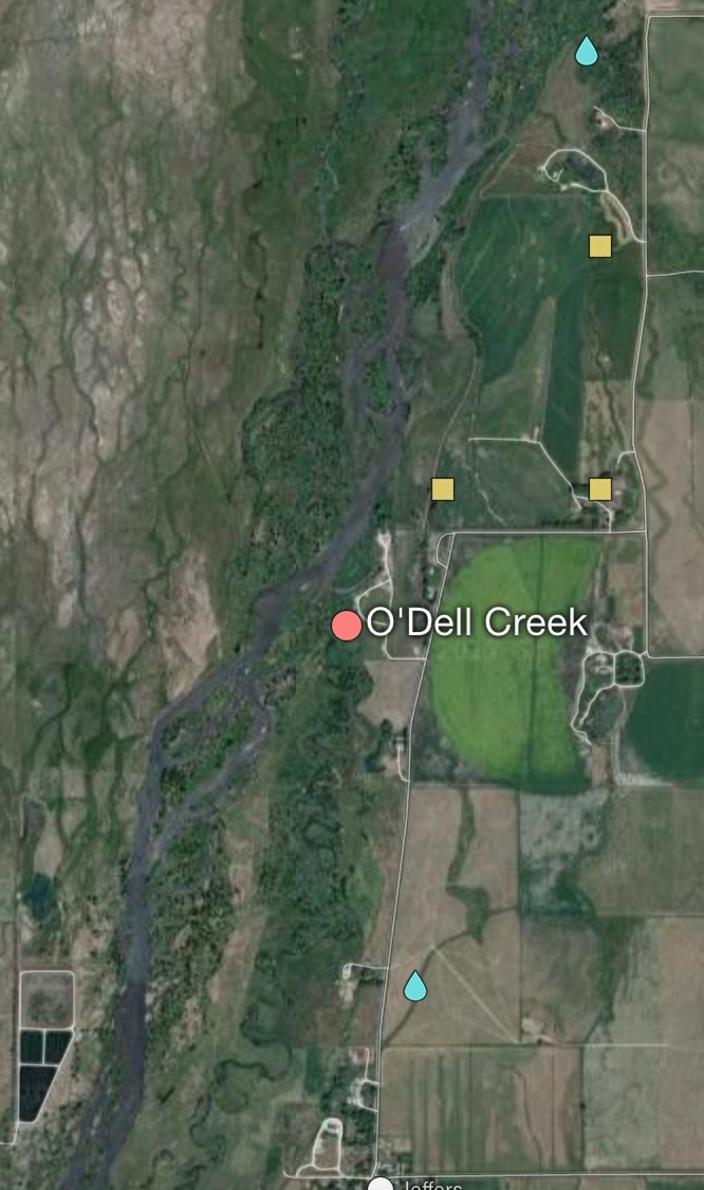 Liam Diekmann's project area encompassed O'Dell Creek and all of its reach, photo courtesy Mapcarta
I thought it would be boring. And I guess you could say that I got my fair share of walking in for the month, passing ripples of rising fish that drove me crazy.  It took roughly four and a half days to put all the tarps down.
Each day I would set out roughly 18 targets and, after doing so, Ryan would use the drone to fly over the area that was covered in targets to get aerial pictures.
Every five seconds the drone took a picture, and eventually we would be able to stitch together a map of the creek and adjacent wetlands from a bird’s eye view.  After Ryan was done flying his drone each day, I would go back out and gather the targets that I had set out earlier, again walking past the surface ripples.
"Don't worry," John and Jeff would say.  "There will be time to fish."
The placing of tarps and drone work was repeated each day until we eventually covered all 2,500 acres.
Results will be used to better understand how the O’Dell Creek restoration has improved wetland functions and values that are related to the Madison River, including nutrient and sediment filtration, and its influence on fish and wildlife habitat.
O'Dell is one of several important spawning habitats for trout coming out of the main stem of the Madison, so if you enjoy fishing the big river you need to appreciate the important role of its smaller tributaries.
Each workday lasted from 10 to 12 hours, unless you were me. Then they lasted an extra four hours if you include fishing after work and figuring you could sleep later.
There were a lot of things I started to see and realize that I hadn't before. It was fantastic, because every day I worked it stormed, and afterwards there was a calm that came after the storm.  The wind stopped, everything became active again, and the bugs were hatching, making the fishing that much better.
One evening Ryan and I cast lines together in the old part of the restoration project where the ponds lay and where the creek used to run through.  We caught browns and rainbows to our hearts’ content.  They were all beautiful and of good size, which is great to see, because that means the restoration project is doing its job.
Catching all of those fish was fun; however, what came near the end of the day was breathtaking. “Watch this…,” I said to Ryan as I put on a mouse pattern the size of my thumb.
“No f-ing way,” he replied.
As I started casting he looked away. I slapped the fly on the far bank, and with the first strip of the line, a massive rainbow came rocketing out of the water.  He missed.  Then he circled back, his dorsal fin creating a wake from his size. He missed again, and again and again four more times!  I looked up at Ryan with a huge grin on my face when his jaw dropped.
I never managed to catch the fish but Maya Angelou once said, “Life is not measured by the number of breaths we take, but by the moments that take our breath away.”  That moment truly was breathtaking.
Being able to accompany professional mappers in their work was an experience that I will never forget and it gave me skills that I can apply to other things in my life – knowing how to map nature in a way that opens my eyes to so much more. Thanks to two of my closest friends, John Muhlfeld and Jeff Laszlo, I can now say that I really do know every inch of O’Dell Creek.
It's small but bigger and more complex that I ever imagined. 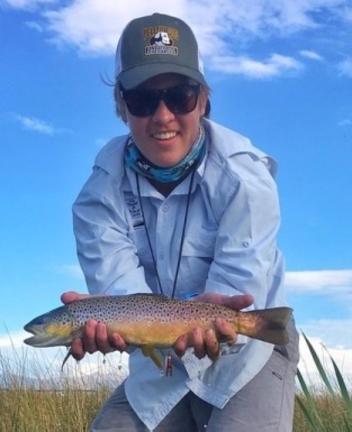