Back to Stories
Culture

Fake News And Media Bias? It's Actually Me-Bias And Most Of Us Are Guilty 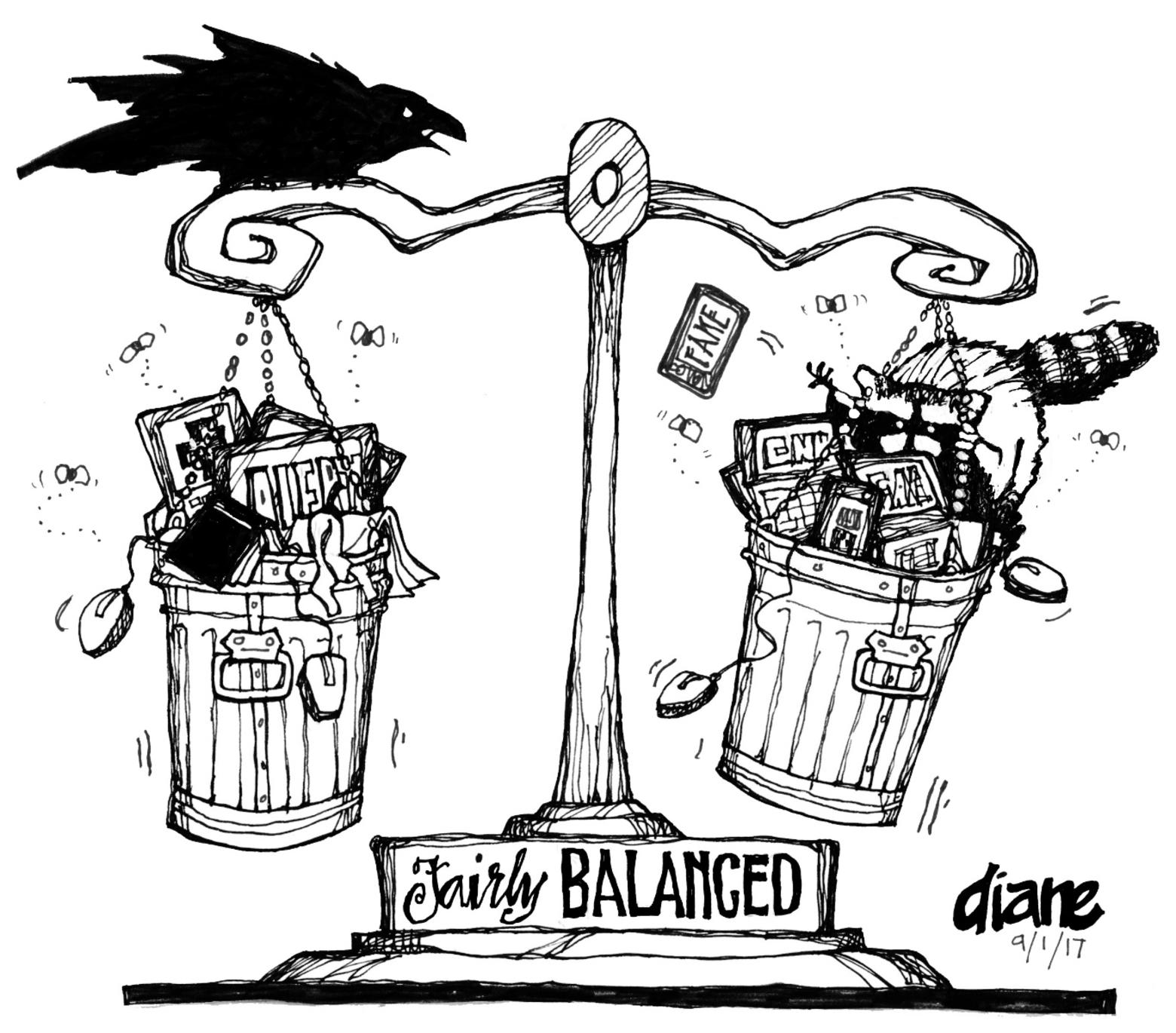 Illustration by Diane Kaup Benefiel/Wilson, Wyoming
When it comes to “Game of Thrones” our national dialogue is in great shape. Who knew that fire-breathing dragons could bring so much nuance to a generations-old military campaign?

This is working out great for those who are habitually wrong, for the habitually-wrong invented the perfect get-out-of-jail-free card: “media bias.”

Media bias is a phantom. It is not a real thing. It cannot possibly exist. Nonetheless, media bias — a talking point popularized by splendidly-biased propagandists — has become an article of faith. It’s twisted print newspaper editors into comical distortions.

For example, newspaper readers in Jackson Hole have been treated to a lot of awkward “right-left balance” among their columnists, perhaps none funnier than the old man who spent his days watching Fox News so he could repackage their dorky talking points as “cowboy common sense.”

“Media bias” is as logical as “ocean bias.” As if the ocean can favor the agenda of the shark over kelp, porpoise over plankton. 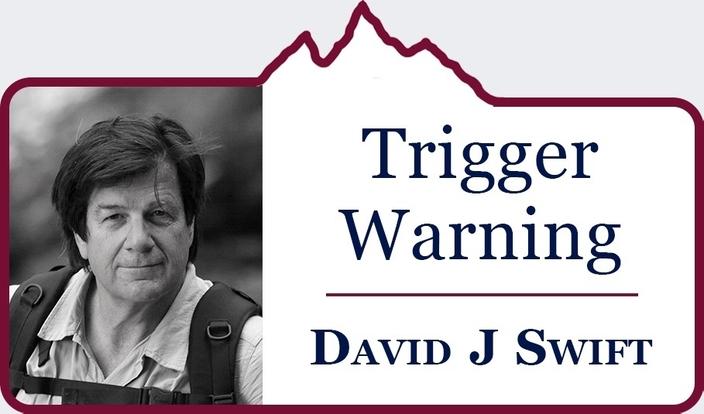 Of course, this past year “fake news” has effectively replaced “media bias” among the “la-la-la, I’m-covering-my-ears-with-my-hands, I-can’t-hear-you” crowd. Such is living in a stupider, more inflammatory time. Due to my belief that we cannot have world peace until people learn to think for themselves and stop breeding yappy little dogs, allow me to wean you from the “media bias” security blanket.

2. People who bemoan “media bias” claim they prefer its opposite, “objective journalism.” Both sides get equal time. Fair and balanced. Stuff like that. I’ll let Hunter S Thompson, in “Fear and Loathing on the Campaign Trail,” dispense with that fantasy: “The only thing I ever saw that came close to Objective Journalism was a closed-circuit TV setup that watched shoplifters in the General Store at Woody Creek, Colorado.”

3. “Media” literally means “every single one of the news putter-outers.” There are tens of thousands of news-info outlets employing hundreds of thousands of reporters. Add another million or three bloggers, cranks, fabulists and fantasists, each with his own brand of pulsing, glistening Truth. Don’t forget the friendly bots creating crap on Facebook. If you think this beast has a single mindset, Dear Content Creator, do tell me what this beast is thinking?

4. “Media bias” is an invention of the Right Wing. They had to invent it. Their dogma was failing to hold up to reality — “. . . and reality has a well-known Liberal bias,” as Stephen Colbert put it. “Media bias” gives permission to stop thinking critically. Thanks to that snappy talking point, about one-third of our nation no longer believes anything they don’t want to believe.

"Media bias is a phantom. It is not a real thing. It cannot possibly exist. Nonetheless, media bias — a talking point popularized by splendidly-biased propagandists — has become an article of faith. It’s twisted print newspaper editors into comical distortions."

So how do you sort through what’s real and what’s fake? Here I’m at a loss. Developing comprehensive reading skills and skepticism is a life-long pursuit. I’ve been working on it ever since Sunday school, when my kiddie brain received the tale of Noah’s ark with a perplexed “how can that be true? Two houseflies?”
That was before todays’s onslaught of unmitigated balderdash. The deployment of bots on social media leveraging the classic Russian propaganda technique of “firehose of falsehoods” has swamped our online spaces. It’s hella confusing — which is the point.
All I can offer is: question authority. Here are two handy questions for all media occasions
— “Cui bono?” Who benefits? If a news report gets you riled up enough to want to take action, who benefits from that action? Is it individuals or does it involve the public interest.
— “Why do I need this to be true?” Through the eons, snake-oil salesmen depended on those who desire modest miracles. And so it is with the news consumer. Media bias cannot exist but me-bias does. We can consume news tailored explicitly to our cerebral-cortex comfort. But where’s the fun in that? Develop a taste for the ever-changing textures of ambiguity and, whenever possible, try to actually learn something.
Yes, you can say to yourself, “I learned something new” and remain oblivious to having ever been wrong. It’s one benefit of being a grown-up.
Yes, I am oblivious to the existence of television news. Not an oversight. TV news is, by design, shallow and obscurantist. TV news makes people dumber while heating up the fear and dread. Jon Lovett, of the keen podcast “Lovett or Leave It,” told Brian Stelter — on his pretty good TV news show — about “the dead language of cable news.”
Don’t watch TV news. Don’t be talked at.  Read.
Links for further mind expansion (click on them):

On “firehose of falsehoods”

Jon Lovett, Brian Stelter and tv as a “dead language” 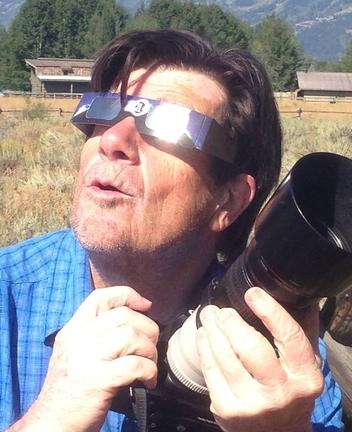 David J Swift is a professional photographer based in Jackson, Wyoming. In addition to penning Trigger Warning for Mountain Journal, he is a musician, dad, avid outdoorsman and pop culture oracle.
Read more

Poems About Mato And The Power Of Bear Medicine
Perfect for the approaching solstice, MoJo Poet In Residence Lois Red Elk shares two works about how a great nation and a...
Read
Big Art of Nature, Conservation, Culture