The Dakota/Lakota Don't Wait For Godot, Instead They Have Hawks 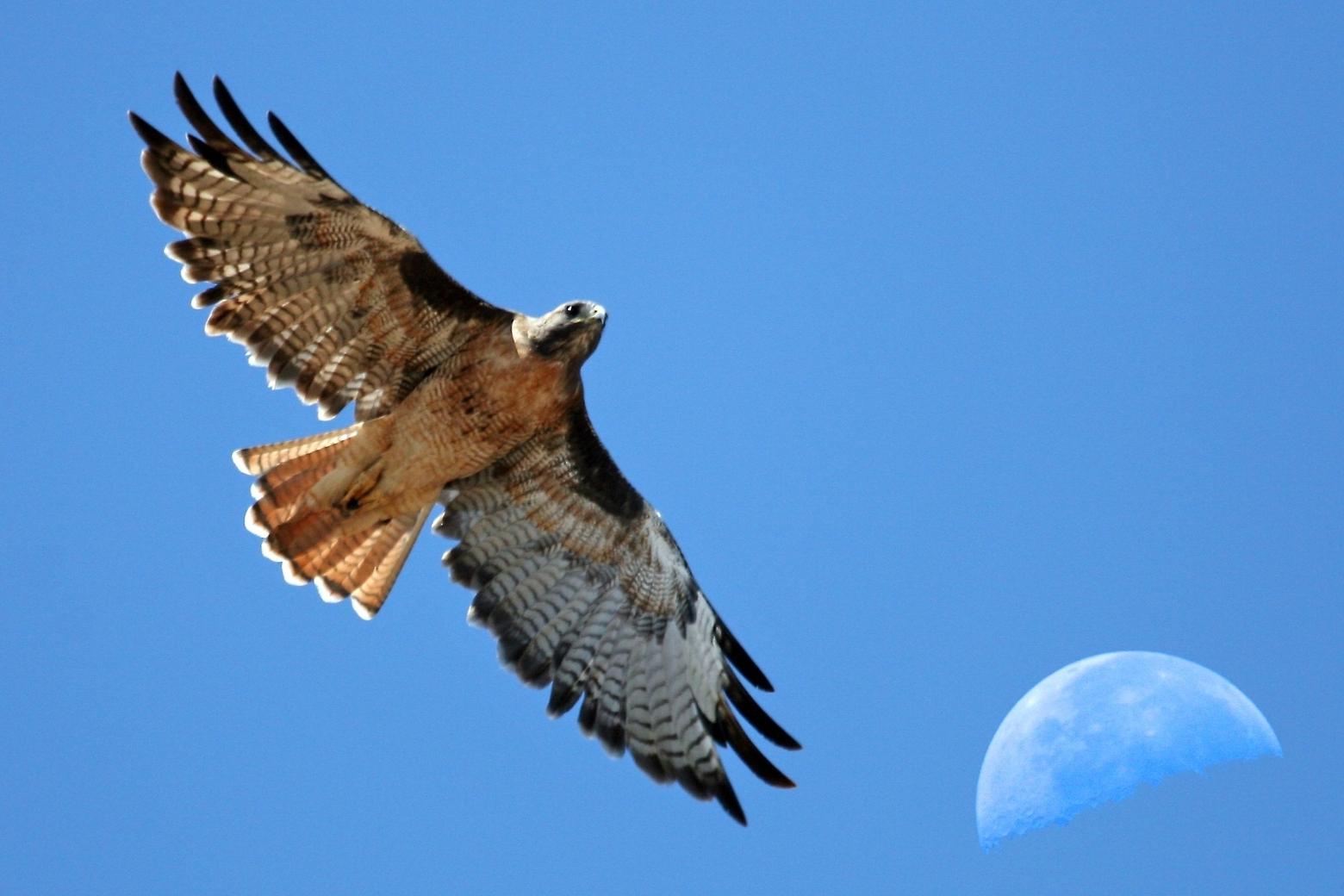 Photo courtesy Mike Baird https://www.flickr.com/photos/mikebaird/323660913/
A year ago, the high plains panoramically unfolding from Lois Red Elk's viewshed of Fort Peck were about to encounter a "flash drought" in which dry, warm conditions erased the moisture accumulation of winter.  So far in 2018 a very different kind of weather pattern has set in.
"What a chilly Spring we've had, but It's all good," Red Elk writes in a note accompanying a pair of poems.  "Don't want to complain too much. All the birds that return to this part of the country have arrived, despite the snow and sleet."
In honor of the winged ones, Lois offers a brand new poem and an older one. "My childhood was filled with stories about all the wamakaska (beings of the earth) or animals," she notes. 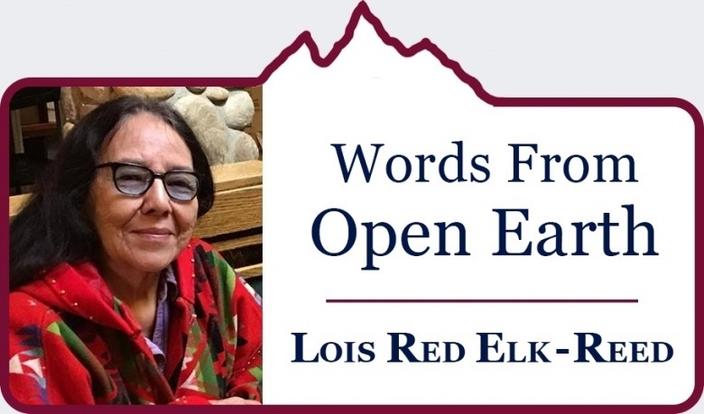 "My father or grandmothers would always begin their stories with a fun and light hearted message, then end with the moral of the story.  As I matured, the grandmothers would often retell a story to fit my needs, in an ever exciting and sometimes harsh life, and how I could learn to apply the lesson for today."
Red Elk says that the hawk in Dakota/Lakota culture pays visits carrying messages. "The messages tell us that we are going to be asked for help.  The hawk also is curious and wants to know what's going on."  Those who savor literature references will smile at Red Elk's recent work, When Hawks Cry, We Don't Look for Godot.  The second piece is titled The Eagle and Hawks Catch a Ride, taken from her acclaimed volume, Why I Return to Makoce (2015 Many Voices Press). 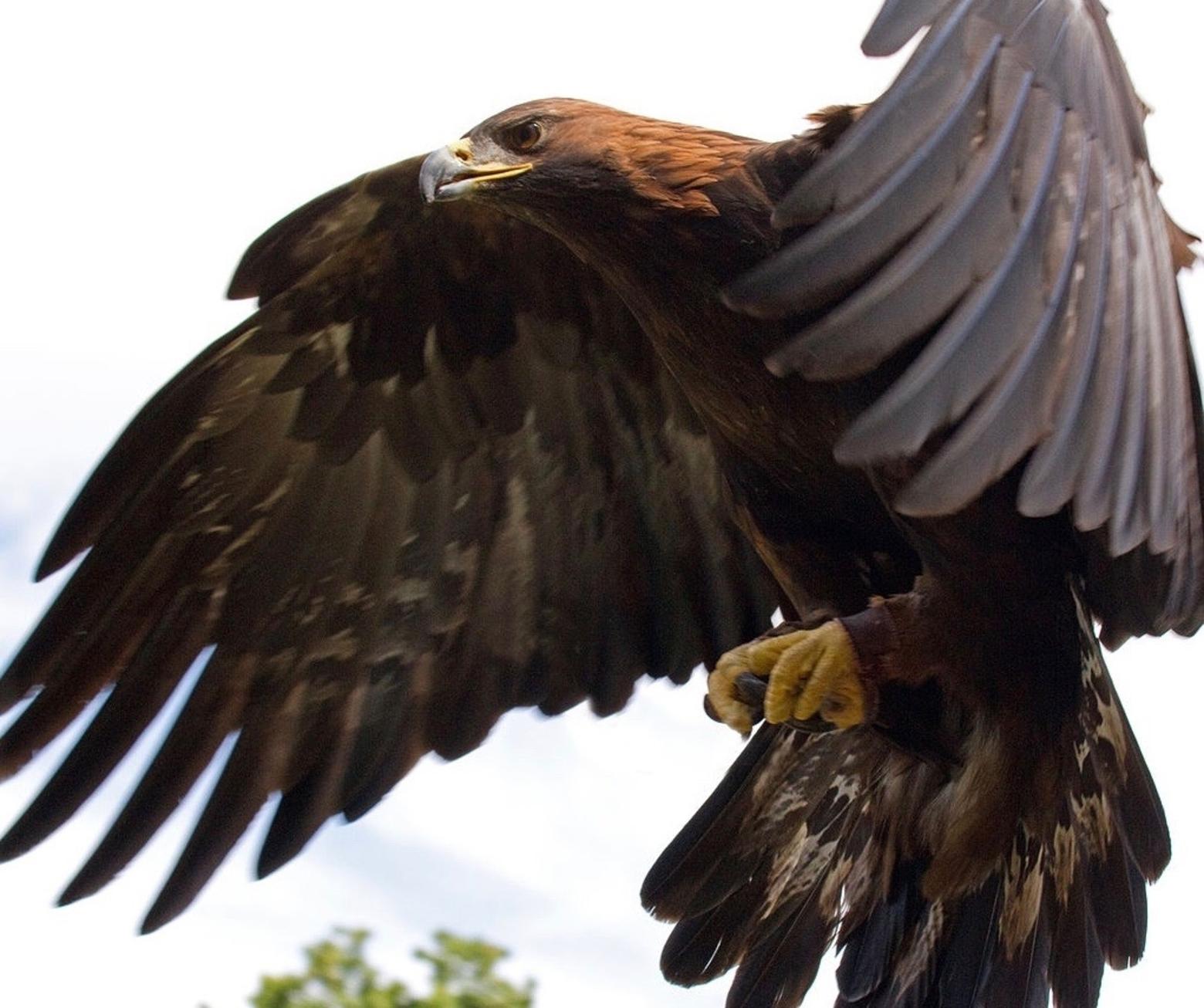 Photo courtesy Tony Hisgett
When Hawks Cry, We Don’t Look for Godot
Driving down 3rdAvenue South I thought I saw four
men standing under the trees near the bridge. I had to
take a quick second look.  That’s when I briefly saw them -
four spirits.  Their silhouettes resembled someone I knew,
or was related to, like an uncle or a cousin. Just passing
through the underpass I decided to do a U-turn. Two of
the men reminded me of someone from a long time ago
who lost themselves in an untimely event, but they still
claimed their right to be, to occupy a space with minimal
energy.  Of course they had been seen there many times
before.  I had to make sure it was real.  You know, like
when eyes betray or when a drifting mind does not
synchronize with vision.  But, yes, there were four of them,
but not spirits just the local street people, all looking off
in the distance.  I quickly searched the direction they were
facing.  There was no one.  But yet it seemed like there
was an energy heading their way, coming to satisfy a thirst
that needed to be quenched sooner than later. The air was
filled with drifting breath caught by the frost forming on
their upturned collars and caps, a little bit of evidence of
life spilling from their still forms.  I didn’t want to think
any further about their day, their life, their future.  It was
my urgent decision for my own day, so much work to do.
But mine wasn’t enough.  I had to pray, had to send some
words to our common spirits, had to remember the blood
and birthright we shared.  Just as quick as I opened my
mouth to utter a quiet word, I heard the whistle of a hawk.
Why on such a cold day, why right in the middle of town.
I circled the block to try and catch a glimpse of the red-tail
in flight.  As I rounded the corner I saw others searching
the sky for the unusual site.  All of a sudden it came to me,
the story my father shared.  When hawks cry someone will
be asking us for help.  I decided to stop and pulled my car
into the nearby parking lot.  Just as I opened my door, a
cousin walked over and asked if I heard that hawk. I said I
had and was going to park and look.  He said, so you thought
we were all looking for Godot? I broke out in laughter at
his intelligent wit.  He said, sometimes we are looking for
Godot, but when hawks cry we know someone is asking for
help.  I paused a long time searching his face then asked, so
who is asking for help?  He said we are always in need of
help.  Another car pulled up with coffee and rolls from the
casino across the street.  It was a local minister who stopped
and asked if he could pray with them.  One of the group shied
away but the others agreed.  While they prayed I heard off in
the distance one more cry from the hawk.
©Lois Red Elk 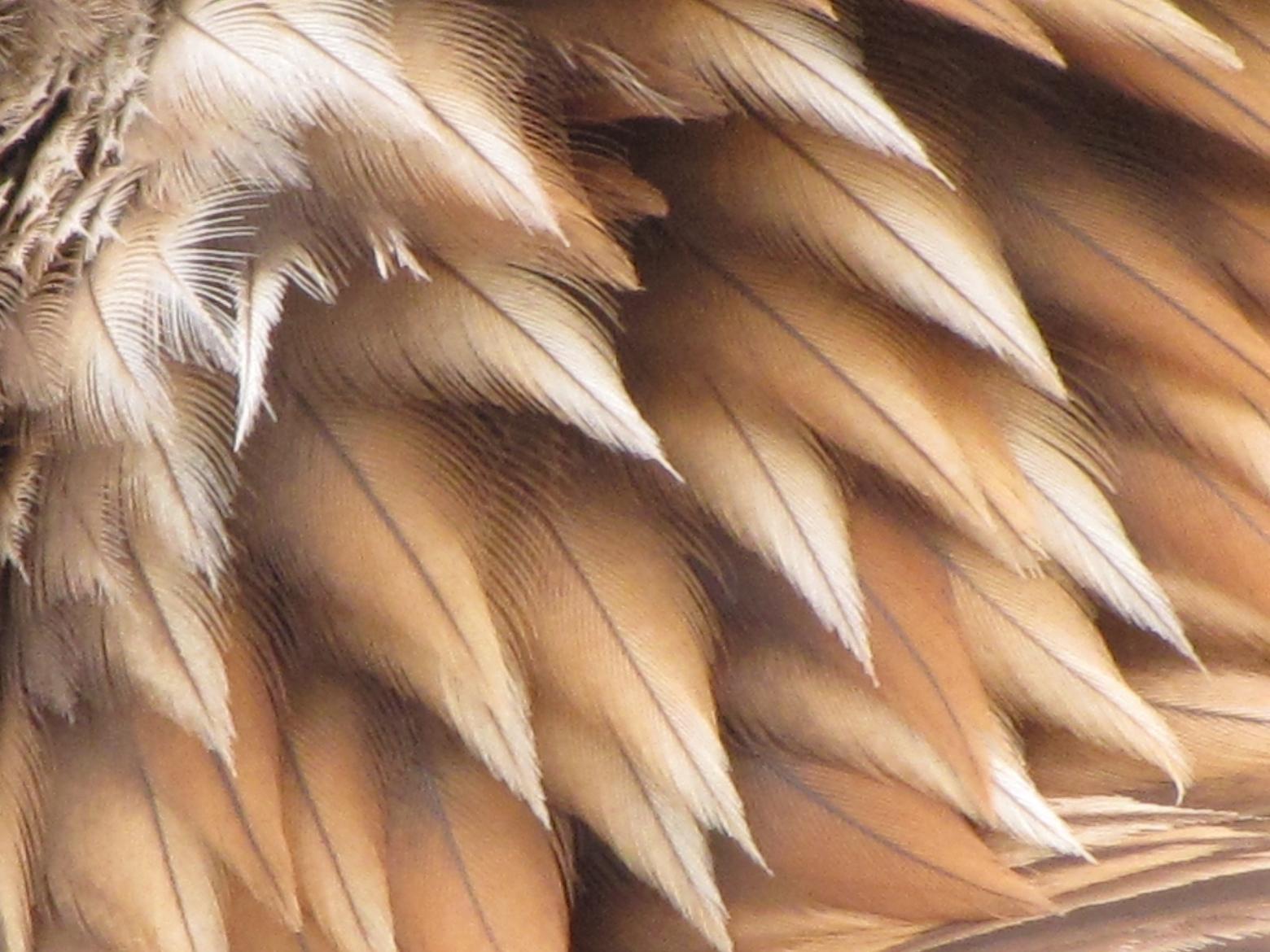 Photo courtesy Wikimedia user Totodu74
The Eagle and Hawks Catch a Ride
Grandma Lois was outside shaking out her car rug when a flock
of birds flew over.  They looked down and said, I bet she’s going
somewhere.  She always cleans her car when she’s getting ready
to go shopping.  Grandma looked up and watched the birds head
toward the river.  She thought she better hurry and get going.
She and grandpa got ready, loaded the car with water and a blanket
to sit on. The sky was clearing.  It would be a good day to travel.
Grandma called her sisters and told them she and grandpa would be
on the road all day in case they were wondering. They went to the
gas station first, then headed east, down the highway.
Just as they reached the top of the ridge they saw a large bird sitting
on a telephone pole.  All of a sudden it took flight and landed right
in the middle of the road in front of them. Grandma said, “Look at
the size of that bird, it looks like a little child.”  Grandpa slowed
down, then came to a full stop.  The bird, a large Eagle, just sat there
then motioned grandpa to pull the car over.  By this time, Grandma
Lois was getting upset, because this was the fourth time they were
stopped by this Eagle.  The Eagle waddled to the side of the car and
asked grandma if he could catch a ride to the next town.  Grandma
said, “Why”?  Eagle put his head down in embarrassment and said,
“I hear Jar-Mart has some real tasty salmon for sale.”  Grandma
shook her head then agreed and let Eagle get in the car.  As they
went on down the road, grandma was thinking how silly it was to
have an Eagle sitting in the backseat.  What would people think?
As they approached the next valley, they were surprised to see two
hawks flying alongside the car.  “Oh no, what next!” said grandma.
She didn’t want to look, but finally gave in and rolled down the
window an inch.  One of the hawks said, “Stop the car!”  Grandma
angrily rolled the window all the way down and asked, “Why?”
“We need a ride to Jar-Mart, we hear they have some real thin strips
of wood there.”  Grandpa started to laugh and said, “See, I told you,
once you give them rides, they will keep wanting to go with you!”
So, there they went, grandpa and grandma, with Eagle and the two
hawks sitting in the back seat of the car.  All the way over there,
the birds kept whispering.  Finally, Grandma turned around and
asked what they were whispering about.  The hawks said they were
trying to figure out how they were going to get into the store without
everyone causing a panic.  Finally, Eagle said he had a solution.
When they arrived at Jar-Mart, Grandma and Grandpa got out and
went into the store.  They shopped for about half an hour when all
of a sudden Grandma noticed a short person walk by with a blanket
over their shoulders that looked just like hers. She thought that was
strange.  After they finished shopping, Grandma and Grandpa took
all their shopping bags to the car, but the birds were nowhere in sight.
Just then she heard a squawking behind her, so she turned around
and there were the birds, under her blanket. She pulled the blanket
off and saw that one hawk was sitting on the other hawks shoulders
and that hawk was sitting on the shoulders of Eagle.  All of them
had their bags, and the bags were full of salmon and strips of wood.
Grandma looked at them for a moment, sighed, and said, “Get in the
car!”  All the way home she wondered how they paid for all their
stuff, but she was to weary to even ask them.
©Lois Red Elk