Timothy Tate suspects that the famed phrase, coined for Montana by Bill Kittredge and Annick Smith, stands for values now under siege 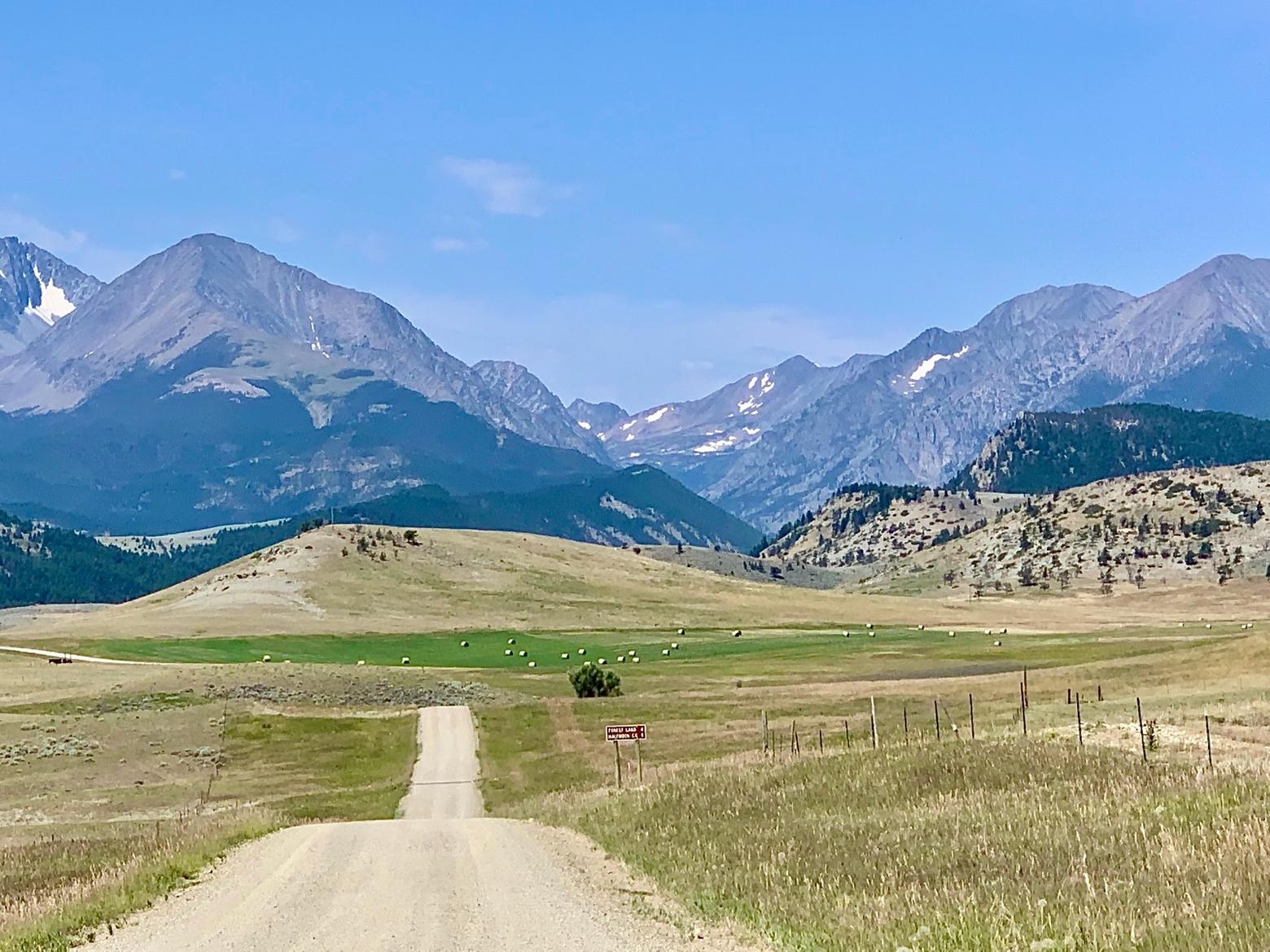 On a Sunday in late July, our family decided to drive over to Big Timber Creek Canyon. I wanted to show my future son-in-law the Crazy Mountains’ east side and prompt my daughter to remember the grandeur of the Crazy’s reserved nature.
Maybe you have travelled north on Highway 191 heading towards Harlowton taking the Wormser Loop Road to Big Timber Creek Canyon Road and then to its end at the Halfmoon campground?
One of my favorite sections of the road used to pass through the Lazy K Bar Ranch, a fifth generation dude ranch in operation since 1887. The operation has at least 8,488 acres, 29 cabins, a lodge and four miles of trout streams. It just sold for $9 million. The sale was brokered by Hall and Hall ranch properties who are known internationally for selling exclusive ranches properties to wealthy individuals. That the family lineage of caretaking this breathtaking spread expired with the sale touched my heart, like losing a favorite pocket knife you carried with you across the years.
Using that metaphor, you might say that during the changes that are sweeping across southwest Montana and accelerated by the inundation of well-heeled Covid-19 refugees, I feel like I’ve lost a lot of pocket knives. 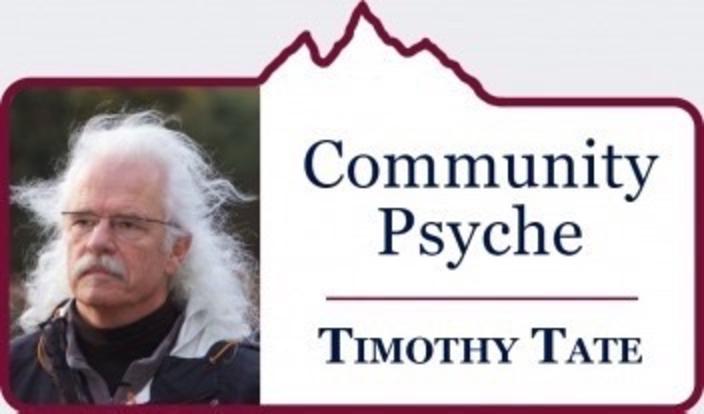 Passing by the ranch evoked Montana’s rugged tradition of potholes, gumbo, rocks to high-center your passenger car upon, and narrow passages making those who haul their trailers into Halfmoon campground dedicated and courageous “rustic” campers indeed. The spot is adjacent to US Forest Service Trail #119 that ascends into the Crazy’s highcountry past a surging, spouting waterfall that gives my wife and I solace to rest beside.
It’s hard to write about a place you love, speaking it by name, without contributing to its destruction. It’s what I like about Mountain Journal. It celebrates and defends places without aspiring to promote their (over)use.
I was surprised but not startled by the three dozen cars parked at the trailhead. Nor was I offended by the classic country rock music blaring from spread out campsites festooned with American flags, pallets for campfires and jovial party noise since it was but past noon and, fortunately, I would not be camping there.
Did the number of out-of-state license plates bother me? Well, yes, but I am not in charge of visitors, nor can I claim privilege since I too came from another state, albeit in 1979, after I had spent my adolescent summer years as a ranch hand in eastern Montana from 1962 to 1968.
So this is not about judgment per se, rather it’s about a rapidly-shifting landscape featuring more “white flight” in search of the dated phrase “The Last Best Place.” When that allusion was coined, I am certain it was never intended to become a slogan exploited by the tourism industry  and leaving little pieces of The Last Best Place permanently transformed—and not for the better.
Again, it’s hard to tout a place, even a state, without killing it.
Of course, all of us who are non-indigenous are trespassing on First Peoples' land and If I have an observation it’s that we need to re-find ourselves in a reverence for nature that they practiced for 12,000 years. Who knows how many generations that represents?
When you think about the notion of this being a last best place because of wreckage that has happened everywhere else it's a sad commentary.
Before I set off down the trail, I took notice of the cavalcade of snazzy backcountry vehicles decked out with glamping-style onboard platform tents, off-road traction plates, shovels, extra fuel cans, and dogs. It was like a living SUV TV commercial but without the participants realizing that the people in the ad were actors.
Legions of off leash dogs were romping and pooping to their heart's content. Camelback packs, spotless backpacks, and bear spray, pistols, and layered clothing systems adorned the adventurous who, heading up the trail, at least it seemed to me, knew not what awaited them but they were ready for one night out. 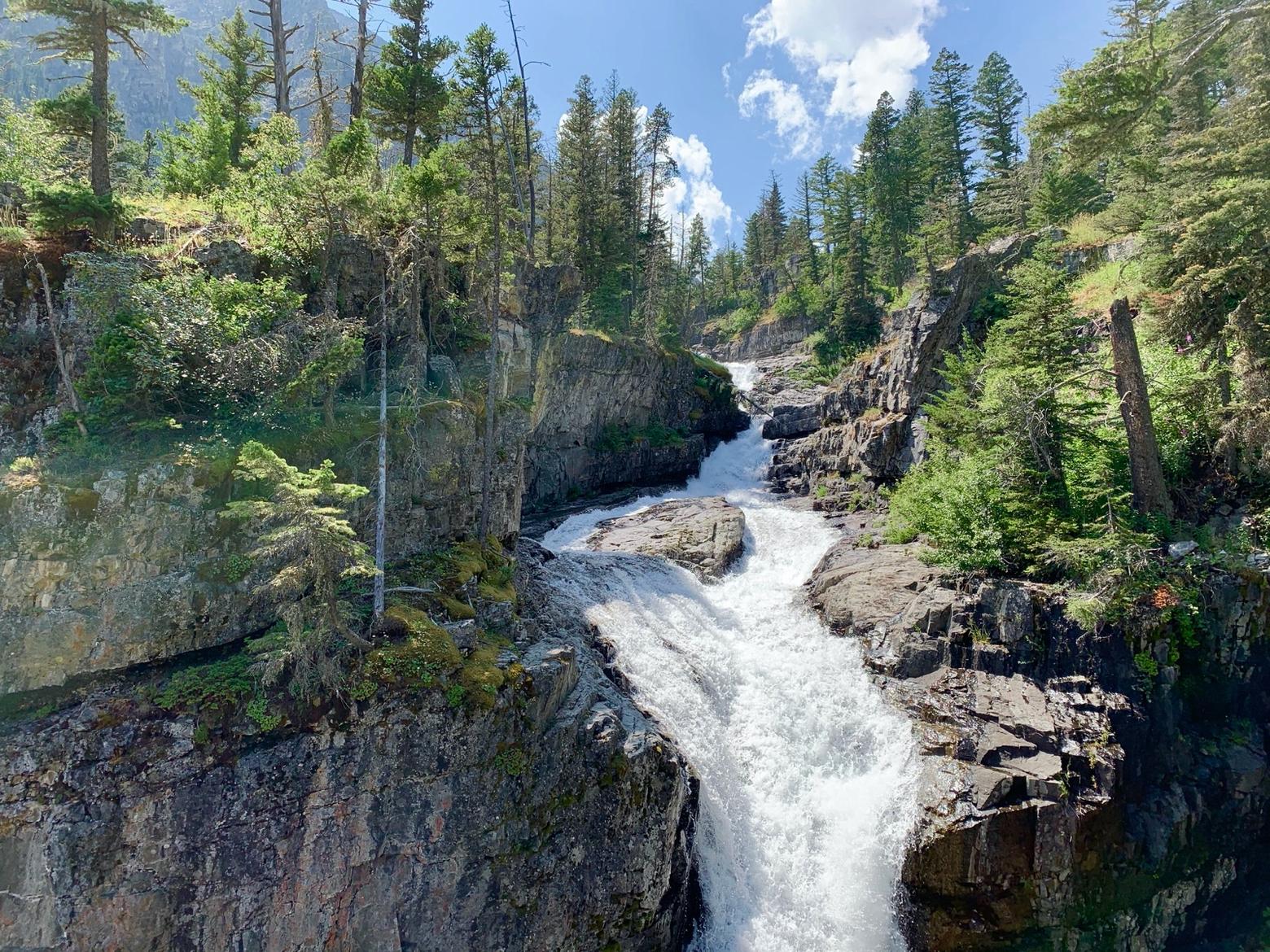 A waterfall in the Crazy Mountains. Photo by Timothy Tate
For newbies reading this, The Last Best Place was an anthology of writing assembled and edited by writers William Kittridge and Annick Smith—Montana literary treasures— that appeared, on publication in 1988, as an instant classic. Kittridge’s book of essays titled We Are Not In This Together also still resonates with me.
Artyom Yakovlev’s review of the book observes: “Kittredge's characters are all outsiders who seem to be living apart from other people. They have dysfunctional families and soured relationships. These are those who have lost children, parents, siblings—the inevitability of loss is the very definition of these people’s lives.”

"Kittredge's characters are all outsiders who seem to be living apart from other people. They have dysfunctional families and soured relationships. These are those who have lost children, parents, siblings—the inevitability of loss is the very definition of these people’s lives.”

Can they relate, these new incoming outsiders, to what the painful loss of place means to us?
I was reminded, again of real-life versions of Kittredge’s fictional constellation of characters seeking refuge in their aloneness under the Big Sky by a brash, intimidating fully-loaded diesel pickup imposing itself on the asphalt in front of Mark’s In and Out Burgers in Livingston.
We had stopped by on our way home to Bozeman for the unremarkable yet strangely satisfying burgers, tater tots, and malts dished out by the young efficient staff. This mid-Fifties drive-in joint is a favorite of locals and those returning from outback adventures craving a triple cheeseburger with bacon supreme.
The pickup’s passengers were brash, and tattooed with pirate images among other menacing designs. Their reflecting state trooper shades, sleeveless shirts and cut-offs were not offensive. Nor was the tire wheel covering that read “Outlaw.” Was the Trump sticker a shocker? No, but the ensemble functioned as a warning to those who have sanguine, Disneyesque visions of Montana in their minds.

Was the Trump sticker a shocker? No, but the ensemble functioned as a warning to those who have sanguine, Disneyesque visions of Montana in their minds.

It seems to me that south-central Montana—Gallatin, Park, and Madison counties especially, are the hideouts for two types of outlaws: the wealthy urban fleeing and “developing” at will and the posse of self-proclaimed outlaws who seem to perceive our great leader’s behavior, in defying norms essential to maintaining a civil society, to be worthy of modeling.
When the response to the Black Lives Matter march in Bozeman was to stage a counter protest on behalf of the President, with participants flashing their guns, driving pick-ups with the steering wheel horns constantly engaged and waving flags of Trump 2020, the Stars and Stripes and the Confederacy in the wind, what are we to make of it? What kinds of change are they seeking to disrupt and what is it they seek to preserve?  Do those outlaws share the same values as the new material-minded outlaws who hold little reverence for the unassuming character of our state?
Those of us citizens who do not have the type of wealth now driving luxury condominium construction in which units are selling for more than $1 million in downtown Bozeman, nor an inclination for starting a new civil war, feel stressed and flummoxed. There is change that needs to happen but these days it brings strange crosscurrents.

Those of us citizens who do not have the type of wealth now driving luxury condominium construction in which units are selling for more than $1 million in downtown Bozeman, nor an inclination for starting a new civil war, feel stressed and flummoxed.

On one hand we have transplants who claim Bozeman as their new home and in so doing buy property that “locals” cannot dream of affording due to the very influx of the newbies driving up real estate values. I was reminded of this all too familiar pattern gobbling up the West the other day on my challenging commute: walking the two miles to my office across protected open spaces. Yes, I’m being ironic.
On the way to the trail system, constructed over the last decades by mindful citizens, I passed by a grouping of McMansions that have enough square footage to shelter four families in need of affordable housing.
Some of these luxury dwellings were built pre-great recession and others more recently. The last in a series facing west with an unobstructed view of the Tobacco Root mountain range was undergoing its landscaping stage.
I stopped to talk with the owner of one of our local nurseries who I have known over 30 years as I also have the local architect who designed the homes. 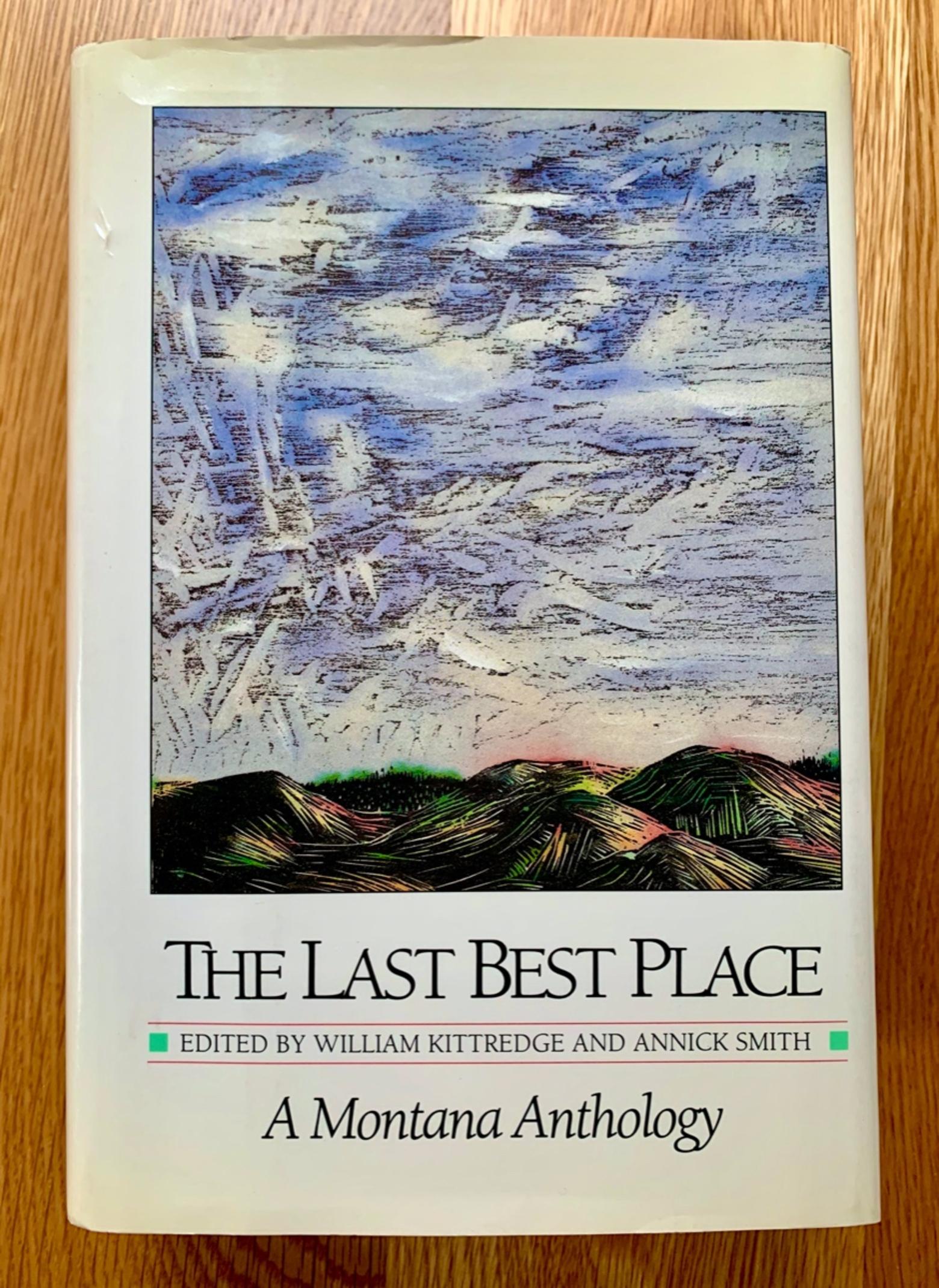 I am fine with those among us who have mastered money and can buy property at will wherever they choose. What I struggle to abide is the trait that often accompanies such wealth: entitled arrogance, a cavalierness about both nature and working-class people. The Last Best Place was a refuge for both of those. I and many of the longtime people of Bozeman I know feel at a loss. We grieve the Bozeman of the past but sentimentality is its own emotional bog. Nostalgia is a neurotic need to restore what is lost, mistaking the past for a better time that often did not exist—at least in a fair and equitable way for all. Still, sentimentality is better than callousness.
What I am looking for is a way through this two-pronged approach to being an outlaw. The tension of hubris driving the destruction brought by growth and development and parallel to it the regressive aggressiveness of those who feel threatened by the reality of what justice and liberty for all really means.
My days here are numbered, I am 72 and have lived a blessed life in this valley of flowers. What is disturbing to me as an elder is the helplessness I feel regarding the quality of life that my family has flourished in over the last four decades.
I gather that this loss of a mountain town’s natural character is endemic to an overpopulated warming world. Perhaps our global pandemic is either the warning shot over the prow of the various ships of state in the armada of civilization or it is a torpedo to the vessel of humanity sinking delusions of grandeur and convenience.
Either way, that which we have known in Bozeman is going down, in its own fashion, right here in our community. Where are the protestors rallying in defense of untrammeled wild and pastoral landscapes which are really the bedrock of Last Best Place.
Such a downfall, some claim, does not mean the end. What it can mean is a call to creativity, unafraid and inspired. After all, our town’s growing tension is its own form of life and she is inextinguishable as long as we are breathing the oxygen of civic-mindedness into her.  Let’s not stop breathing. Let’s make sure others who feel deprived or invisible are able to never worry about breathing. Let’s rally together for the hopeful promise of what Bozeman can still be—and let's make sure that place isn't modeled after someplace else.