A Tragedy In The Mountains Highlights Pain Facing The Young

For Many In Mountain Towns Where Extreme Deeds Rule, It's Tough To Measure Up 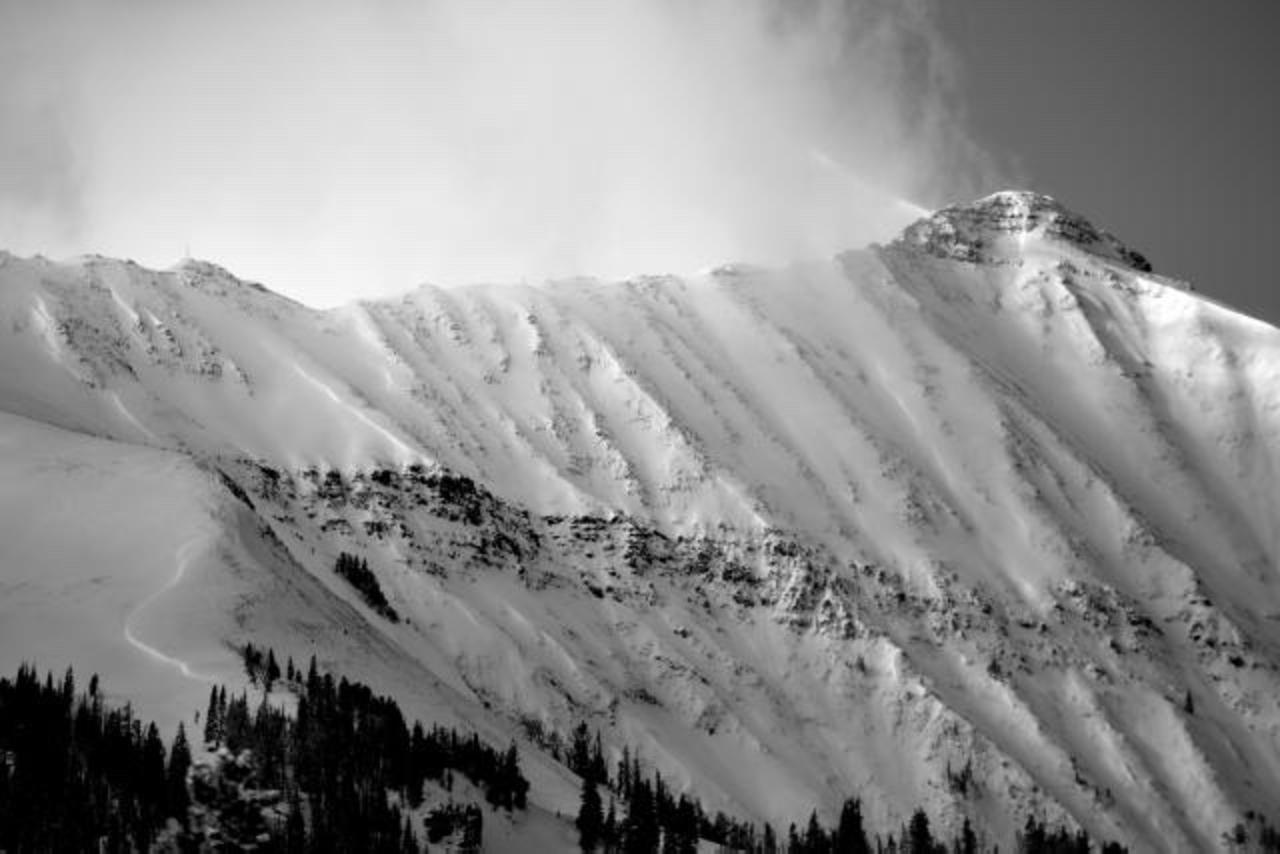 The Madison Mountains, photo courtesy Gallatin National Forest Avalanche Center, B. Vandenbos
A therapist’s role is not to sit in judgment. We listen and we help clients of all ages process events in their lives. None of us are immune to feeling their pain and suffering.
My colleagues in clinical practice understand keenly why some happenings jolt us at the community level, knowing they reflect traumas that we too are witnessing as patterns in those with whom we meet.


I was startled to read about the tragic accident of two young climbers caught in an avalanche in Montana’s Madison Mountain Range. The autumn slide that killed the female climber, who grew up in Bozeman, and the subsequent suicide of her twentysomething companion—her partner in climbing, life, and death.


That two young, fit people in the prime of life should leave us under such horrifying conditions is so disturbing that the unbearable anguish for those left behind is palpable even for those who did not know them personally.


How do we make sense of such a loss in a mountain town where athletic achievement in the great outdoors is venerated more than in most other communities? 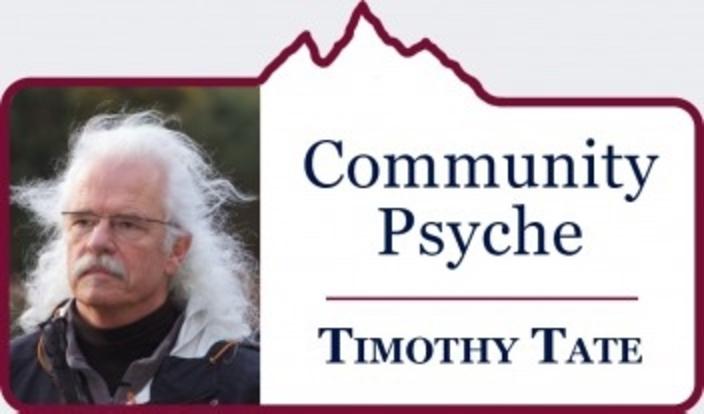 Last week on my weekly radio show on KGLT, I interviewed Bozeman writer David Quammen about the backstory for his novella that, in turn, was recently transformed by filmmakers Andrew and Alex Smith into the acclaimed movie Walking Out.


Afterward, my millennial radio apprentice and I talked about what it means to be a fit man here in his twenties. How timely, how informative, our exchange proved to be.


He shared how members of his generation have been reared with such praise by their parents and teachers that they believe they can do anything they want, almost to the point of believing in their own invincibility. This attitude, combined with instant access to the escapades of peers showering the Internet with selfies about all the grand times being had, creates the compelling illusion that indeed, anything you want to do is possible.


Yet this notion is both unproved and comes replete with brittle, sometimes devastating, reality.


The young man who died, who was remembered as one of the most gifted climbers of his generation, and the young woman from Bozeman described in similar glowing terms, were revered in the eyes of their peers. Hauntingly, the man had recently, in late September 2017, penned this observation on mortality at the website eveningsends.com:


“Over the last few years, however, as I’ve watched too many friends go to the mountains only to never return, I’ve realized something painful. It’s not just the memorable summits and crux moves that are fleeting. Friends and climbing partners are fleeting, too. This is the painful reality of our sport, and I’m unsure what to make of it. Climbing is either a beautiful gift or a curse.”


I will weigh in here.  Part of “the curse” is not only the loss of people close to us and whom others choose to idolize; it is “the curse” of those who are emulating them, never feeling as if they are measuring up unless they are courting a raw edge, defying danger and documenting it.


This is a serious problem in affluent mountain towns where achievement of social status is ordered around lives of leisure and perpetual play.  Not all who play feel fulfilled, and most who dwell in mountain towns cannot afford to perpetually play.  The two young people who died have been eulogized as thoughtful, well-adjusted and full of affection for each other and the outdoors.
But for many it is easy to get lost. For those aspiring to be professional adventurers, gravity—reality— functions as a leveling force against any perspective that might teeter toward visions of self-grandiosity: the mere struggle to make ends meet, in an ever more expensive locale, while trying to keep up with those who don't face similar financial hardships, and, among some who play for a living, an underdeveloped emotional maturity.
The craving to be noticed, to be validated, to hold prestige among peers swirls around prolifically in the psyches of our young. It isn’t new but here it takes a different form.


Heroic greatness escapes most, but you don’t have to be “great” to matter or to register positively in the lives of others. Peace can be found in knowing that who you are is plenty good enough.
Too often, this is lost amid the intense pressure many young people feel to live up to the mantle (burden) of seeking exceptionalism imposed upon them by their elders.


Based on what I’ve witnessed, it has created overwhelming despair involving a fear of somehow being left behind; it often is accompanied by sensations of profound loneliness and episodes of acute anxiety and depression.  If this description resonates, know that you are not alone.

"Many young people feel intense pressure to live up to the mantle (burden) of seeking exceptionalism imposed upon them by their elders. Based on what I’ve witnessed, it has created overwhelming despair involving a fear of somehow being left behind; it often is accompanied by sensations of profound loneliness and episodes of acute anxiety and depression. If this description resonates, know that you are not alone."

The real trial isn’t in ascending the peak or skiing a gnarly fall line; it’s dealing with the mundaneness of grinding out daily existence and doing it in a way that gives us meaning.


So many aspire to secure prestigious brand ambassadorships by outdoing the accomplishments of their contemporaries, which in many ways has caused the antes to rise. The painful need to discover who they are remains after the rush of adrenaline goes away.


And the thinking for many young adults goes something like this: since I can do anything I want, since I have had praise heaped upon me making me believe I am more extraordinary than everyone else, and since I am ill-equipped to handle disappointment, what, then, are my options for coming to terms with simply being normal?
By normal, I mean day-to-day non-spine tingling moments of personal introspection and potential revelation where most of life is actually lived.

My apprentice went on to say how many of his peers are unprepared for their inescapable encounter with this kind of good old-fashioned reality and the challenge of living in their own skin. Instead, they are caught in a desperate struggle to find purpose in the outlandish. In my last column, I referenced the essential human need to craft personal meaning from life’s raw materials, not material possessions or resume items, but this challenge often comes without the reflective value of necessary psychological work.
° ° °

Rites of passage, generally lacking today, used to provide some assistance in this regard. There was a time when village elders had the authority, based in tradition, to initiate the young into a self-realized sense of who they were. The persona of who they had been in the tribe, village, or community, was seen as a shell to crack through rather than an identity imposed upon them to clutch forever.

The erstwhile, often over-romanticized, notion of initiation, was meant to force the young adult into a character-revealing hardship, often involving days of fasting without benefit of food or water, until they had a dream or vision of their genuine nature.


Coming down off the mountain the elders would listen to their dream or vision and give them their true name. The point I am making is that the primal drive to discover our own character does not belong only in the hazy past of history but remains a pivotal factor in modern humans leading a meaningful life in the present.


In traditional culture, people did not go to the mountain to become rich or famous or made more full of hubris. They went, and returned, holding more humility, embraced by other older individuals who reinforced the notion that the power of validation comes from within, by striving to discover who you are.


In more recent generations, this rite of passage often came packaged in basic training for drafted soldiers, or hard physical work on the land or by going down a mine shaft.  Absent these tasks our youth today settle for what I call the ghosts of initiation—securring the driver's license, having the first sexual experience, and getting drunk.


Beyond this, there is a graver danger and that is the impulse to self-initiate. Urban gangs, competitive sports and partaking in fraternity hazing can provide a mimicking of this intrinsic need to initiate.


But more often than not our young are left to thrashing around, trying to experience something, anything, that grabs them by their raw roots and shakes them up: in a word, the extreme. Seeking extreme experiences, be it on snowboard, skis, rock-climbing, whitewater kayaking, or BASE jumping, are examples of risk taking behaviors. But there's another way as well and that is to take powerful mind-altering drugs.


I do not wish to end a column like this on a downcast note. I see many positive things happening quietly in my community where the endgame is not escape but engagement. It's simple things that can add up.


I have noticed, for example, young adults and kids gathering at Hawthorne Elementary School across the street from my office. Once a week, I see young fit women standing on the corners of the school’s block encouraging elementary age girls to run/walk around the block.


Yesterday I went across the street and asked one of the volunteers what it was these girls were doing. She said the program is called Girls on the Run. It is sponsored by a local organization called Thrive and rotates around our various elementary schools aiming at building confidence in young girls and finding themselves in womanhood.


Another group in town, Big Sky Youth Empowerment  aims to support teenagers with a combination of outdoor activities and exercises to build trust and self-esteem. But there are many outlets, including traditional scouting chapters and church youth groups and others where meaningful grounding for those who feel left out or alienated can happen.


The positive encouragement young people receive through these outlets reminds me that there are ways we in our community can step up. We can raise our young to confront hardship and handle imperfection rather than defer that task to later in life when the accumulation of what has been avoided comes calling.
The foundation for psychological development, self-esteem and self-realization is established in youth.  We can do a better job of helping young people find their way.


Our community—many mountain towns—are today under siege from obvious and hidden forces. There are ways to confront and deal with dynamic change. The most effective way I have found to abide complexity is to have a personal practice that enhances a balanced life.
READ: Tate's follow-up to this piece: Chasing Summits and Running Toward the Sun

Increase our impact by sharing this story.

GET OUR FREE NEWSLETTER
Never Miss A Big Story!
Tags: Community Psyche

In Divided West, Sara Flitner Guides All Sides Toward The Radical Middle
Sara Flitner grew up a rancher's daughter in a conservative part of Wyoming and then went on to become mayor of...
Read
Community, Community Change, Culture, Private Lands, Ranching