Why Do We Run Away?

Maybe the only hope we have to stop our towns and wild places from changing is to change our belief that their destruction is inevitable. But, as Timothy Tate writes, it's almost impossible to do 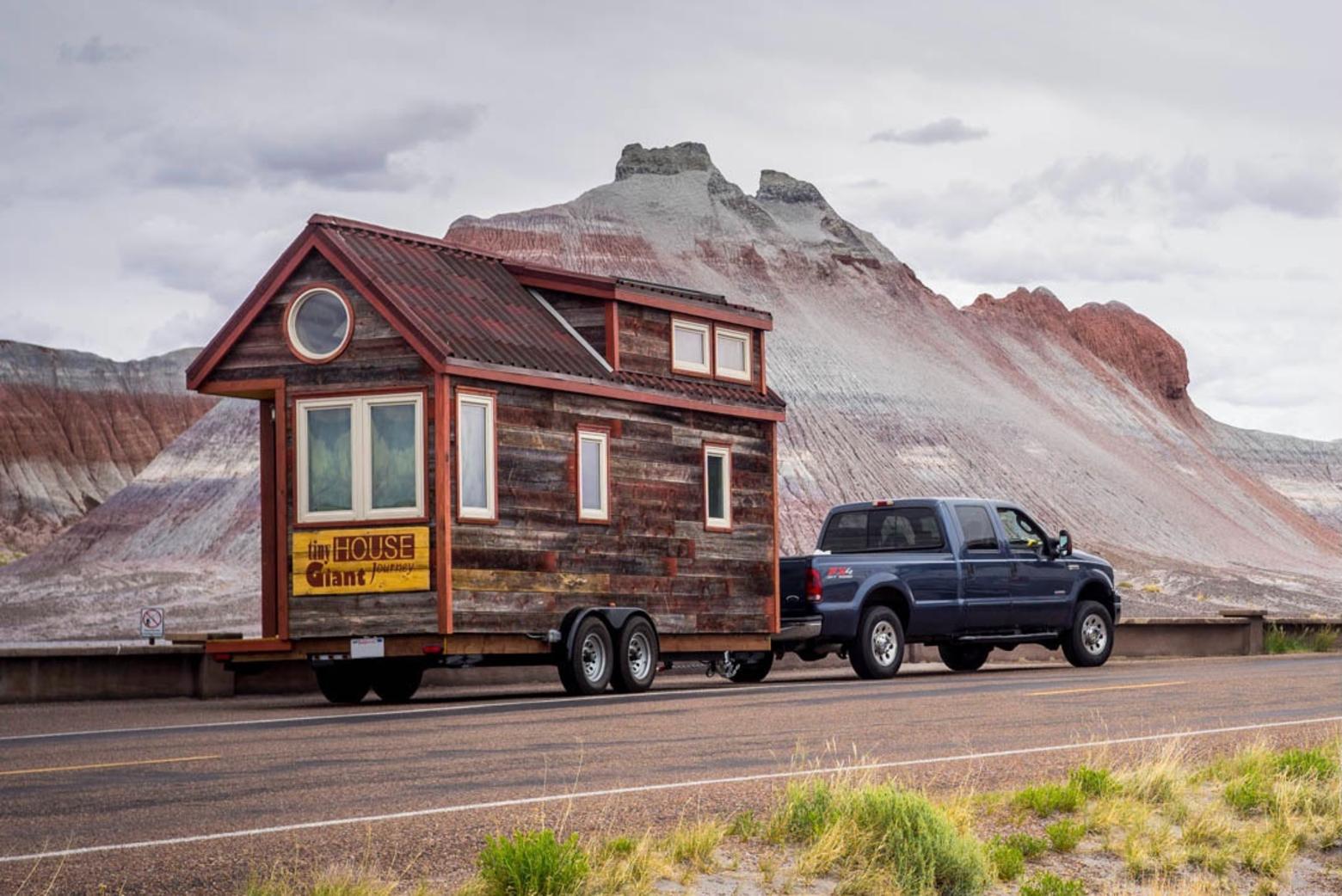 Hitting the road? Many locals in high-growth towns have turned to Zillow to make them feel better about skyrocketing real estate values even as they feel the character of their towns slipping away. Photo courtesy Guillaume Dutilh/CC BY-SA/4.0
by Timothy Tate
Bozeman is undergoing tectonic changes to the nature of our beloved landscape and cultural ethos. We are not alone.
Not all communities in Greater Yellowstone, however, are coping with growth-related issues. Some smaller outposts are dealing with a different kind of existential shock—the pervasive fear among locals that their town is shrinking, losing people, and they realize that if something isn’t done, it will die.
The irony is that a once authentic community can wither at the same time it is growing. What I mean by that is the former core of a community’s essential social self and which may have framed the appeal of the town to newcomers, can evaporate in ways similar to those losing population.
In a boomtown like Bozeman, longtime locals may choose to flee rather than remain and fight a battle to maintain their town’s soul. That’s happened with good people I’ve known in Bozeman and I know it’s occurring in Jackson Hole, too. 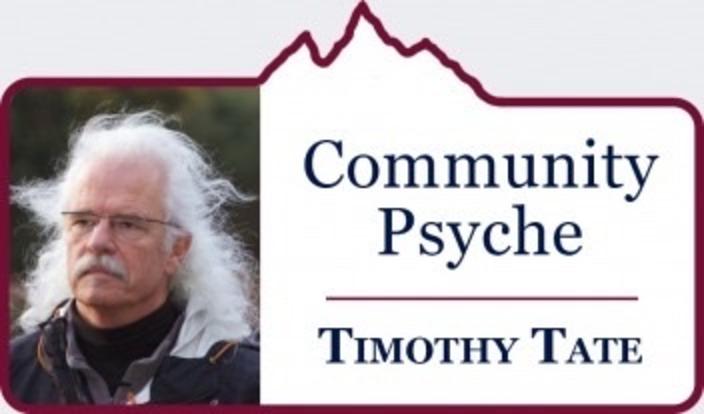 I was thinking of these realities while writing from a campground in an unnamed place near Paradise Valley where I often go to fish. The Yellowstone River has been under angling restrictions due to low water flows and warm water temperatures that stress out trout and leave them more vulnerable to dying if hooked.
Over the years I don’t remember so many stretches of summers that have come under “hoot owl” restrictions that allow fishing only in morning and evening or rivers being closed to angling altogether.
As I sat by the river I unwittingly posted photos of this serene spot and was quickly reminded—scolded— by my tech savvy daughter to not share pictures that identify the places which fill me up, so as to not be guilty of “blowing up the spot” on social media.
As she has made me aware, social media—the seemingly innocuous thing we do to share the joy of being in a particular place—can be a potent force in accelerating its undoing.
I came to the spot to decompress. But then,1100 words into my column typed on my iPad I clumsily struck a key that deleted the entire text. While writing about the loss of our community I experience losing what is dear to me—and now, the words that try to articulate feelings I have about its destruction.
Writers know about such an irretrievable moment when either in a fit of discontent or system malfunction, and with no tech support available, hours of focused writing disappears.
There’s a metaphor here and actually many ways to think and write about the grief many of us in Greater Yellowstone are experiencing that is hard to translate to newcomers unable to appreciate the subtle ways community character is being eroded.
One of the reasons is that few want to write or talk about it; it’s happening; we see it; we sense it; we feel it; we talk about it informally, usually in the forms of cathartic gripe sessions; we complain and friends share the same sentiments. We open up the local newspaper and tourism magazines and they are filled with real estate ads encouraging people to “buy the last lots now before they are gone.”

We feel change; we talk about it informally, usually in the forms of cathartic gripe sessions; we complain and friends share the same sentiments. We open up the local newspaper and tourism magazines and they are filled with real estate ads encouraging people to “buy the last lots now before they are gone.”

We encounter this stuff.  It bugs us but we don’t know what to do. And that’s the problem. The angst we are trying to express paralyzes us and it leaves many feeling numb. The worst thing we can do is be passive and hold it in. We need to raise a ruckus, so loud that the people we elect and the groups we expect to be stepping up do so are listening. As citizens we need to make those who voluntarily put themselves in positions to do something about it, either through civic leadership or advocacy as part of their organizations’ missions, do their jobs.
It may force them to reflect on what their role is—is it to be boosters for growth which creates a set of community problems, or is it to protect the community from the negative impacts of growth most of their constituents probably do not welcome? I would argue the same question applies to federal agencies like the National Park Service and US Forest Service.
In psychology, in my world as a practicing therapist, I understand deflection as it exists in individuals, in organizations, including government land management agencies, and in communities. Rest assured, it’s common.
The first way we fight back is by speaking the truth in clear ways that express what we value about our towns.
This unbenign loss of our beloved countryside and wild places reflects layers of other kinds of loss that haunt our lives. Loss roams the territory of life like a jackal searching for prey. We neither know how it will grab our heart, nor do we want to think about it when it is ripped open.
Recently my wife and I suffered the loss of a 45-year friendship when our dear loved one succumbed to pancreatic cancer, years into a valiant dignified fight. Other forms of loss are less stark, creeping into our lives unrecognized. Loss is certain, but we are not fated to lose community, or landscape, though we become complicit to those kinds of losses when we allow the things we value to be lost through indifference. We avoid confrontation as our excuse to rationalize the argument that losses are unavoidable.
It’s a lot like individual clients who claim that some events, involving their own conscious choice, are unpreventable. The paradox here is that sometimes we are forced to change our own destructive behavior in order to be healthy. Sometimes, we have to change our attitudes in order to confront unwanted changes that are happening in our community.
I ask you: Is it Bozeman, Montana’s certain destiny to become surrounded by unwanted mess of sprawl? Must Jackson Hole and Big Sky continue on their obvious trajectory leading them to become Vail, Colorado where a relentless focus on monetizing outdoor playtime experiences for adults has led to the suffocation of nature?
Must Teton Valley, Idaho, which is now wrestling with plans proposed by developers to markedly expand Grand Targhee Ski Resort continue on a path of becoming a twin sister to Jackson Hole? Will the Livingston, Montana we love vanish in its denial that the spillover effects of poor planning in Bozeman and Gallatin County will eventually reach it like a freight train?

Must Teton Valley, Idaho, which is now wrestling with plans proposed by developers to markedly expand Grand Targhee Ski Resort continue on a path of becoming a twin sister to Jackson Hole? Will the Livingston, Montana we love vanish in its denial that the spillover effects of poor planning in Bozeman and Gallatin County will eventually reach it like a freight train?

The Draper: Another Greater Yellowstone Crown Jewel
Meet the Cody museum dubbed 'the Smithsonian of the West'
Read
Back to home