Compared to her Rocky Mountain neighbors, the state is the only one losing people. Wyoming's leaders have some soul-searching to do 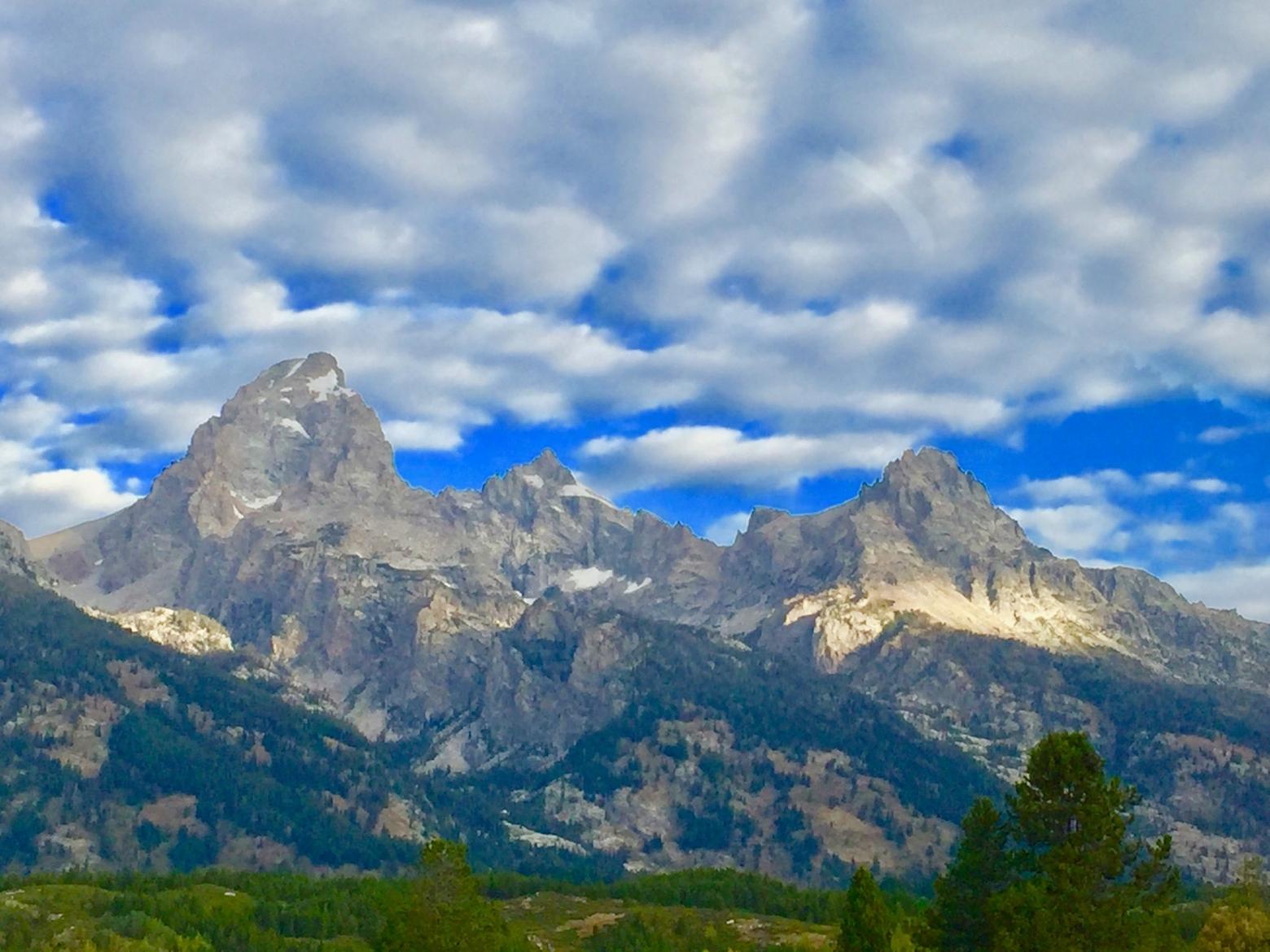 I dearly love Wyoming and cheer for her enduring success. Mirroring the most recent slogans adopted by the state tourism bureau, Wyoming is "Forever West" and "Like No Place On Earth."
But it’s soul-searching time, or at least it ought to be. Once again, elected officials are pondering what to do next after squandering yet another natural resource boom—coal—that policy makers vowed could never happen again.
Wyoming has a rainy day fund, estimated to be about $1.6 billion, and $8 billion more amassed from mineral taxes but the coal industry is reeling. Rainy days may soon become a monsoon.  In 2018, coal mines accounted for about 5,500 jobs or about 1 percent of the state's population, according to the Wyoming Mining Association and The Wall Street Journal.
Ongoing state budget shortfalls are expected to continue as the fortunes of coal tumbles and if a national recession hits hard it may deliver an unprecedented devastating blow. (Given Wyoming's dismal financial picture, some have suggested raising taxes. The state has no income tax and its four percent state sales tax is among the lowest in the country.)
With the state at another painful crossroad, has the moment arrived when Gov. Mark Gordon and his lieutenants might objectively consider why Jackson Hole thrives as an enigma compared to the rest of the state where markedly different cultural attitudes prevail? 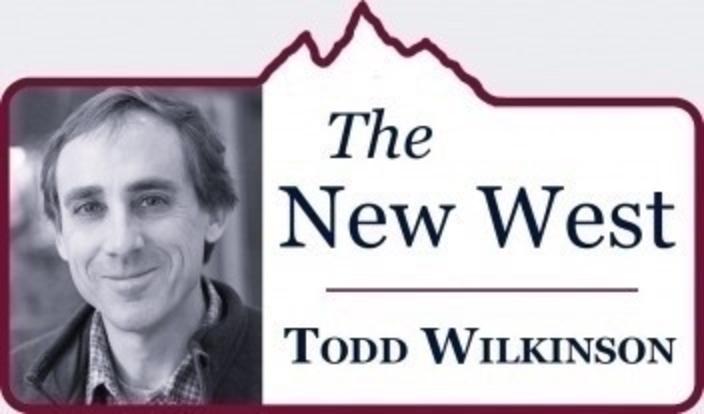 This is not an “us versus them” narrative; divisions already exist; they have for a long time; every legislative session good ideas are brought to Cheyenne in good faith from Teton County legislators, who are committed to the success of their state as much as anyone, but often they are shut down without debate or fair airing.
Gordon is smart. Being well educated and from Buffalo—a real New West town— he understands keenly the shortsightedness that has dominated the state legislature for decades—the false belief that Wyoming can somehow buck trends shaping the rest of the world. And he’s stuck with the consequences of Wyoming failing to diversify its economy beyond traditional extraction with out of state companies treating it like a natural resource colony.
Wyoming has been called the town with the longest Main Street in America but political tribalism has prevented discussions, which need to happen, from ever seeing the light of day. Why? Because they would make people feel uncomfortable. Ironically, that’s the very reason they need to occur, held with a willingness to reflect upon what has best served the interests of the people and what hasn’t.
As a whole, Wyoming is hemorrhaging people while Jackson Hole is swelling with mobile and skilled individuals who enthusiastically want to be there. The attraction involves more than the allure of the Tetons.
Wyoming is the only state in the Rockies, in fact, experiencing net out-migration. Half of Wyoming’s counties, not just those with coal mines and oil and gas fields, lost population. Teton County, meanwhile, is coping with a number of growth-related challenges.
To be clear, Jackson Hole offers no panacea and represents no Shangri-la even for those who dwell there in order to perpetually play outside. Laboring class Wyomingites like to sneer at the sense of entitlement, self-absorption and elitism that they believe emanates from Teton County which, because of its substantial cadre of uber-wealthy second home owners, has one of the richest, per capita, populaces of any county in the U.S. And, at the same time, it's too expensive for school teachers, police officers, firefighters and average families to own a home.
Yes, there's value too in reflecting upon what you you don't want to be, and there's folly in refusing to embrace reality as it is.
In most of Wyoming, Sagebrush Rebels regard federal land ownership as an economic liability yet the federal government (which includes land management agencies, the military, U.S. Postal Service and others) is one of the largest and most reliable employers in the state. In Teton County, with 97 percent of its area being public lands, its presence is a potent engine for job creation and attracting creative entrepreneurs crucial to having a dynamic 21st century economy.
In most of Wyoming, the shriller the right-of-center rhetoric the better the chances a candidate has of getting elected, while in Jackson Hole vocally defending President Trump’s controversial behavior, tweets and actions would get you soundly defeated. Trump carried Wyoming with 67.4 percent of the vote statewide in 2016; in Teton County he notched just 30.6 percent.

In most of Wyoming, the shriller the right-of-center rhetoric the better the chances a candidate has of getting elected, while in Jackson Hole vocally defending President Trump’s controversial behavior, tweets and actions would get you soundly defeated.

In much of Wyoming, Jackson Hole is viewed as a province filled with “socialists” and lefty “communist” "snowflakes.” Certainly, Jackson Hole does have plenty of things to criticize. Yet in the Tetons affordable housing, bike paths, capital facilities supported by taxing visitors and even planning and zoning regulations are embraced as necessary public goods and those social amenities connote a community that is forward leaning, not backward looking.
In most of Wyoming, the science related to climate change is dismissed scornfully by legislators yet in Jackson Hole it would be impossible to get elected by campaigning as an overt climate change denier; in fact, a Teton County commissioner who is a trained geologist authored a report on the economic and ecological impacts of climate change to Jackson Hole.
If you remember, it wasn’t all that long ago that members of the school board in Cody, affiliated with the local Tea Party, claimed readings in established textbooks referencing climate change were based on “junk science” and represented attempts to brainwash kids with radical left-wing propaganda.
In most of Wyoming, wildlife carnivores such as grizzlies and wolves are treated with hatred, the Endangered Species Act is condemned and environmentalists are vilified as enemies, yet nature tourism in Yellowstone and Grand Teton, an exponent of landmark conservation efforts, generates nearly $1.4 billion annually in economic activity.
The tourist spending of about $590 million supported almost 8,700 jobs and it fueled a cumulative economic benefit to the local economy of $744 million, according to National Park Service and USGS researchers. The $512 million spent by visitors near Yellowstone supported 7,089 jobs and had a cumulative economic benefit of $647 million. Two of the top attractions in those parks: bears and lobos, which wouldn’t have been brought back without the Endangered Species Act.
Of course, many of those jobs are not well paying or at least good enough to support a family or prevent a worker from having to commute from an outlying community. On the other side of the state, meanwhile, the average median household income in Campbell County, Wyoming, where most of those 5,500 coal jobs are clustered, was $78,240, according to U.S. census data and The Wall Street Journal.
Families dependent on coal jobs in Gillette could live comfortably on their salaries, that is, as long as they have jobs but now with the coal industry in turmoil, and some of their employers declaring bankruptcy there is fear those large out-of-state-based corporations, many of whom have paid bonuses to their executives, may not honor their retirement obligations. 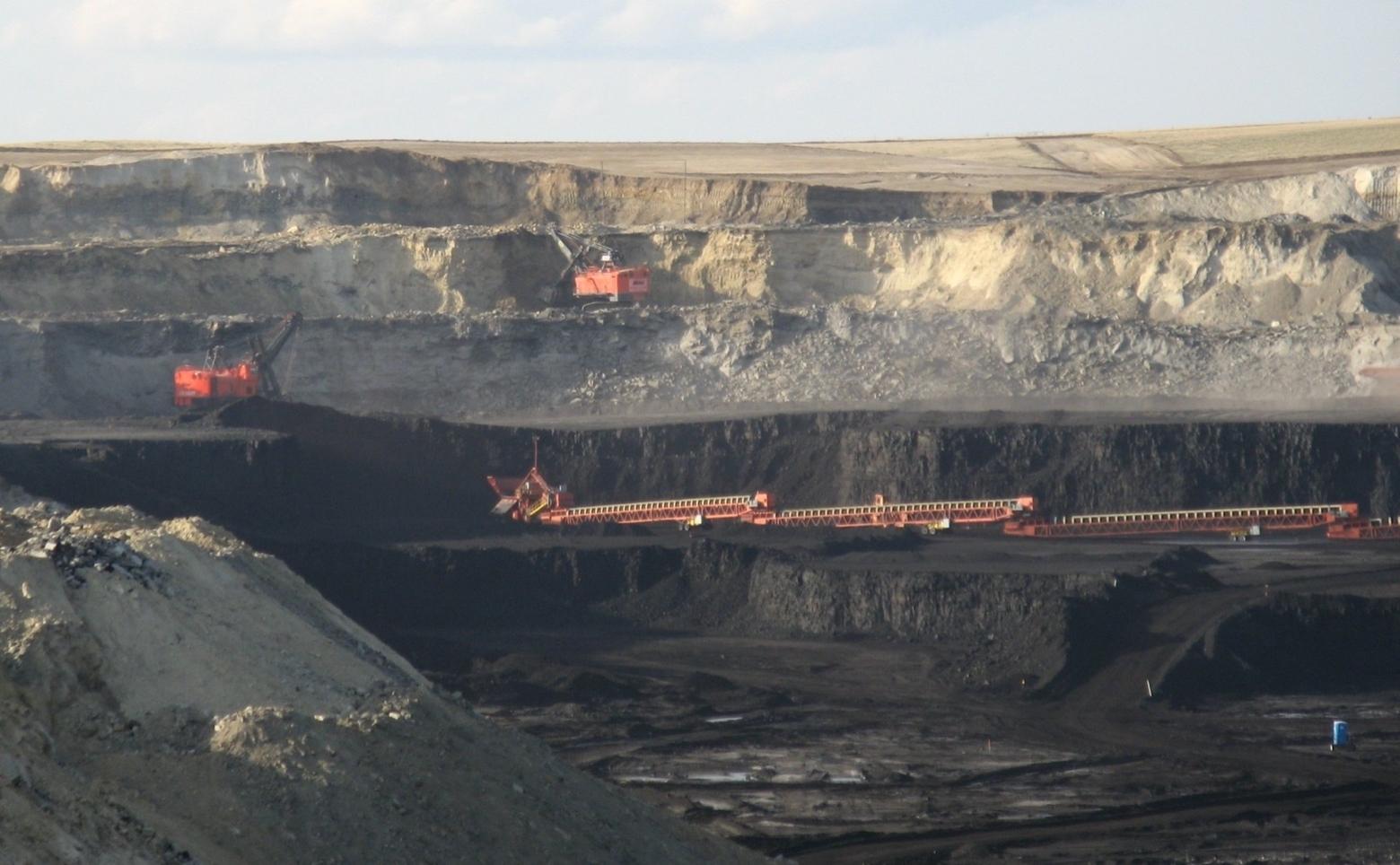 One of several coal mines outside of Gillette, Wyoming which delivered good wages but when bankruptcy struck several companies miners were put out of work. Photo courtesy Greg Goebel/Creative Commons license-Flickr
In most of Wyoming, there is delight when U.S. Rep. Liz Cheney appears on Fox News yet in Teton County she is too afraid apparently to hold a press conference with local media whom she knows would grill her with tough questions. Despite having a home in the Jackson Hole community of Wilson, Cheney knows that were it left to Teton County voters to decide her political fate, she wouldn’t be serving today in Congress. In the 2016 election, she was beaten in Teton County almost 2 to 1 by her little-known Democratic challenger from Laramie, Greg Hunter.
In much of Wyoming, there’s a cultural mindset that condones killing wolves and coyotes by any means, any time of day, any day of the year. It is legal in Wyoming to run down coyotes with snowmobiles for sport and the Wyoming Game and Fish Department refuses to condemn it. But in Teton County elected officials are appalled by its violation of professional wildlife management standards, ethical human behavior and blatant expression of animal cruelty.
In much of Wyoming, the spread of Chronic Wasting Disease is treated with almost indifference compared to action plans being developed in other states yet in Teton County the controversial practice of artificially feeding elk triggering a potential CWD outbreak is a huge worry.
In much of Wyoming, anti-immigrant sentiments in league with President Trump view those coming across the southern U.S. border with Mexico as threats to the American way, while in Jackson Hole the Latino community is the heart and soul of the local service economy and an important part of the evolving social fabric.
Why is Teton County prospering? Why do outsiders, including some of the most successful businesspeople in the world, want to move there? What lessons does Jackson Hole hold for a state not keeping pace with its other neighbors in the Rockies?  Why did leaders in Wyoming double down on their commitment to coal even when resource economists warned them not to?
These are questions Gov. Gordon ought to be talking about honestly and openly, but would voters in most of Wyoming punish him at the polls for doing it?
I love Wyoming dearly and cheer for her success. To revive the state's fortunes Gov. Gordon should be wished good luck. He's going to need it.