Zinke’s Meddling With National Parks Reveals His (Lack Of) Character 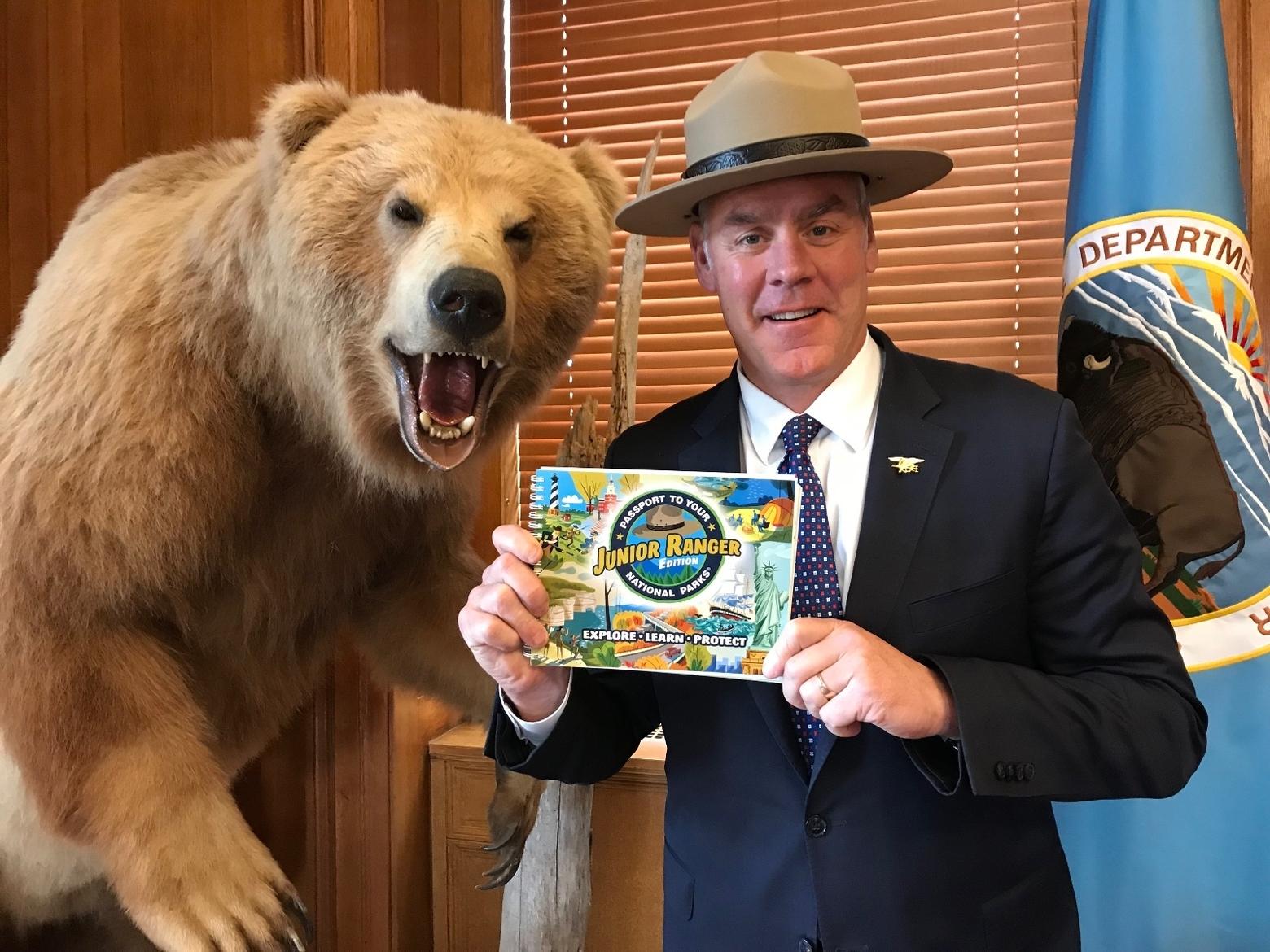 Master of photo-ops? Interior Secretary Ryan Zinke, already considered one of the most anti-conservation cabinet secretaries in modern U.S. history, poses for the camera. Little did Zinke realize that he was wearing the official National Park Service hat backwards, a gesture considered offensive to those who have served in the ranks. Photo courtesy U.S. Department of Interior
Rumors of U.S. Interior Secretary Ryan Zinke’s brazen meddling with senior management of the National Park Service have been brewing for a year. Between then and now, other higher-profile things have happened.
Amid carefully-choreographed photo-ops—portraying him gallantly on horseback, wearing a cowboy hat, donning white gloves like a dandy to ride in a parade and holding phony “listening sessions” on national monuments in Utah—Zinke has become a master of bait and switch.
Invoking “Theodore Roosevelt” and claiming he is the modern incarnate of the most conservation-minded president in U.S. history, Zinke has demonstrated not a sophisticated grasp of the value of America’s public lands, but a profound lack of intelligence when it comes to honoring the near-sacred institutions and laws he is tearing apart.
You don’t achieve Rooseveltian notches in the conservation “win” column by conducting a “review” of national monuments and then, if you don’t gut them as you did at Bears Ears and Grand Staircase-Escalante, get to call yourself a land protector.
You don’t propose doing something bad and then, when you come to your senses or suffer a severe public backlash, get credit for not doing it. 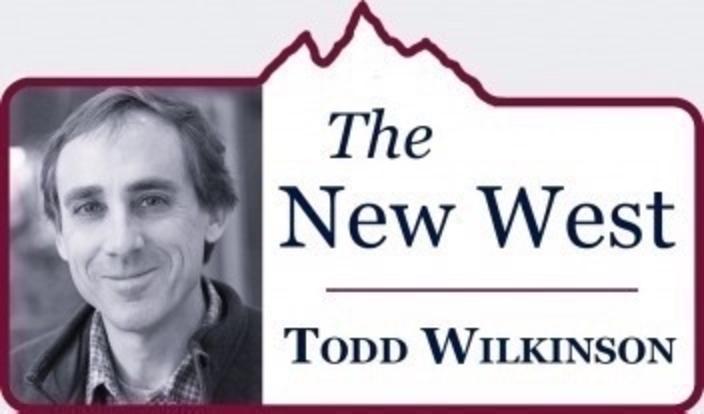 It’s not heroic, Secretary Zinke, when you propose opening up America’s coastlines to expanded offshore oil and gas drilling and then reverse course when your Republican friends in Congress, in a tourist-driven state like Florida, remind you how dumb it is.
In your home state of Montana, there’s nothing noble about claiming the Upper Missouri Breaks National Monument violated private property rights and resulted in onerous federal regulation even though it’s an utter myth propagated by Sagebrush Rebels.
You don’t weaken environmental laws by fiat, make a mockery of the public’s ability to comment on your poor judgment, and propose opening millions of acres of public land to intensive oil, gas and expanded coal mining and then, with a straight face, claim you are sincerely concerned about the interests of hunters, anglers and wildlife migration corridors.
You don’t do such things unless you believe American citizens are too daft to be paying attention.
This week in another expression of bait and switch, news leaked that Zinke and his Interior lieutenants are proposing a massive shake-up of leadership in the National Park Service, allegedly to make the agency better.
Among the reported casualties, if Zinke’s plans are carried out, is Yellowstone Superintendent Dan Wenk who would be transferred from overseeing America’s first national park to the Washington D.C. capital region in the heart of the political swamp.
Wenk previously served as deputy director of the entire Park Service and acting national director.
There is no other way to describe it other than a punitive end-of-career demotion for Wenk, which demonstrates just how clueless President Donald Trump’s Interior Department is.
Zinke’s shameful tactics of micromanagement (and his overt anti-conservation agenda) have attracted suspicion even from government investigators.
Truth be told, Wenk should be, if anything, the new National Park Service director though as he mentioned to me once in a story I wrote for National Geographic: “To be the superintendent of Yellowstone—how could there be a more honorable post in government working on behalf of the American people?”
Far from being a controversial figure, Wenk (like a string of Yellowstone superintendents before him including Mike Finley and the late Bob Barbee) has defended the country’s mother park in accordance with the 1916 National Park Service Organic Act which mandates that resources be safeguarded.
“It is difficult to comment on someone’s exact motives and I don’t know who and what is behind them,” Phil Francis, executive director of the Coalition to Protect America’s National Parks, and a Park Service veteran, said of Zinke. “At the end of the day the end results [of Zinke’s policies related to the Park Service and public lands] have not been good.”
Francis noted how Zinke re-tooled the National Park Service’s citizen advisory board so it’s now comprised almost entirely of people who view parks not as national treasures but venues for commercial exploitation. Notable is that Denis Galvin, a widely-respected retired Park Service careerist was passed over by Zinke because Galvin is considered too resource-protection oriented.
Zinke has proposed pumping billions into addressing the Park Service’s crumbling infrastructure (in order to pack more people into parks) but he seems completely aloof in understanding how budget cuts, sequestration, crackdowns on free speech, and his overt anti-science agenda have decimated employee morale, Francis said.
When the federal government created the Senior Executive Service ranks, part of the motivation was to prevent the heavy-handed political meddling Zinke is now demonstrating with Wenk and other senior-management colleagues.
One thing Zinke could do to redeem himself is halt these ill-advised moves and keep Wenk in Yellowstone where he belongs.
Another is having the courage to meet with Francis. Cumulatively, he and his coalition colleagues have more than 30,000 years of hard-earned experience managing America’s crown jewel and publicly-beloved national parks.
Regardless, Zinke needs to recognize: if he messes with Yellowstone, he’s playing with hellfire.