Chris Wood, the national leader of Trout Unlimited, writes in this guest essay that salmon and steelhead can recover if given a chance. But time is running out 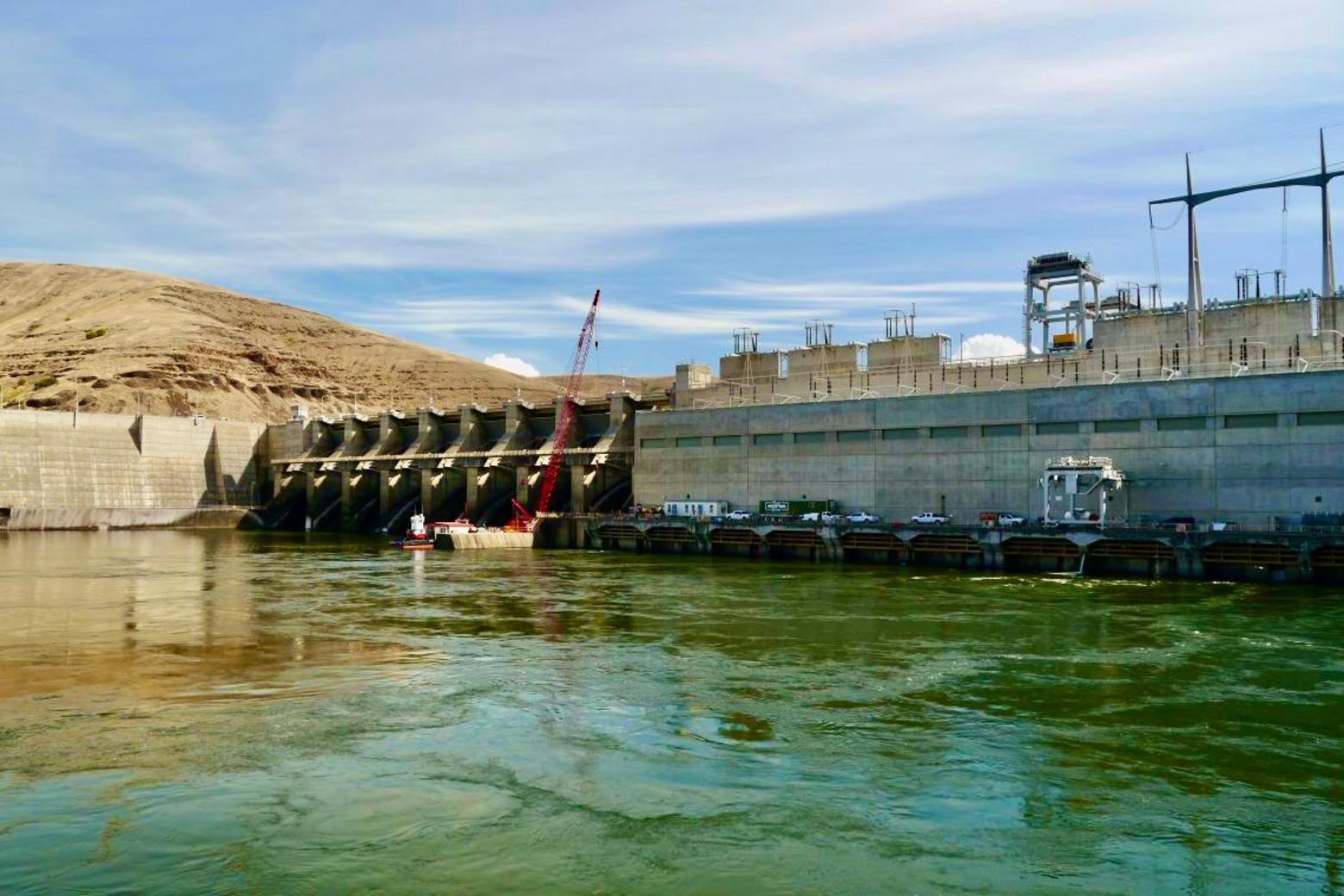 After decades of denial, spiraling fish declines, billions spent trying to re-engineer a fix and irreverence for science, it's now clear that dam removal is necessary if America is going to save its salmon in the Pacific Northwest. Equivalent to the near-extinction of bison, recovery is possible but it requires courage, especially with the additive negative impacts of climate change. Photo of dam courtesy Trout Unlimited
by Chris Wood
Wild Snake River salmon and steelhead are on the brink of extinction, but we can bring these incredible fish back to abundance.
Tackling the most ambitious river restoration project in history with the goal of redeveloping and reinvigorating the Northwest economy is not a challenge, it is an opportunity. Pacific salmon and steelhead connect the Pacific Ocean to the Sawtooth Mountains in Idaho and persist at a mere one to two percent of their historic numbers. Their decline parallels the construction of the four lower Snake River dams.
When U.S. Rep. Mike Simpson (R-ID) unveiled his bold plan to make major investments in the Pacific Northwest’s water infrastructure while also removing the four lower Snake River dams to recover salmon and steelhead, he said, “I want to be clear that I am not certain that removing these dams will restore Idaho salmon and prevent their extinction. But I am certain if we do not take this course of action, we are condemning them to extinction.”

"I want to be clear that I am not certain that removing these dams will restore Idaho salmon and prevent their extinction. But I am certain if we do not take this course of action, we are condemning them to extinction.”  —US Congressman Mike Simpson of Idaho

Let me state without equivocation, taking out the four lower Snake River dams will bring the salmon back.
Wilderness matters
As a nation we have spent about $18 billion dollars in a patently unsuccessful effort to recover Snake River salmon and steelhead. Even though more than 40 percent of the lands within the basin are protected wilderness quality public land, we’ve not been able to restore salmon and steelhead. The Snake River basin, which begins in the Greater Yellowstone Ecosystem, possesses some of the finest habitat for salmon in the world. Once the four lower Snake River dams come down, the fish will come home.
Think of it: water that begins as snowmelt in Yellowstone and the Bridger-Teton National Forest passes through Jackson Hole en route to the Pacific. Residents of Greater Yellowstone have a physical, geographic and ethical connection to possible salmon recovery.
Climate change
The Snake River Basin, in fact, possesses about 50 percent of the current coldwater habitat in the region. By 2080, it is predicted that number will increase to 65 percent of the coldwater habitat. Lower elevation and coastal salmon runs—even those that do not need to traverse eight dams to make it home—may find their historic habitats unsuitably warm as the climate continues to change. Idaho’s mountains and coldwater refuges offer the best hope for a future with abundant salmon and steelhead. 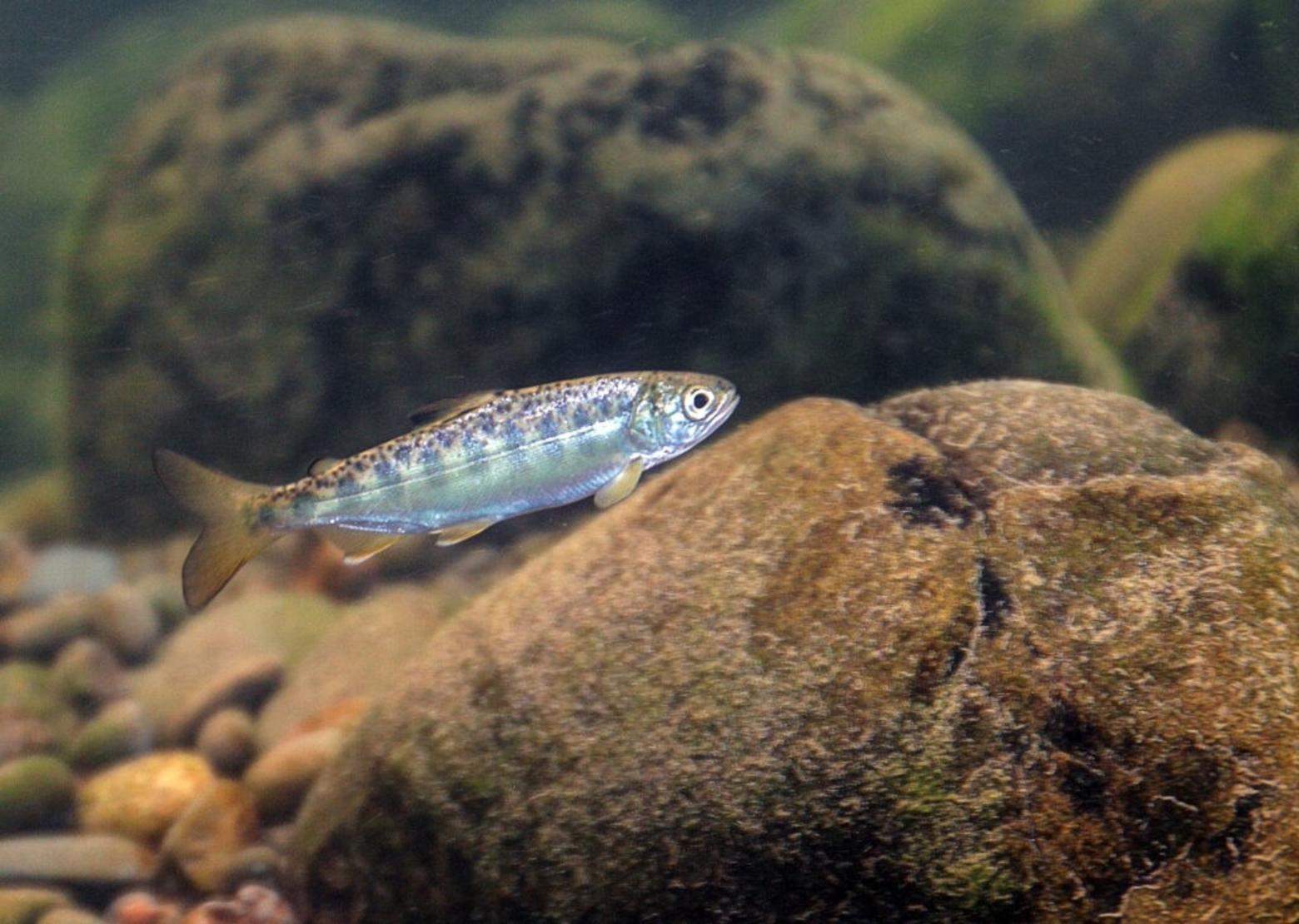 Young salmon and steelhead, called smolts, face a perilous path to adulthood but a journey turned deadly by dams. Photo courtesy Trout Unlimited
Mariners and mountaineers
A friend, who is a salmon biologist, calls Idaho’s salmon “mariners and mountaineers.” Snake River salmon and steelhead are some of the toughest animals on the planet. They stop feeding once they leave the ocean. They then travel more than 800 miles and climb thousands of feet in elevation to return to the streams of their birth. Along the way, they avoid predators (like us) before they get home to spawn. Most of us could not walk 10 miles without stopping for a snack. Imagine swimming 800? These are tough and resilient fish, and if we give them half a chance, they will thrive once more.
SARs (not the respiratory disease)
Scientists use a term called SARs (smolt to adult return ratio) to describe how many adults per hundred baby salmon or “smolt” need to make it back to spawn to ensure healthy fish populations. They say that to rebuild healthy and harvestable salmon and steelhead in the Snake River, we need at least four adult fish to return for every 100 smolts that migrate out to the ocean.

Map showing four dams on the Lower Snake. Graphic courtesy EarthJustice
Salmon in the Yakima Basin traverse four dams and maintain a smolt to adult ratio that is 2.7 times that of the Snake.  Salmon in the John Day basin cross three dams and maintain a smolt to adult ratio that is about 3.9 times that of the Snake.
By the time salmon in the Snake River Basin cross their eighth dam, their smolt to adult ratio is less than one percent. Lest you think this is a new trend, over the past 25 years, the Snake basin has averaged less than two returning adults for every 100 smolt. Biologists from Oregon and Idaho, the U.S. Fish and Wildlife Service, and various tribes estimate that Snake River dam breaching will increase smolt-to-adult return ratios by four times.
From a bathtub to a healthy river
Smolts do not swim back to the ocean so much as they are pushed by higher spring flows. The dams change that dynamic and create slack-water reservoirs that can be lethally hot and full of invasive predators that would not survive in a healthy and free flowing river. Taking out the four lower Snake River dams would return 140 miles of habitat to a naturally functioning river and significantly reduce the time it takes for smolts to make it to the ocean.
It’s up to us
We are faced with a simple choice. We can do something. Or we do nothing. We can just punt; put it off and let it slide. It will be easy to let salmon and steelhead go extinct in the Snake River Basin. Because extinction is the path of least resistance.
Scientists, including some of my closest friends, will tell you that they are confident that bringing down the lower four dams will recover salmon and steelhead in the Snake River basin. But they will not make guarantees because that is not what they do.

We are faced with a simple choice. We can do something. Or we do nothing. We can just punt; put it off and let it slide. It will be easy to let salmon and steelhead go extinct in the Snake River Basin. Because extinction is the path of least resistance.

I am not a scientist, but I know these fish, and their habitat, and understand the science. These fish are remarkably resilient. They have survived across the ages, shaped by changes in ocean conditions, climate and geography. And I will guarantee that if you take down the lower four dams, we will once more see robust populations of salmon and steelhead return to the Snake River basin.
Click here to contact your member of Congress and share your perspective. The opinions expressed here are the author's own and that of Trout Unlimited but not necessarily those of Mountain Journal.. 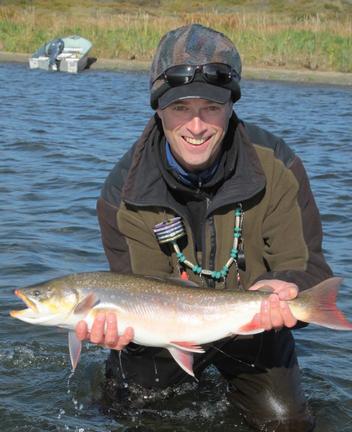 Christopher Wood is president and CEO of Trout Unlimited. Before taking the helm of TU in 2001, he served as senior policy and communications advisor for the chief of the US Forest Service and was instrumental in crafting policy that protecting tens of millions of acres of roadless lands in the West and Alaska.