Jesse Logan Explores GYE Backcountry In From Granite To Grizzlies

Jesse Logan is literally a man of the treeline. Much of his former career as a civil servant was spent studying why forests of the American West live or die from the voracious jaws of beetles.  He amassed an impressive body of work publishing papers as a researcher. He is also revered, even among millennial-aged telemark skiers, for his ability to hold his own off-piste with wayfarers a third his age. Mountain Journal welcomes Logan to its stable of columnists.

“I grew up in Southern Colorado leading a largely unsupervised life along the Arkansas River along with my brother and a few friends,” Logan says. “Our heroes were cowboys, mountain men and forest rangers, not academicians or intellectuals. However, after I got in college, mostly by default, I discovered how fun it was to learn about things and actually ponder how they worked. That led to a career in science and a life of advocacy for the values that were formed in the woods and the waters of the Arkansas River. I hope to express both these experiences, and the passions they invoke, in writing for the Mountain Journal.”

MOUNTAIN JOURNAL: You are an internationally-recognized expert on the insect predators of whitebark pine and other evergreen species, a person described by some of your recreation friends as being a ‘funhog”, a data cruncher who spent decades as a civil servant/researcher in the employ of the United States Forest Service, and now, in semi-retirement, a ponderer with a view of the Yellowstone River and the Absaroka Mountains?  What ties all of the above together?

JESSE LOGAN: Well, first of all I wouldn’t call myself a funhog. I think that word carries the wrong connotation. I would refer to myself as someone whose spiritual essence is founded in wilderness and wilderness, and that is, in fact, what ties all the aforementioned together.

MOJO:  How has being a field scientist shaped the way you think about the world and your approach to arriving at conclusions?

LOGAN: Science is a formalized way of thinking about the world, and natural science is applying that way of thinking to the physical world around us. In essence, problem solving in a formalized way. A part of this process that is often not appreciated by the general public, is an active attempt to falsify the leading hypotheses that explain interesting phenomena. The imperative to falsify what you think to be fact has led to the general misconception that even widely accepted phenomena, like global warming, are somehow controversial or tentative – they’re not. It’s just science’s way of gathering evidence to strengthening hypothesis to principle to a “law of nature.”

MOJO: You have spoken about how your own understanding of nature has undergone an evolution, to the point that you realize the shortfalls of science taking only a cold, analytical, allegedly purely objective approach to interpreting things occurring in big landscapes. Today, you also hold huge reverence for the "soul" of a place, and the intelligence of organisms. You’ve also mentioned your Leopoldian appreciation for recognizing the multiple parts in complex ecological systems. What triggered the change?

LOGAN: I wouldn’t say that embracing a scientific view negates a dual spiritual point of view, and in fact, some of the most passionate champions of the spiritual quality of the natural world come from scientists. Take E. O. Wilson or Jane Goodall, as cases in point, and the list goes on. For myself, I’m increasingly interested in learning, and trying to incorporate, indigenous knowledge and experience within the frame of western science.

MOJO:  How does that work?

LOGAN: As I interact with and observe wildlife in as close to a natural setting that we have left, Yellowstone National Park, I am increasingly aware that not only is there a continuum of what we call emotion and intelligence from other animals to us; but also, by some measures of intelligence, animals far exceed anything we possess. Take, for example, the geographic intelligence of the Clark’s Nutcracker who remembers the exact location (not a few centimeters off, but the exact spot) for thousands of seed caches, widely dispersed across a complex landscape - Now, where was it I put my car keys? What I am trying to say is that there is nothing innately cold about analysis, and nothing innately soft about indigenous or empirical knowledge.
I don’t think anything actually triggered a change, so much as my perception of “complex ecological systems” evolved, first as a kid trying to understand enough about the natural world to be a successful hunter/fisher, through formal training as a “Systems Ecologist”, and finally as an old man trying to better understand my place in a universe that I’m just passing through.

MOJO:   In some of your forthcoming columns you're going to write about the importance of ground-truthing what you think you know, that it is key to maintaining both honesty and humility in your perspective.  What bugs you about the way scientific information is conveyed in today's world and share some thoughts about the public's inability to move beyond simple black and white attitudes toward nature? 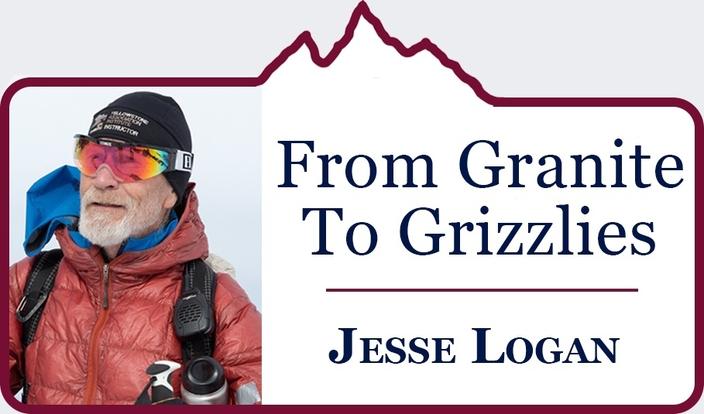 LOGAN: Wow, that’s a wide-ranging question with answers that require a lot of more room than we have here now. Ground-truthing can be formal, as in verifying live from dead trees that have been identified in an aerial photograph, or it can be far more informal, like paying attention to your surroundings in any activity involving the natural world, Catching a big fish is part of fly fishing, but the real essence might be gaining the understanding that streams and rivers are the threads that stitch together the fabric of the landscape.
So far as scientific writing, I had a successful career and made a good living writing articles that almost no one reads, and that is true for most scientists. Scientists largely write for other scientists and in a language intended to be precise, but that is more often than not obscure. It’s little wonder that the general public doesn’t understand or appreciate science, or in particular, the scientific method. There are notable exceptions, of course, but they are few and far between. What is needed is a voice that effectively synthesizes science, culture, and spirituality – in other word, a good story teller.

LOGAN: I know enough about non-linear dynamics to understand critical points, hysteresis, and tipping points. What scares me about delayed feedback is that we may be beyond these critical points before we even recognize there is a problem – and that is even without adding the danger of those who would intentionally obfuscate readily observable evidence for their own personal gain. Just consider this; there is strong evidence for liquid water on the surface of both Venus and Mars, water that was lost on these planets through runaway global warming. Think of that as a bedtime story for your grandkids – and then try to go asleep yourself.

MOJO: You love to ski in winter, flyfish in summer, and generally ramble in wild country.  Share a few thoughts about your philosophy that humans are ethically obligated to protect the things we love.

LOGAN:  For me, there is a simple ethic of protecting the things that add meaning to your own life. Humans are capable of existing in almost unimaginable squalor – take any barrio at the edge of a sprawling third-world city - but it is only ethical to strive for life beyond existence. “Protection” is the key word here, it is not enough to appreciate something; ethics comes about by protecting the things we value, even if we are unable to experience them ourselves.
I may never see, for example, the Great Barrier Reef, but it breaks my heart to learn that it, considered by some the world’s largest living organism, is now turning dead as a result of climate warming and carbon-dioxide loading in the water. It’s my ethical obligation to resist those who would deny, evade, or mislead the public that things like the Great Barrier Reef, or closer to home, the demise of whitebark pine, are anything but indicators of even larger devastation occurring underfoot. The world needs to wake up.
EDITOR'S NOTE:  Photo at top: Jesse Logan in the high winter ramparts outside of Cooke City, Montana.  Photo used with permission of Logan.

Are We Seeking Escape To—Or From—The Real World?
Naturalist Susan Marsh, a maven of the high country, helps us find an answer in the 'wildflower forest'
Read
Back to home