Back to Stories
Climate Change, Economy

What’s Up With 'The Green New Deal' And What Does It Mean For The West? 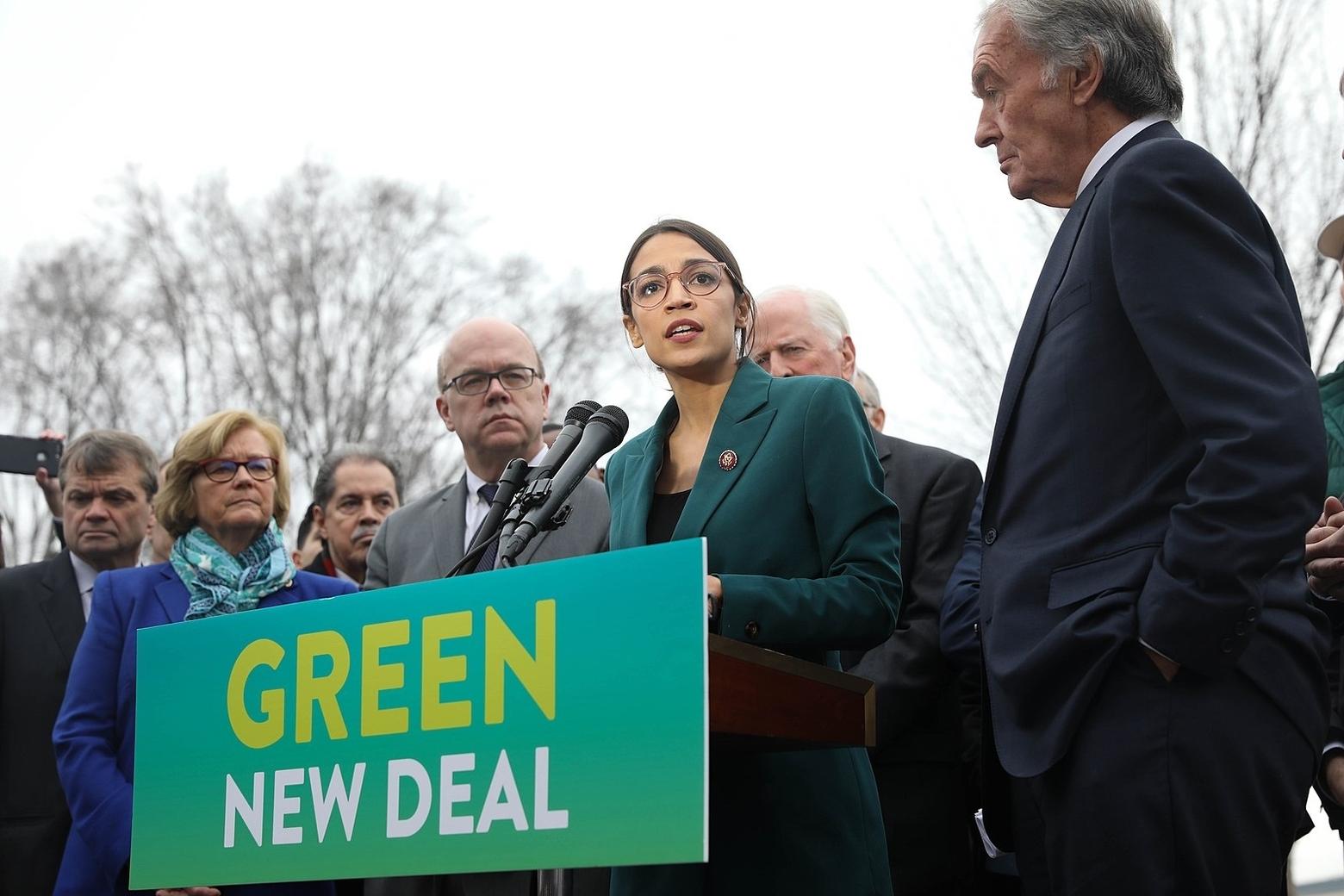 U.S. Rep. Alexandria Ocasio-Cortez joins other Democrats in early 2019 in rolling out details of the proposed Green New Deal. Photo courtesy US Senate Democrats/WikiMedia Commons
On August 21, 2009, The Wall Street Journal reported that “…many scientists say deep emissions cuts are necessary … to prevent … dangerous consequences of global warming,” and also reported that,  "Getting from here to there would require a massive economic shift.”


There’s likely been no better summary of the Green New Deal’s basic rationale. In just these few words, the Journal succinctly stated a dangerous trend of rising emissions, identified how to turn it around, and did that 10 years before the Sunrise Movement caught the attention of newly elected US Rep. Alexandria Ocasio-Cortez. 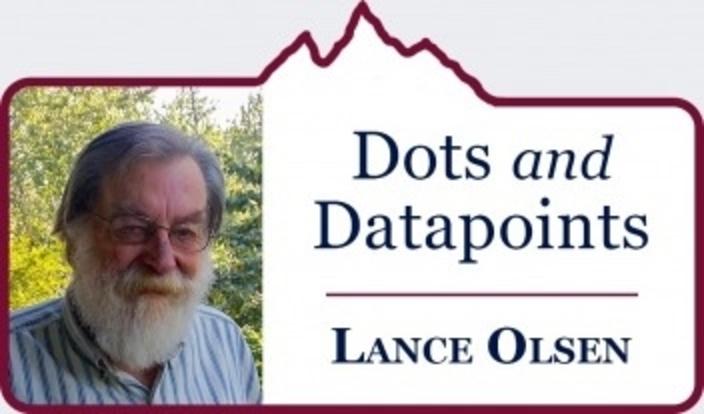 In the intervening 10 years, the emissions problem has become increasingly urgent, and the necessity of major economic shift has become increasingly plain. The details on either the science or economic side of this critical equation can be dazzling, but, then as now, the basic economic shift deemed necessary by the evidence from science is a shift away from financing fossil fuels, with an accompanying shift to financing of renewables. As money goes, so goes much of our lives and times.


For example, just four years after The Wall Street Journal article, and several years before the rise of the Green New Deal, Grist was already reporting that rooftop solar panels could compete against the coal-burning utilities, with utility execs openly admitting the risk to their business. And years before Thomas Friedman, columnist for The New York Times, spoke of the need for a Green New Deal in several different iterations.
So a war against solar began at once, and the attacks were quick and fierce. These attacks, predating the Green New Deal, were early warnings of the broader attacks we see now on the Green New Deal itself.
The attacks on renewables haven’t stopped, and the same old reasons remain the same old reasons. As of February 19, 2019, the Energy and Policy Institute reported on direct attacks being led by the “coal and gas industries that fear competition from the booming renewable energy industry." 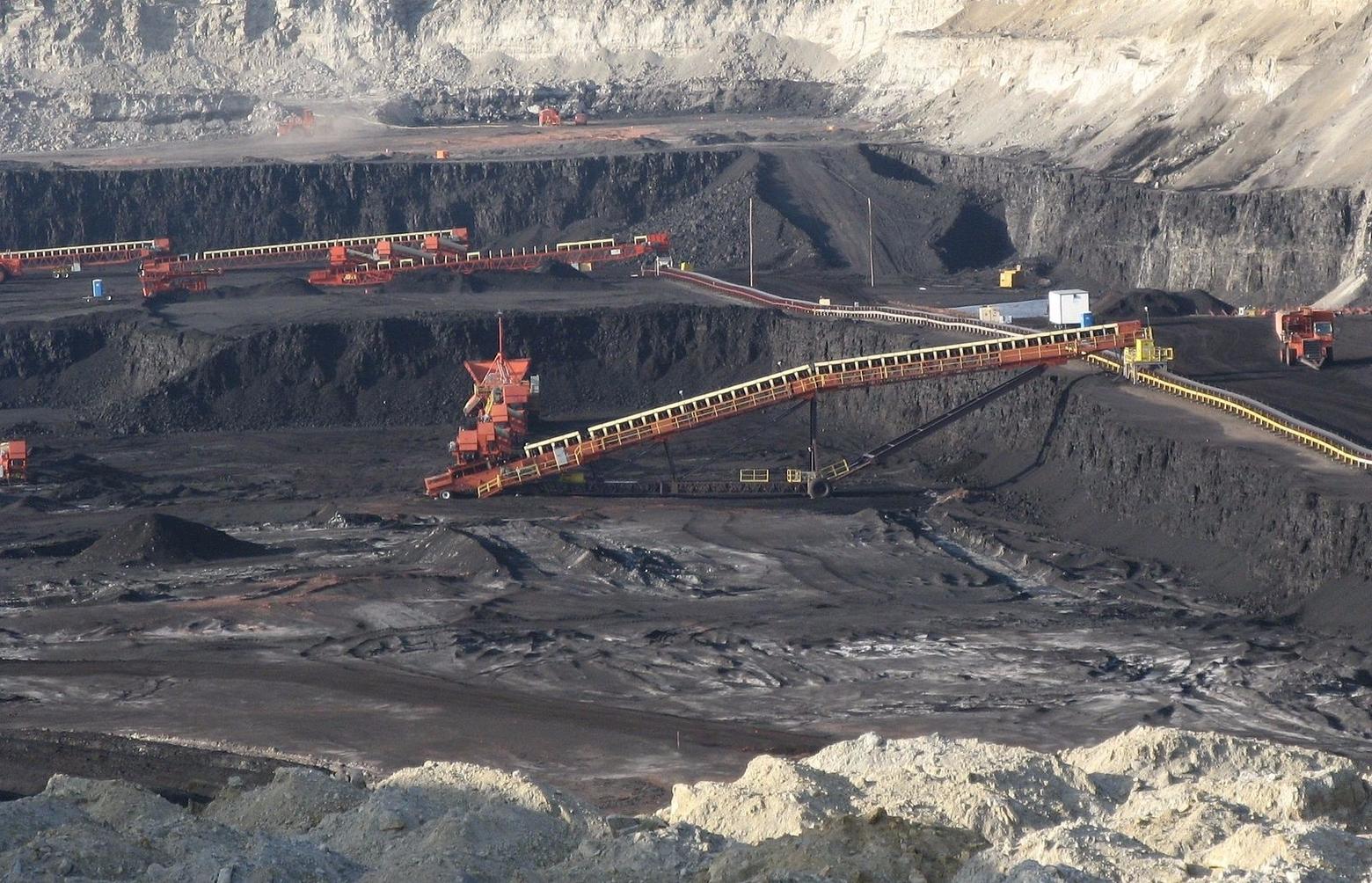 One of the open-pit coal mines near Gillette, Wyoming. This year, at the same time critics were condemning the Green New Deal as a brazen promotion of socialism, state legislators in Wyoming and Montana proposed subsidizing the coal industry to insure its profitability in spite of downcast free-market forces. Photo courtsey Greg Goebel (Yiscm_3b)/Wikimedia Commons
In a way, then, nothing has changed. It’s still the same old big, energetic, even fierce campaign to defend a fossil fuel economy from competition in the form of cleaner economy such as solar and wind.
What’s new is that advocates of the Green New Deal take climate change more seriously than ever before, and are pushing harder than ever for the shift to renewables than ever before. Concluding a lengthy discussion of the good news about the Green New Deal for The New Yorker, staff writer John Cassidy  says, “ The rollout of the Green New Deal may have been troubled, but it has started something.
It’s certainly started fire under the long-resistant Democratic Party. The New York Times reported on March 4, 2019 that Democrats are “preparing to make combating climate change a central issue of their 2020 campaigns — a striking shift on an issue they have shied away from for the past decade."
Something else is new, too. Big Money is clearly at stake, as always. But now it comes with an added intrigue in the form of  Big Fossil Fuel Money endangering lots of other Big Money, leaving the world of business increasingly divided.
Basically, Big Fossil Fuel Money is fighting against necessity to keep fossil fuels in the ground, unsold. Other Big Money is endangered if that doesn’t happen. The most striking example of this new Big Money v. Big Money battle came on scene when the Institutional Investors Group on Climate Change, a group of 415 investment firms managing combined assets worth more than twice the size of the entire Chinese economy told governments to back away from reliance on thermal coal, and to give up subsidizing all fossil fuels, and  to get on with putting a price on carbon.
The net effect is that this mountain of Big Money is pushing in much the same general direction as the Green New Deal. Although definitely not a coordinated effort, this combined push is fundamental to the scale of action that scientists see as necessary to prevent dangerous changes forced on the atmosphere, oceans, land, living species and systems.
There’s no doubt about the need for action at large scale. The recent International Panel on Climate Change special report on 1.5-degree C found that halting the heat short of 1.5C above the fossil fuel era would necessitate "rapid, far-reaching and unprecedented changes."
America’s most recent — fourth — national climate assessment, a product of 13 federal agencies, cited need of “substantial and sustained global efforts."
Count on a nasty fight in getting from here to there. Already, the Green New Deal has been castigated as a socialist plot, ironic given that state legislators in both Wyoming and Montana have advanced bills that would essentially shun free-market forces and provide public subsidies for coal-fired power plants to keep them operational as a way of helping the coal industry.
Any shift of the necessary scale was bound to rock fossil fuel boats, has already been rocking them, and today’s attacks on the Green New Deal are basically grounded in old rage against support of renewables — and their jobs.
The jobs issue is a key factor, one that puts politicians between the proverbial rock and a hard place. The necessary economic shift requires a bust for fossil fuel jobs, and a corresponding boom for renewable industry jobs. I’m always wary of booms, but a jobs boom in the form of a cleaner economy is a boom we greatly need. As hasn’t always been true of other booms, this one has serious, important potential to leave the world a less-damaged, more comfortable, and safer place.
Getting past the bitter old battle against renewables and now against the Green New Deal won’t be easy. But something obviously has to happen. We’ll be seeing how it develops in the next weeks and months, and the precise shape it takes may not be clear for the next couple years.
One thing is certain. The old battle continues, and the push for some kind of Green New Deal isn’t going away.
EDITOR'S NOTE: Read Lance Olsen's last column, Why More Heat Means The End Of The Predictable World As We Know It and Todd Wilkinson's story For Yellowstone And America, Climate Change Brings Our Moment Of Truth

Beholding The Golden Green Goose That Hatched One Of The Richest Counties in America
Teton County, Wyo. Commissioner Mark Newcomb examines the cost—and dividends— of protecting a wild American ecosystem
Read
Back to home