Jackson Hole is unlike any other place in Greater Yellowstone and Phibbs, who is a conservationist-lawyer-musician-recreationist-former politician, helps make sense of what's happening there.

Wyoming natives Hank Phibbs, who operates a law practice, and Leslie Petersen, a conscientious realtor and daughter of a dude rancher, are both former Teton County commissioners. They are also key early figures in the dawn of the post-Earth Day 1970 environmental movement in Jackson Hole.
Simultaneously “west bankers” and “east bankers” today, the Jackson Hole couple lives on the west bank of the Snake River in Wilson yet their home is on the eastern flanks of Fish Creek which flows southward out of the Tetons.  While Jackson Hole in the 21st century is becoming an ever solidifying bastion for more progressive political attitudes, Phibbs and Petersen are well versed in the struggles of the Democratic Party in the state.


We welcome Phibbs to Mountain Journal and look forward his observations of how one of the wealthiest per capita counties in the United States struggles to maintain its once-famous lack of social pretension and close ties to nature.


HENRY “HANK” PHIBBS: I have lived in Jackson Hole since 1972.   Over the span of 45 years, I have witnessed it evolve from a small town summer tourism economy in a landscape whose private open lands were ranch lands operated by old time families, into a sophisticated four season economy with world class cultural amenities, with direct airline connections to 13 major cities.  I have witnessed and participated in the development of a strong conservation and pro-planning community ethic which has spurred the protection of important wildlife habitat and scenic vistas.


MOJO: More than three decades ago, you were among a group of citizens who advanced the concept of the Greater Yellowstone Ecosystem, believing that conservationists, public land managers, local governments and the varying stakeholders needed to engage in bioregional thinking to save species like grizzly bears.  What has worked and what hasn't? 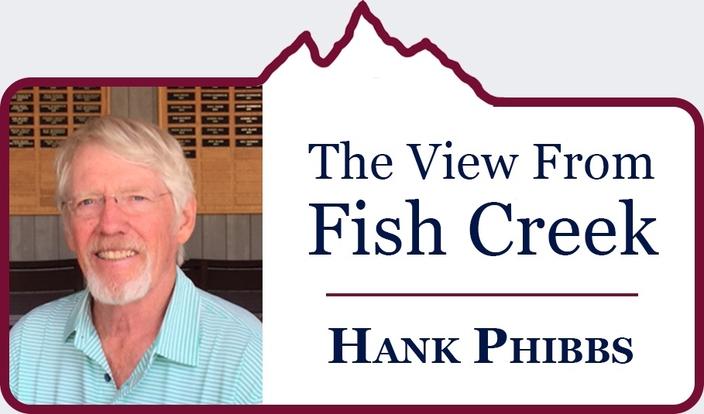 PHIBBS: Before GYC was formed, a small group of us met for a year at various locations such as Driggs, Bozeman and Jackson to develop a shared vision of what kind of organization the GYC should be and what kinds of larger landscape issues it should work on and advocate for.  It was not tied to specific species. The core idea was to gain public understanding and recognition of the larger Greater Yellowstone landscape and the natural resources and issues that stretched across jurisdictional boundaries.  There is a greater public understanding of the larger landscape but functional larger landscape management is still not a management reality.


MOJO: The Teton County Commission, on which you served as an elected official, is by far the most forward-thinking county commission among the 20 in the Greater Yellowstone region.  And yet despite a high level of public awareness about the necessity of good land use planning to save natural values, Teton County faces enormous challenges.  What are some of the big ones that people from beyond Teton County might not be aware of.


PHIBBS: Teton County’s greatest challenges have always been, are and will continue to be based on and driven by extremely limited appropriate space for development and extreme growth pressures, along with landscape-limited transportation corridors.


MOJO: Why do you think there is so much animosity toward Teton County and Jackson Hole by the rest of the state.  The anti-environmental sentiment also seems ironic given how conservation has been a huge driver of reliable economic prosperity, the kind that has eluded much of Wyoming?


PHIBBS: As someone who grew up elsewhere in Wyoming, I am familiar with the xenophobic attitudes that people around Wyoming have about Jackson Hole.  It is different from the rest of Wyoming both in terms of its landscape and its culture.    The economy and culture of the rest of Wyoming are mineral and agricultural based, in contrast to the economy and culture of Jackson, which are landscape, wildlife, recreation and tourism based.


MOJO: You are married to Leslie Petersen, who grew up on a famous dude ranch near Dubois, is, like you, a naturally-evolved conservationist and who ran for governor against Matt Mead.  When the two of you visit, what are some of the areas where you think the press has really fallen down on the job in its coverage of issues related to Wyoming's future and protection of the assets that sets our region apart the world over?


PHIBBS: Although Leslie and I have not discussed your question,  my sense is that there is no natural press voice for the Greater Yellowstone.  The papers in the communities around the Greater Yellowstone are naturally focused on their local issues and perspectives and there is no publication that speaks to and for the larger landscape and its cross jurisdictional, watershed and migrational perspective and issues.    It is my hope that the Mountain Journal can fill that void.


MOJO: Your late father, Brendan, was a decorated World War II veteran who served wounded soldiers on the front lines and was among the liberating forces at the Dachau concentration camp.  Like your Dad, you are tenacious.  Your father gave you advice early in your life.  Do you find that mantra valid in thinking about the enormous challenges that are bearing down on Greater Yellowstone and what advice would you impart to young people?


PHIBBS: When my siblings and I would complain about something in our father’s company he would often reply that “Surrender is not an option.”   I have been inspired by that approach in many aspects of my life and share it with younger folks in the next generation.
EDITOR'S NOTE:  In photo at top, Hank Phibbs, right, and Todd Wilkinson, founder of Mountain Journal, discuss issues facing Jackson Hole at the 2014 SHIFT Festival in Jackson Hole. Photo by David J. Swift
Increase our impact by sharing this story.

GET OUR FREE NEWSLETTER
Never Miss A Big Story!
Tags: The View from Fish Creek