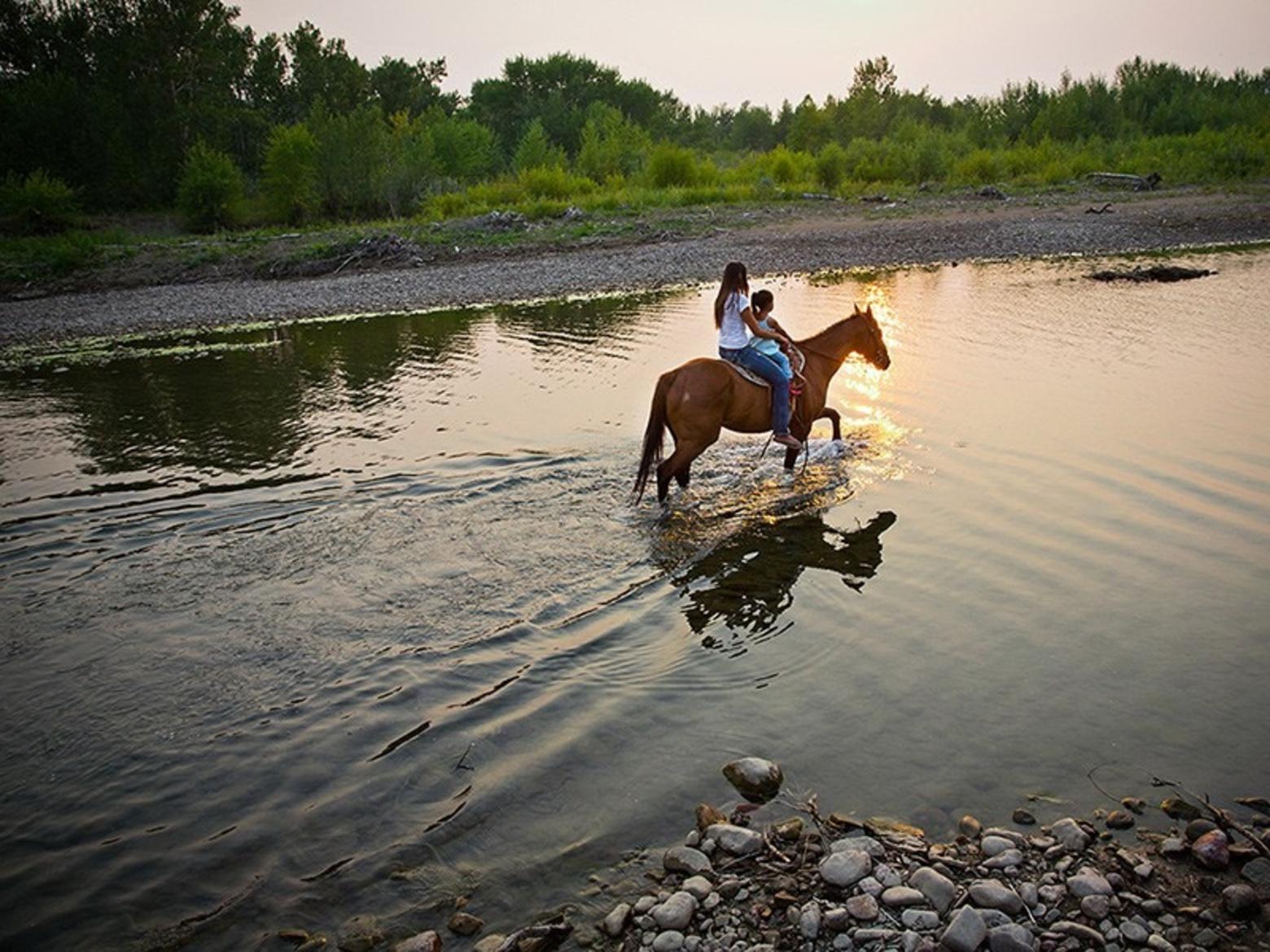 Kendall Edmo takes her daughter on a horseback ride through Blackfeet country in northern Montana. Photo courtesy Rebecca Drobis (rebeccadrobis.com)
After centuries of European colonialism which reached the far corners of the globe and wreaked devastating havoc on indigenous cultures, First Nations peoples are regaining their independence and  exercising sovereign self-rule over traditional homelands in varieties of powerful ways.
From  tribes in North America to ancient aboriginal communities in Australia, and from South America to Africa and Asia, native people are charting a new course, using time-tested knowledge to set a different course for the future.
Now a new report from the Wyss Foundation, The Path to Conserving 30 Percent of the Planet by 2030: Perspectives from Indigenous and Local Conservation Leaders, shines a spotlight on some of those efforts. As the report notes, many First Nations entities are adopting strategies for confronting human-caused climate change—its ripple effects not only transforming the places they’ve inhabited for millennia, but also threatening the persistence of plants and animals they relied upon for sustenance.
Rallying in common cause and holding authority over vast stretches of land and water, First Nations figure prominently in a larger grassroots effort fast gaining momentum. It aims to convince governments to commit to protecting 30 percent of the planet by 2030—even more by the end of the century.
In this third decade of the 21st century, there's: growing recognition that healthy functioning ecosystems are essential to the survival of humans and serve as the foundation of cultural, social and economic resilience.

Sea ice, where seals rest and bask and where polar bears prey on them, has been important to the survival of both species. But with warming temperatures sea ice is winnowing and the Inuit in northern Canada are literally watching the world they know melting away with climate change. Painting by the great Wilhelm Kuhnert
One of the case studies in the Wyss report focuses on the High Arctic in the Canadian territory of Nunavut where warming oceans are melting sea ice that has been the cornerstone of subsistence for the Inuit and other peoples in the far north. At risk are polar bears, seals, walruses and whales, the hunting of which have been a source of food, cultural cohesion and oral history no different from tribes tied closely to salmon and bison.
Another vignette of place highlighted in the Wyss report is the Badger-Two Medicine located along the Rocky Mountain Front in northern Montana. Part  Today it's an area of still -pristine drainages regarded by the Blackfeet as sacred and where indigenous leaders have worked with conservationists for decades to halt proposed oil and gas development.
The Badger-Two Medicine was taken by the US government along with adjacent lands that became Glacier National Park and the Bob Marshall Wilderness. In fact, Two Medicine Lake in Glacier Park is one of the more important cultural sites to the Blackfeet and a place where vision quests were done. Some 19 different tribes have asked the federal government to withdraw all leases controversially granted in the Badger-Two Medicine and all but one has gone away owed to public pressure.. 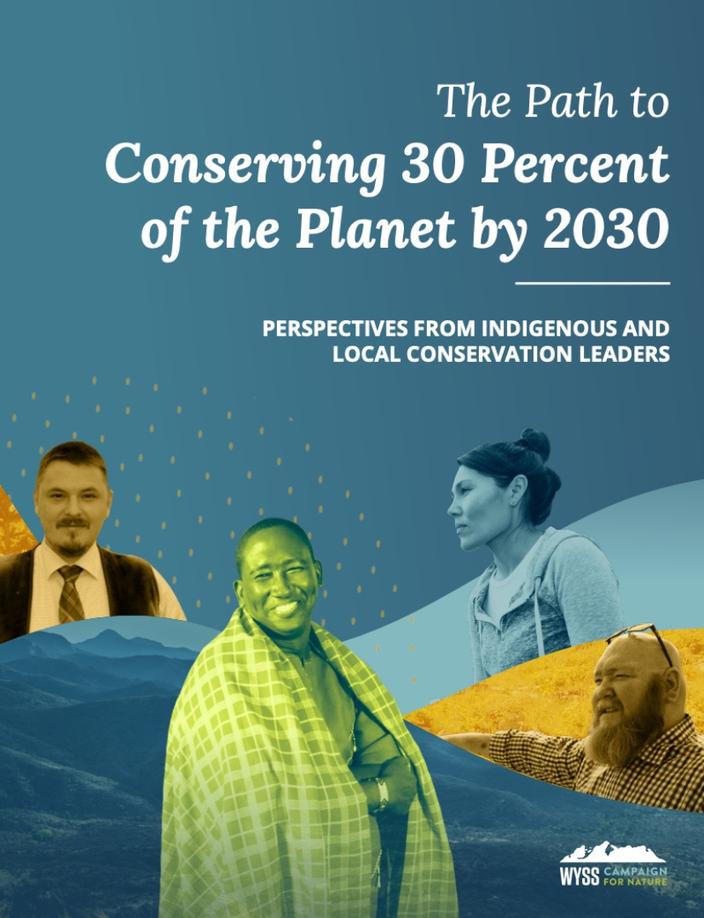 Native people did not need grocery stories, he said in an interview. Survival over thousands of years was based on understanding the nutritional and medicinal importance of hundreds of different plant species. Through his award-winning cookbook, lectures and hopes to open restaurants featuring indigenous cuisine, Sherman says non-indigenous Americans are only now discovering the importance of native knowledge. 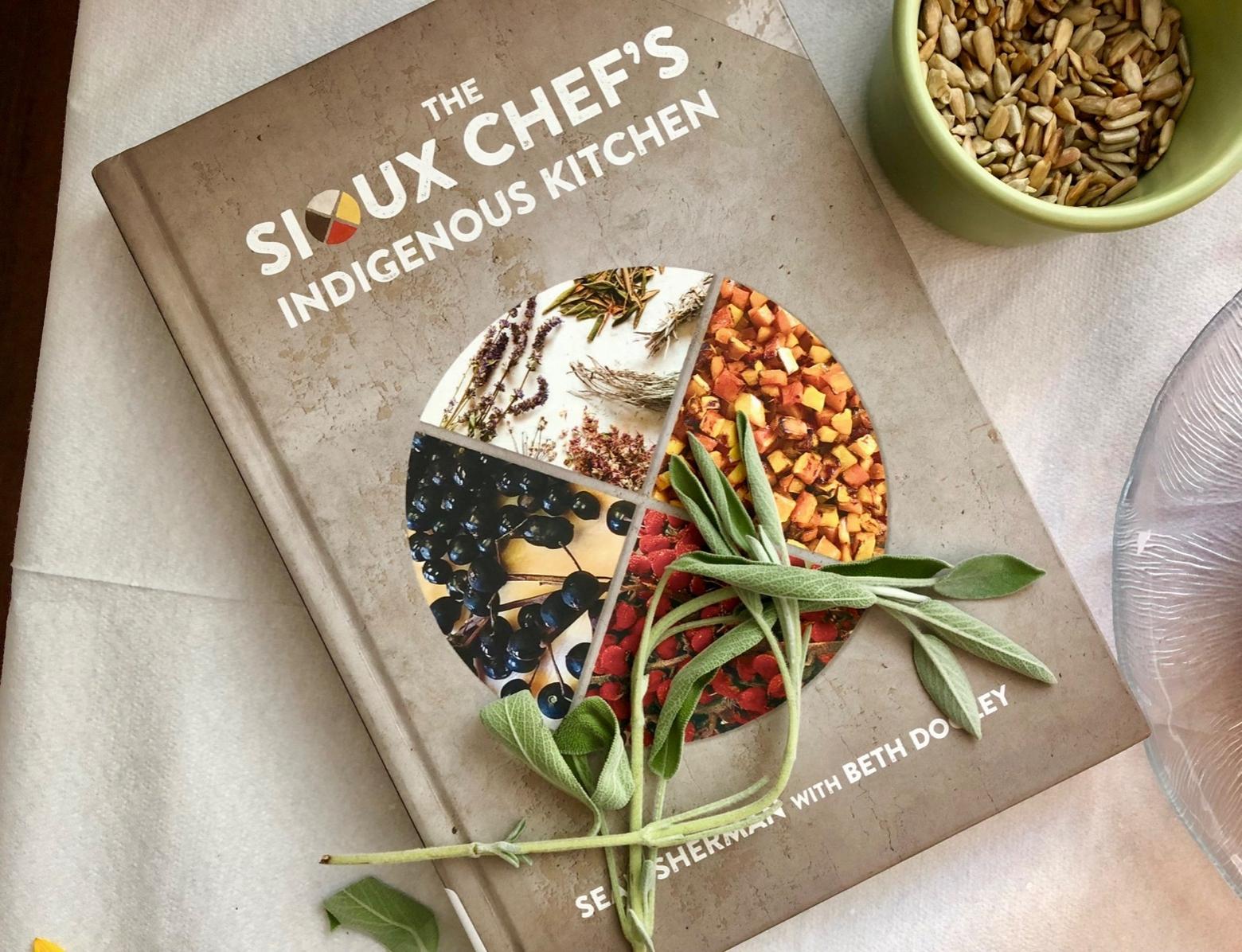 Sean Sherman's book, co-written with Beth Dooley, won the prestigious James Beard Award for Best American Cookbook in 2018.
Historically, more than two dozen different indigenous tribes regarded the Greater Yellowstone region as a tribal homeland, hunting ground or point of pilgrimage.  Across the US there are more than 570 officially recognized tribal nations and 326 reservations. Slightly less than half of the officially recognized tribes are located in Alaska .
About 44 million acres are tribal trust lands and 11 million more are individually owned. The largest is the Navajo Nation with more than 17 million acres.  Land ownership and water rights also translate into political and legal power with tribes not having to defer to the US federal government which has been slow to respond with a coherent strategy for confronting climate change.
In a scientific paper that centered on the role indigenous lands may have for conservation and published in the journal Nature, 20 authors wrote, "Approaches that take into account Indigenous Peoples’ unique ties with nature and their extensive Indigenous Knowledge are providing pathways that re-evaluate existing conservation frameworks.. As such, this will open up myriad opportunities for partnerships between conservation practitioners and Indigenous Peoples to create mutual benefits."
Thinking more broadly, McUsic says there is much to learn from indigenous cultures that have a record of enduring through difficult times and adapting to changes and the lesson is having a more harmonious relationship with the land. She sees the “30 by 30” movement—protecting 30 percent of still-natural Earth by 2030—as being important on a number of fronts, not merely conservation and environmental.
“For the sake of all living beings, we believe this work should be supported, scaled-up, and replicated across the globe by supporting the rights of indigenous peoples in compliance with the United Nations Declaration on the Rights of Indigenous Peoples and free, prior, and informed consent,” she says.
EDITOR’S NOTE: Read the essay by Kendall Edmo (Piikani/Blackfeet) about her tribe’s efforts to protect the Badger-Two Medicine in Montana.