In Watercolor Diary, Sue Cedarholm Documents The Eclipse From The Floor of Grand Teton National Park. 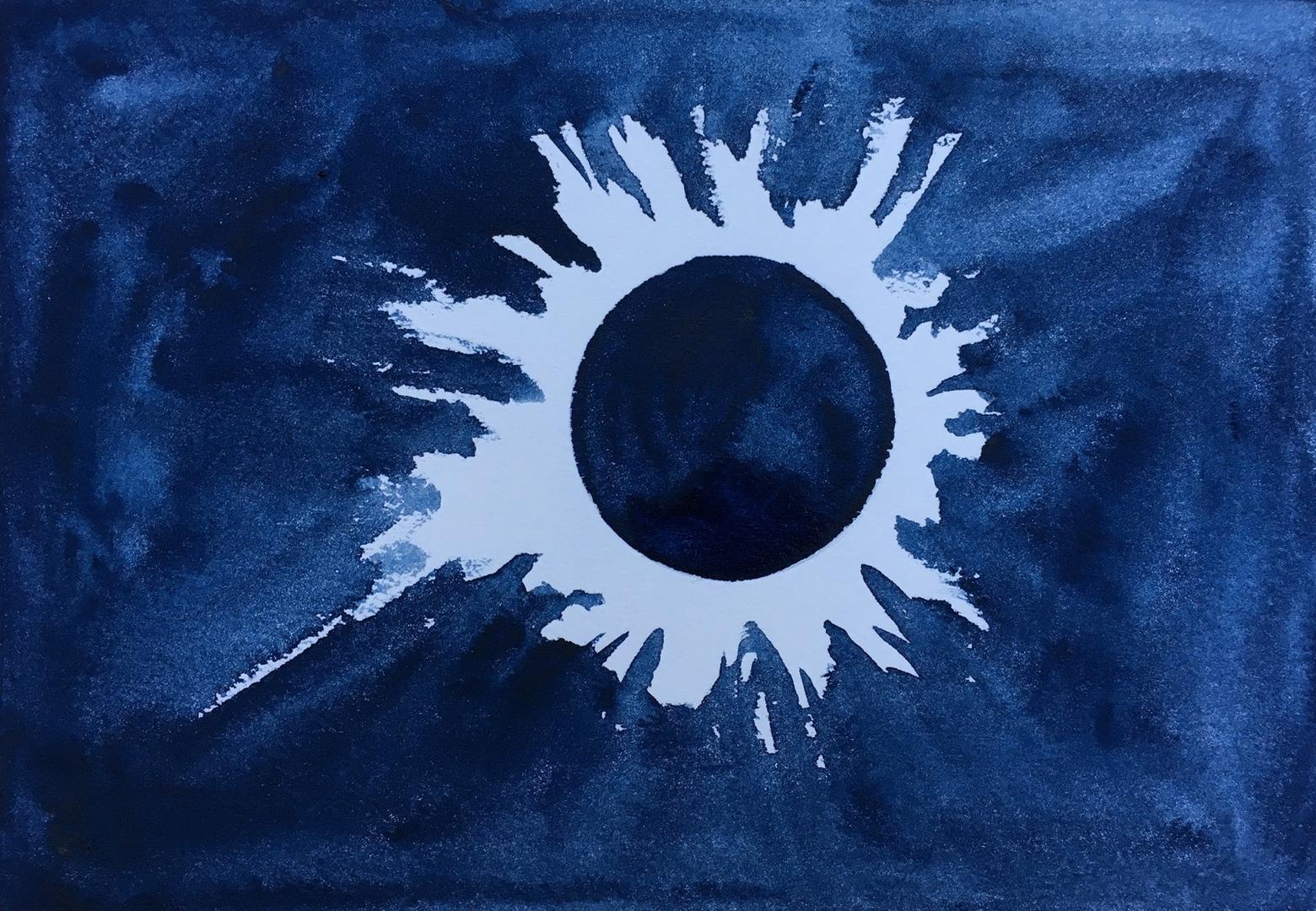 "Totality," a watercolor painting of eclipse in Wyoming by Sue Cedarholm
I don't care if it sounds trite: The solar eclipse was the one of the most amazing things I have ever experienced. Here in Jackson Hole we were in the path of totality. Tens of thousands of people, if not more, were expected to come for this event. Government officials had been planning for years on what to do with all the people. Some predicted mayhem. A couple of days prior to the eclipse the grocery store shelves were bare, everyone stocking up for this spectacle.
Yet town was quiet, especially quiet for summer. We were all asking, “Where is everyone? Are they really going to arrive?” 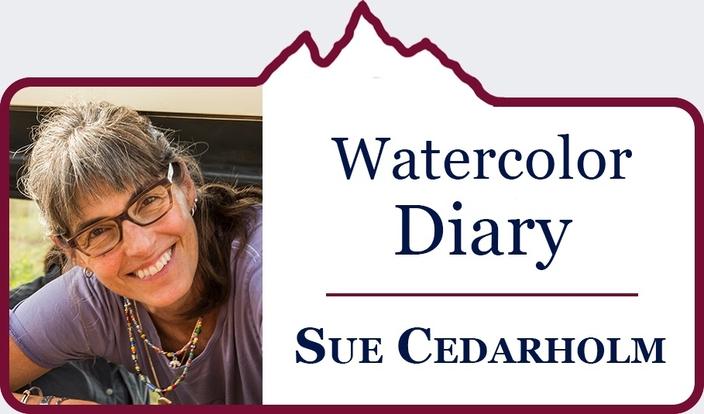 An answer arrived on August 21, morning of the eclipse. I was riding my bike up to Grand Teton National Park to watch the eclipse with my daughter. People were out all over town, walking to Snow King to hike the summit, bicyclists everywhere, a feeling of holiday.

Along the bike path all the way to the park every turn out was filled with cars, people in lawn chairs, coolers out, cameras with all sorts of strange filters on them. It was a human convergence on a landscape level.


We rode up past the airport and set up our spot in the sagebrush. We took the required selfies with our eclipse glasses on, settling in for the show in the sky. As the moon covered the sun the temperature slowly dropped, the light became eerie, but not really night in day.


As the sun became this tiny little sliver I was thinking when will it get dark? At totality the glasses no longer worked. I took them off and could not believe what I was seeing - the moon— a black circle with the most amazing white flares coming out on all sides. I got goose bumps, everyone around us was cheering and clapping.


Unbelievable! It was now nearly pitch dark. The totality lasted just over 2 minutes. The moon moved off, the temperatures quickly warmed, the traffic picked back up, the day became just another hot summer bustling day in the Tetons. It was surreal.  For the rest of the day, everyone I encountered was still in awe.  A sight I will never forget. This painting is my memory etched more in my mind.

Bench Marks: The People And Places Lifting Us Up When We Are Down
Psychotherapist Timothy Tate: It's tough work fighting to save the communities we love and finding ways to avert the trail of...
Read
Grand Teton National Park, Jackson Hole, National Park Service

Is David Vela The Next Chief Of The National Park Service?
Grand Teton park superintendent rumored to be top pick. Would be first Hispanic-American to oversee agency
Read
Back to home