Is David Vela The Next Chief Of The National Park Service?

Grand Teton park superintendent rumored to be top pick. Would be first Hispanic-American to oversee agency 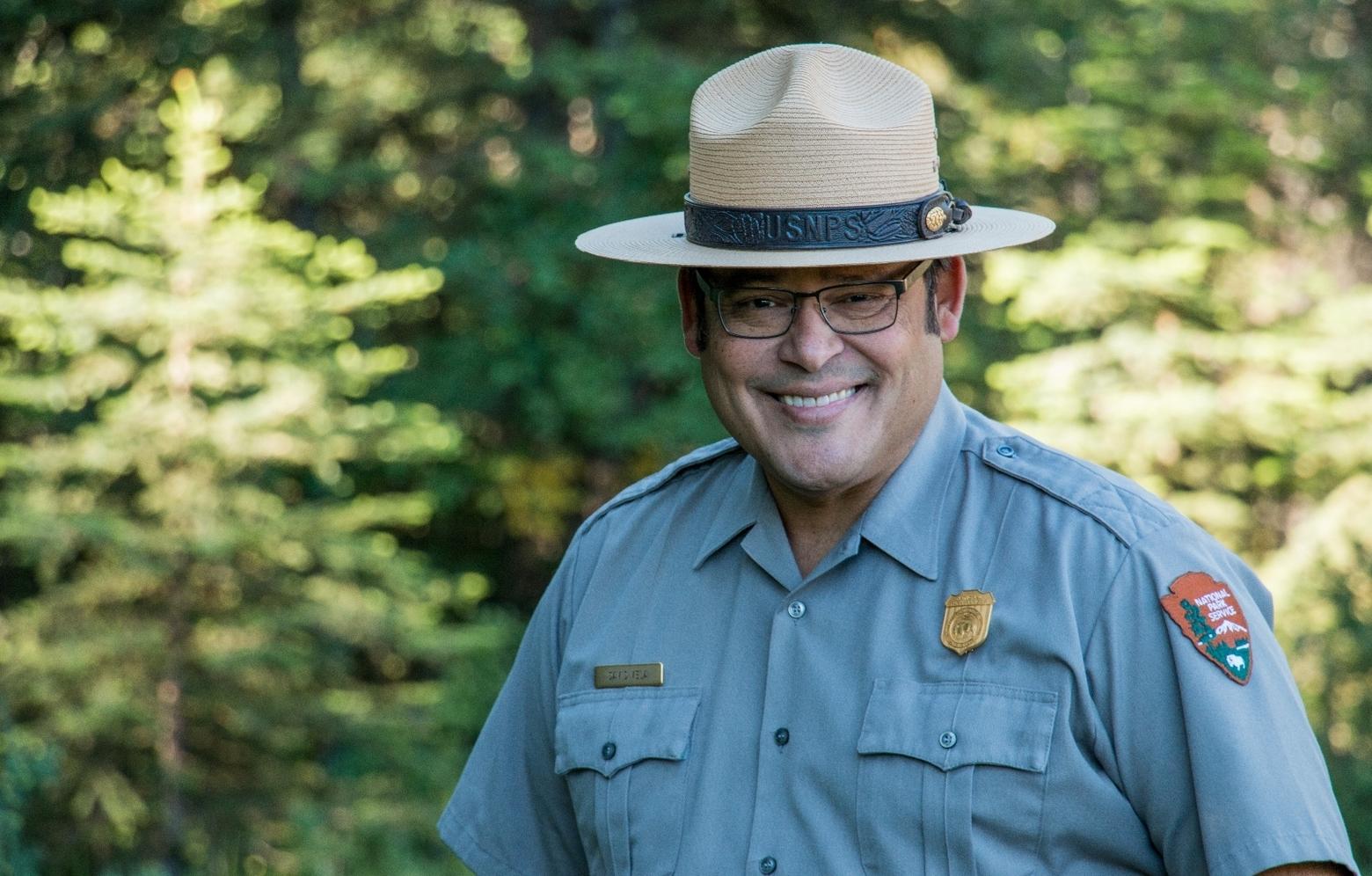 Grand Teton National Park Superintendent David Vela Photo courtesy NPS
E & E News is reporting that Grand Teton National Park Superintendent David Vela is the Trump Administration’s pick to become the next director of the National Park Service.
Mountain Journal learned of the news Monday morning from a source but refrained from reporting it without receiving official confirmation.
Requests for interviews were sent Monday to Interior Department spokesperson Heather Swift, as well as the Washington DC office of the Park Service and to staffers on Capitol Hill who would likely be involved with Vela's confirmation.  None of those requests were answered.
When reached Monday, Grand Teton’s chief of public affairs Denise Germann said she had no knowledge of Vela’s selection. However, Vela did send Mountain Journal the following statement Monday night, "I am deeply humbled by the rumors and speculation, and if true, would be honored to serve."
If the selection is true, it would be a history-making move on several fronts. Vela, a native of Texas, would be the first Hispanic-American to lead America's renowned system of parks and cultural sites that includes 417 units. He would also to be the first director tapped directly from Grand Teton. His tenure in Jackson Hole means that he is conversant in myriad issues shaping the Greater Yellowstone Ecosystem, including the fact that the health of national parks is linked to the stewardship of lands outside their boundaries.
Mountain Journal will have a complete story if and when the details in E & E's report can be confirmed.
Meantime, the following is the text of Vela's official bio provided by Germann and shared here, verbatim:
"A 28-year career veteran of the National Park Service (NPS), David Vela began his tenure as superintendent of Grand Teton National Park and the John D. Rockefeller, Jr. Memorial Parkway in March, 2014. Vela manages more than 310,000 acres of park lands, including the spectacular Teton Range that serve as home to iconic wildlife from bison to grizzly bears as well as 51 miles of the wild and scenic Snake River. In addition, he manages a budget in excess of $12 million dollars, millions of dollars in construction projects, and a permanent and seasonal workforce exceeding 400 employees.
Prior to assuming his current post, Vela served as associate director for Workforce, Relevancy and Inclusion in the NPS’ Washington headquarters where he administered a $32 million dollar operational budget with 153 employees, and served as a key advisor to the NPS Director and Deputy Director on the full spectrum of strategic Human Capital Management issues, initiatives, and policies. His national program areas included: Human Resources, Learning and Development, Equal Opportunity, Youth, and the Office of Relevancy, Diversity & Inclusion.
Before his time in Washington, Vela served for over four years as director of the NPS’ Southeast Region, where he oversaw 66 national park sites in nine states, the U.S. Virgin Islands, and Puerto Rico. Vela administered multi-million dollar projects to include an operational budget in excess of $230 million dollars.  In addition, he provided product and leadership support for the Department/NPS National Latino Heritage Initiative, served as Co-Chair for the NPS Civil War 150thCommemoration National Steering Committee, and served on the NPS Development Advisory Board and NPS National Leadership Council Executive Committee.
Vela began his NPS career in 1981 as a cooperative education student at San Antonio Missions National Historical Park in Texas, and later became a permanent park ranger.  From 1987 to 1998, Vela worked in a variety of federal posts outside the NPS. He was a special agent in the U.S. Department of Health & Human Services Inspector General’s Office, conducting white-collar criminal investigations in New York and New Jersey. He was also a special assistant for Hispanic affairs to the late U.S. Rep. George Thomas “Mickey” Leland of Texas. He was a federal investigator for the Equal Employment Opportunity Commission. In 1996, the Texas Attorney General appointed Vela director of the Texas Child Support Program, where he supervised more than 70 field offices and 2,400 employees.
Upon his return to the National Park Service, Vela held park superintendent positions at Palo Alto Battlefield National Historic Site (Texas), Lyndon B. Johnson National Historical Park (Texas), and the George Washington Memorial Parkway (Washington, DC and VA/MD Area).
Vela is a graduate of Texas A&M University, with a Bachelor of Science degree in recreation and parks. He graduated from the U.S. Department of the Interior Senior Executive Service Candidate Development Program in May 2006. Vela is the recipient of numerous awards both within and outside of the National Park Service for leadership and performance excellence.  He and his wife, Melissa, have two children, Christina and Anthony, and six grandchildren."
Increase our impact by sharing this story.

GET OUR FREE NEWSLETTER
Never Miss A Big Story!
Tags: National Park Service, Grand Teton National Park

Epic Challenges Are Gripping Jackson Hole But For Hank Phibbs Surrender Is Not An Option
Teton County, Wyoming is one of the wealthiest per capita counties in the United States and one of the most strikingly...
Read
Civil Society, Collaboration, Community, Community Change, Culture, Jackson Hole, Wyoming

In Divided West, Sara Flitner Guides All Sides Toward The Radical Middle
Sara Flitner grew up a rancher's daughter in a conservative part of Wyoming and then went on to become mayor of...
Read
Big Sky, Growth—Good, Bad & Ugly, Jackson Hole, Wildlife

Boom-time Frenzy: What Kind Of Prosperity Destroys The Foundation It Is Built Upon?
Never mind Greater Yellowstone's super volcano, there's already an epic explosion occurring in some corners of the ecosystem. And it's called...
Read
Back to home