To Go—And Perish—Where Others Fear To Tread

MoJo columnist Timothy Tate, a psychotherapist and consultant to The North Face adventure team, examines why some court risk and others get exhilaration by watching others take chances 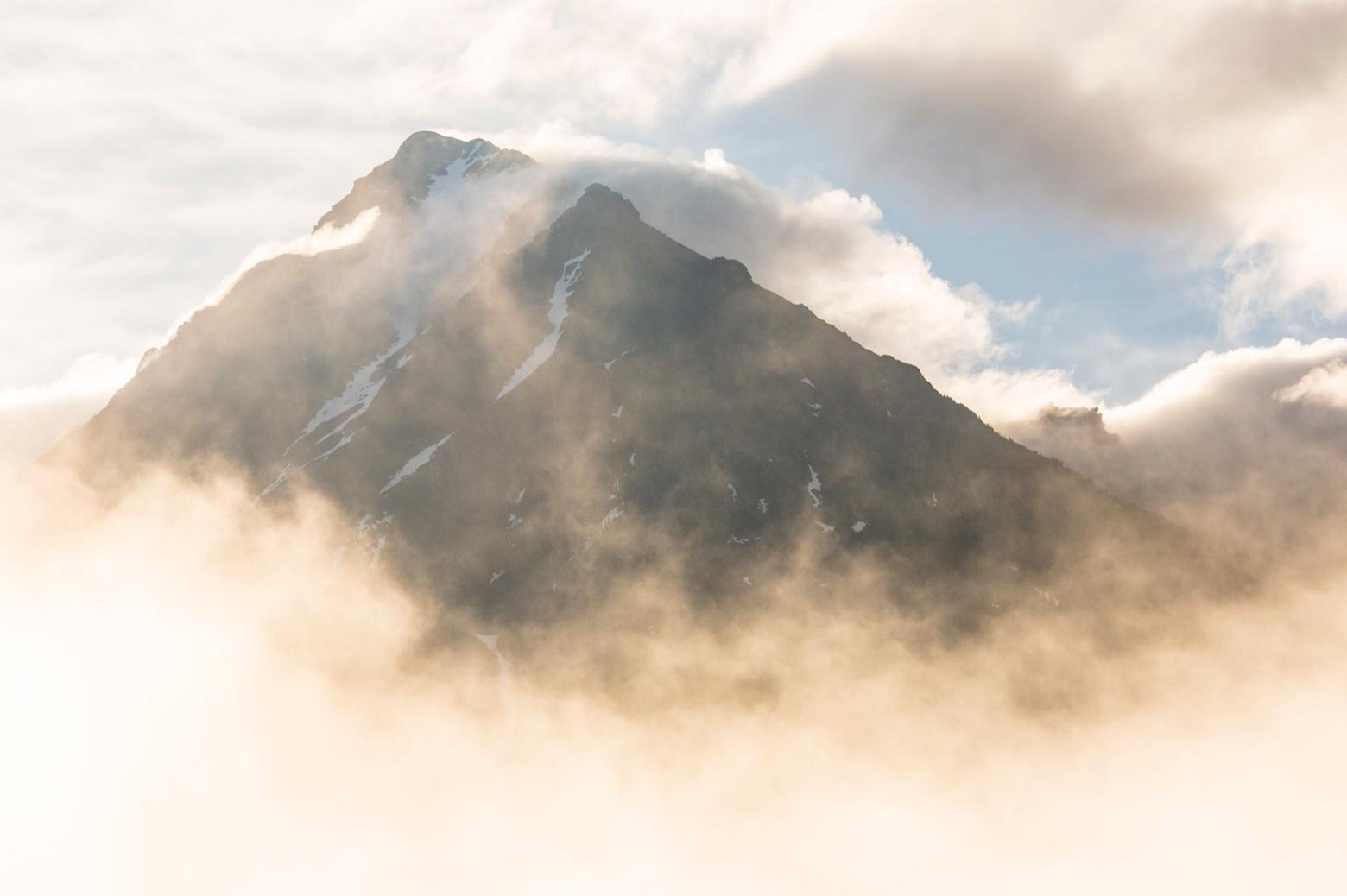 Vulture Peak Through The Clouds. Photo Courtesy NPS / Jacob W. Frank
Though this last week spanned its routine course in our expansive province of western adventure, it was exceptional in that four highly trained, skilled, and admired backcountry athletes lost their lives to the savages of an unforgiving mountain.
The deaths occurred in British Columbia and Alberta beginning on Monday, as professional skier Dave Treadway, a 34-year old father and husband, launched 100 feet into an unseen crevasse in the backcountry between Whistler and Pemberton.
Then on Tuesday, three North Face Global Athlete Team members, Jess Rosskelly, David Lama, and Hansjoerg Auer, perished in an avalanche while attempting to climb the east face M16 route of Howse Peak in Banff National Park, Canada's equivalent to Yellowstone. 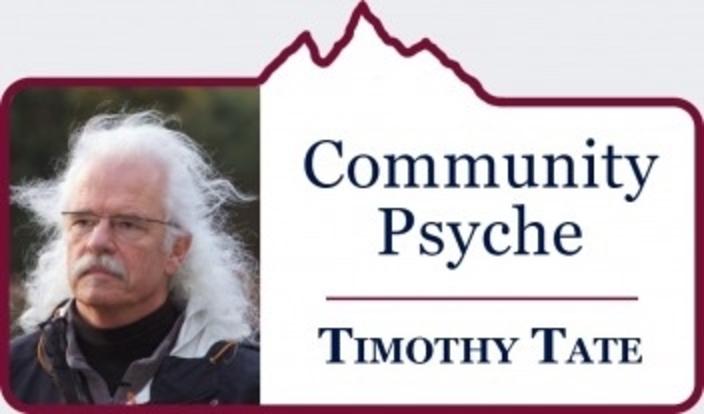 As a practicing psychotherapist, I have been working with the North Face Global Athlete team, brought into the fold by my friend Conrad Anker on the heels of a loss of mountaineers in the autumn of 2017, which I wrote about in Mountain Journal and which captured the attention of that great outdoor company. We have been meeting with North Face staff and athletes to develop a wellness initiative for the organization, tasked with meeting the unique needs of such exceptional people, particularly in the wake of such horrible loss.
Conrad puts it this way:
“We choose to play by the rules of the mountains because they are our calling. We accept the loss that strikes unaware in return for the bonds of friendship created by experiencing life in the majesty of nature. The intensity of the high alpine, guarded by wind and snow and ruled by gravity, is where we find these moments that define us as people. It is never easy to lose loved ones, particularly those with so much life to live.”
Over my years of living and working in the mountains, I have spent time traversing the high country of the Absarokas, Spanish Peaks, Crazy Mountains and the Beartooths. I have fasted under Livingston Peak and up Tom Miner Basin without benefit of food or water for three days at a time. It’s not as if I am unfamiliar with the perils and adversity that come with venturing into the mountains with just what you can carry on your back.
Yet I have never come close to the types of challenges and fickle perils implicit in mountain climbing. I listen in astonishment as Conrad and Jack Tackle and other professional climbers speak of the life and death decisions they have faced in the high alpine. What compels or calls women and men to seek such critical conditions, and how can this inform us mere mortals?
May I submit that it is the sense of, the quality of agency, combined with a sense of calling, that motivates men and women to regularly put their lives on the line compared to others who seek to minimize risk as a way of pursuing longer longevity.
Agency, simply put, is the ability to truly be aware of one’s own volition and to execute actions based on that awareness. This mind-body sense, the idea that one can affect the nature of their life and that their life is an expression of an inner drive to manifest a uniqueness of character, thrives under extreme conditions. Combined with a sense of purpose, it can motivate one to attempt to overcome seemingly insurmountable challenges; in some cases literally to defy the potential of death. 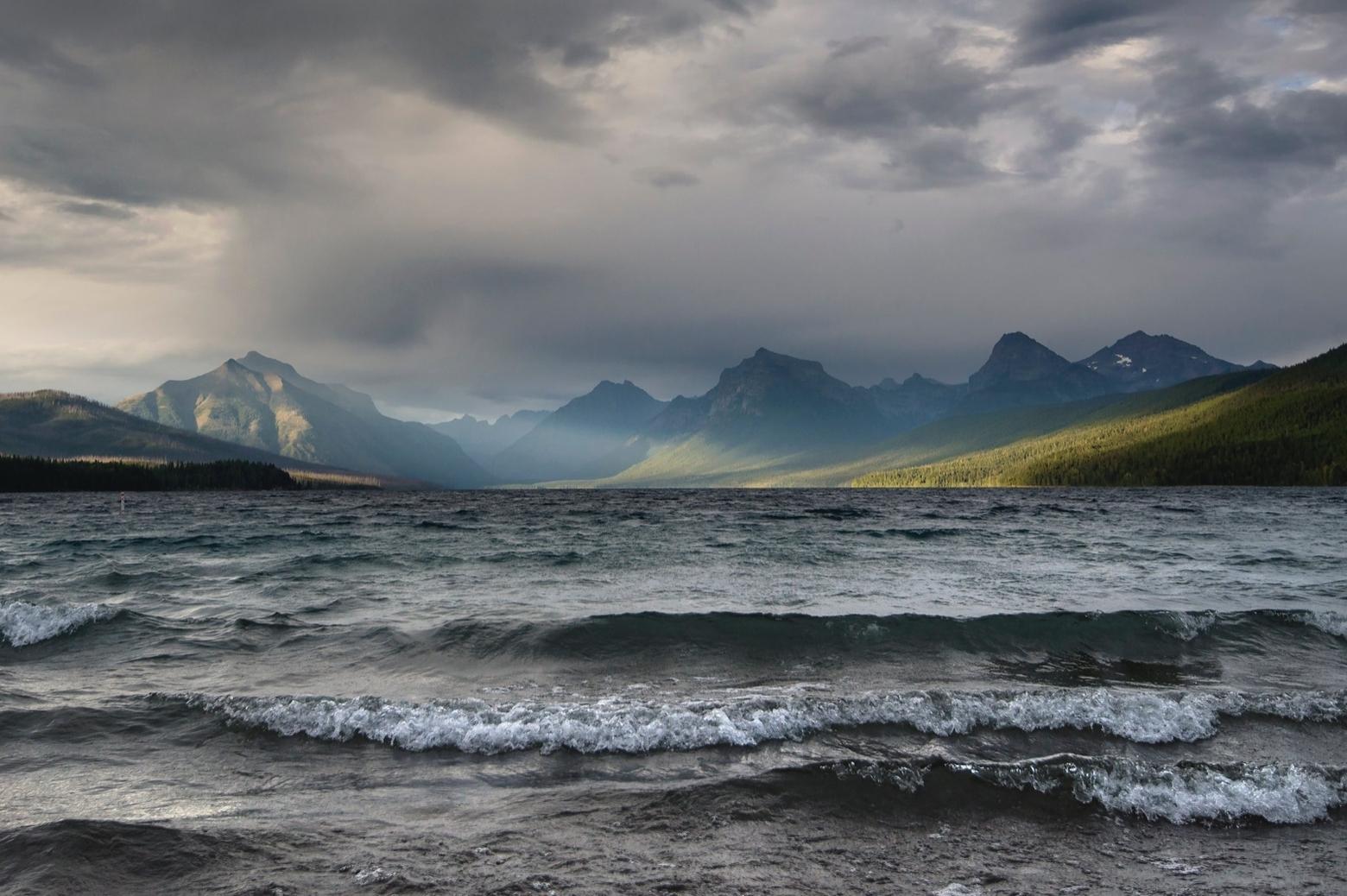 Break In The Storm. Photo courtesy NPS / Tim Rains
It is my understanding that there are pitches and cruxes that define the contour, route and ultimate success of a climb. Alex Honnold’s Free Solo climb shows us this in spades, as does the movie Meru, featuring Anker, Jimmy Chin and Renan Ozturk summiting the 4,000 ft. wall known as “The Shark’s Fin.”
These pitches and cruxes are the path towards testing both agency and character. The heart of the matter is that if we do not have a sense of agency in our life then we drift off into a passivity that festers into complacency, and complacency is anathema to character and, one could argue, meaning. What if the soul-psyche-character of high mountain athletes is the lived story of those among us who answer the call, i.e. that we live vicariously through those who court the edge.
It is clear that either we answer the call of our character or squander our life energy on the mundane, routine, predictable, controlled domain of conventional norms. This does not mean one has to tempt moral peril to exist out of a personal comfort zone. In fact, however, it is this mistaken belief that can cause some to unwisely to press their limits in ways for which they're unprepared to deal with the consequences.
I delve into this phenomenon with clients in my mountain town where people feel as they are not somehow measuring up to the exploits of others. And it begs the question: what if the death of these extraordinary people is a dark mirror reflecting our unlived life, one vanquished by the ordinary?
Which is more tragic? The unlived life or the life cut short by striving for unique experience? Most of us stumble around in the netherworld between agency and easy prey. Others answer the call and climb the mountain—be it a literal pitch in the Alps or the test of character played out in community hardscrabble. Those who radiate, be it in soft, subtle ways or more eccentric ways, tap into what I consider the interesting.
I have long wondered what makes someone "interesting." The illusive energy of interesting might best be identified by the qualities that often occur within it, such as integrity, sincerity, accomplishment, capacity, willfulness, intelligence, humor, honesty, steadfastness, emotional and physical courage that holds steady, and a touch of irascibility on top for good measure.
To me, interesting individuals are those with a strong life force: neither boastful nor incorrigible, rather self-contained and intentional. They appear to be uninterested in longevity, but rather in a high level of quality interface with the story of what life can bring.  The men we lost on the mountain lived a story that others will tell in tribute and admiration.
Agency, character, and story go together like sourdough, single malt, and heirloom. The joy of living and the sorrow of death are wound-together grape vines that flourish with sun and rain and wither by either an early frost or by length of life cycle.
The choices we make set up the conditions of opportunity sought or allowed. People drawn to extremes engage with them willingly, called by an inspired voice. Sometimes this voice comes from an agitated mind that must be quelled. Other times this voice is a direct command: “Climb! Do not acquiesce!”
Either way, those called to the edge of capacity seek direct experience, a gripping agency. Toughness is implicit in this drive to see the other side, feel the pain of fatigued muscle, and huddle down against unimaginable adversity. Seeking extremes for some is not a pathology but a destiny.
One does not raise a wild beast by walking the dog. And only wild beasts make it to the high country. Who has a problem with that? What if the heroes among us, those who have a clear channel into their genius, point to what yet has to be grasped by the rest of us?
What if the men and women on the mountain are calling down to our own feebleness, beseeching us to heed the call and head to the dark woods and peaks beyond our own comfortable terrain? And yes, life is on the line, no matter what your circumstances.
The poet Rilke writes in The Man Watching:
“What we choose to fight is so tiny!
What fights with us is so great.
If only we would let ourselves be dominated
As things do by some immense storm
We would become strong too, and not need names.”
The fight we choose or the one that chooses us is our common ground. This ground is tilled by our choices and fertilized by our experiences. In my experience, extreme athletes choose to fight what is great and impossible to dominate.
Often times this call can be seen as fueled by ego, and many times it is. But to dismiss such courage and excellence as a pursuit of insatiable ego is too simple. There are those who are simply drawn to the storm, the battle, the contest, the summit.