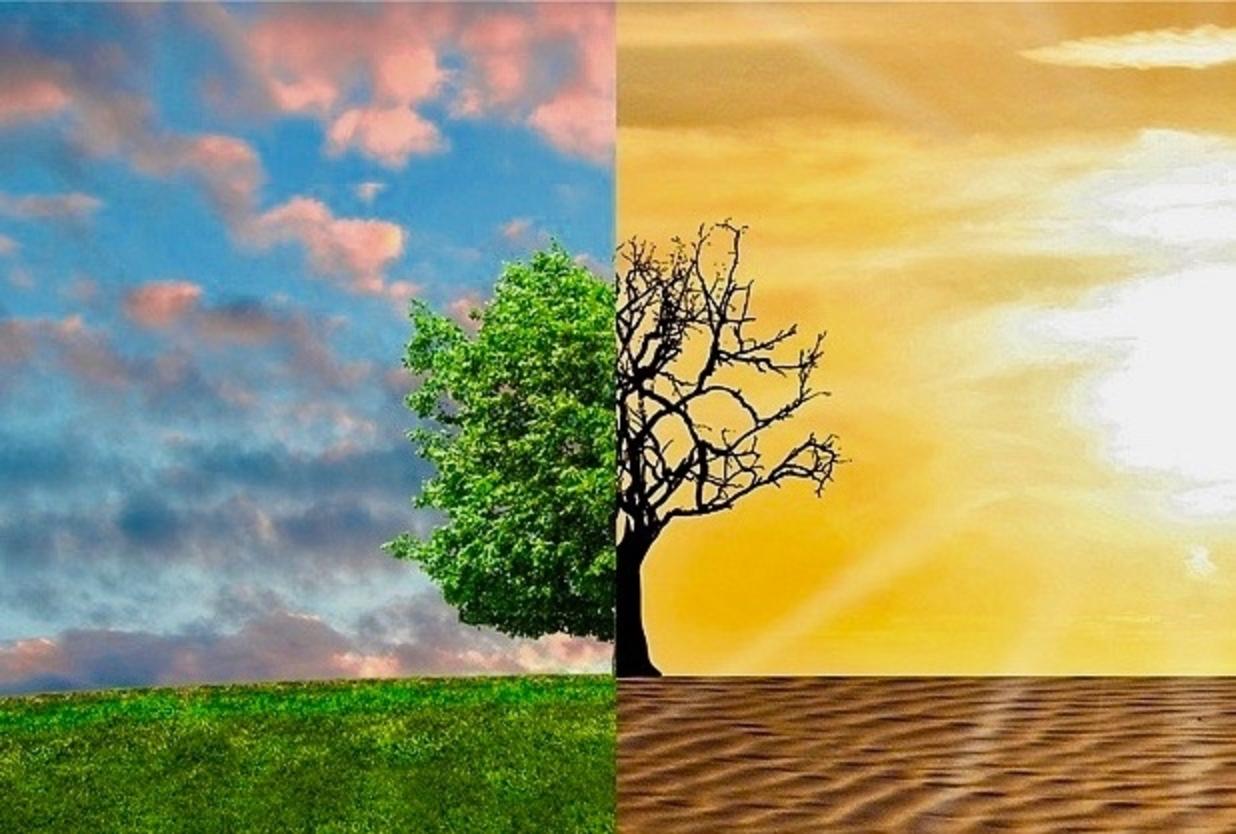 The projected impacts of climate change on Greater Yellowstone, the most iconic complex of public wildlands and incomparable wildlife populations could leave it radically transformed, and not for the better. Photo courtesy Pixabay
Perhaps you read the guest editorial penned by Hansjörg Wyss last autumn in The New York Times.
Mr. Wyss, a remarkably prescient Swiss-born businessman, makes his home in Wilson, Wyoming, one of many small towns in the Greater Yellowstone Ecosystem. In part owed to the time he has spent there, he proudly calls himself both a philanthropist and conservationist.
The title of Mr Wyss’s piece, published on Oct. 31, 2018, was “We Have to Save the Planet. So I’m Donating $1 Billion.”  It was subtitled “I will give this sum over the next decade to help accelerate land and ocean conservation around the world.”
So why I am making note of it now? 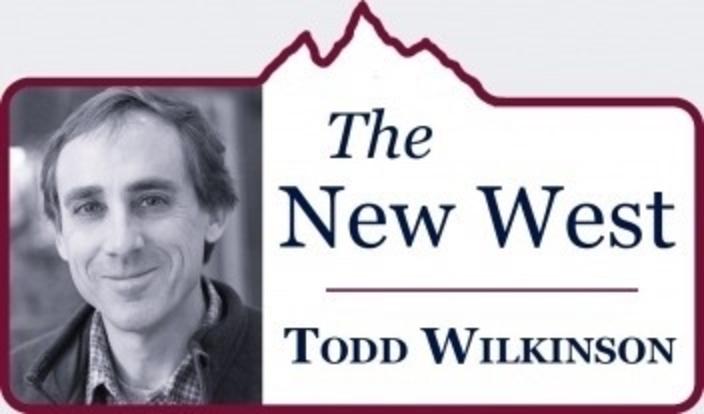 Answer: because we are once again at the start of another new uncertain year and it is up to you, dear reader; yes, you, too, have the power to decide whether you wish to make a positive difference in the world or choose to ignore the serious converging problems.  If you are reading this column, most likely you are somewhere inside the Greater Yellowstone region or you have a strong affinity for it, just as Mr. Wyss does.
Greater Yellowstone, as you will be reminded ad nauseum in this and future columns isn’t just any place. It is the most iconic collection of public wildlands in America and most of it belongs to you. That should be as empowering as it is daunting. You may never be able to afford owning a lot in Jackson Hole but you, as a citizen, hold common title to around 20 million acres of public land in your home region.
Besides a number of major converging threats—climate change being the most pervasive, followed closely behind by development pressure (read about it by clicking here) and rising levels of human use, all of which have been covered extensively in Mountain Journal—there’s a menace even more problematic: ecological illiteracy.
It’s fair to say that while millions of people are inspired by the outdoor allure of Greater Yellowstone, very few, relatively speaking, have any understanding of what makes the ecosystem tick. If you doubt this assertion, engage fellow skiers, locals and out of towners, in conversation as you ride together with them up a chairlift. Ask them how much they know about these facts:
° Greater Yellowstone is home to some of the longest and last remaining major terrestrial wildlife migrations on earth, involving elk, mule deer and pronghorn. In most of the rest of the world, those ancient pathways and the large mammals traversing them have vanished.
° Greater Yellowstone is home to all of its major wildlife species that were here when Europeans arrived on the continent five centuries ago. This ecosystem is considered “ecologically intact” which is something else that most other bioregions cannot claim. Almost every other bioregion, fragmented and laced by interstates, roads and trails, will never again have the abundance of wildlife we do. The only exception might be the American prairie, some sweeps of which are emptying out of people.
° Greater Yellowstone has figured prominently in the restoration and recovery of gray wolves, grizzly bears, wolves, bison, elk, trumpeter swans, and black-footed ferrets, among others.
° Greater Yellowstone is in imminent danger of losing its wild character unless all of us try to make a positive difference to save it.  You don’t need to be a plutocrat. 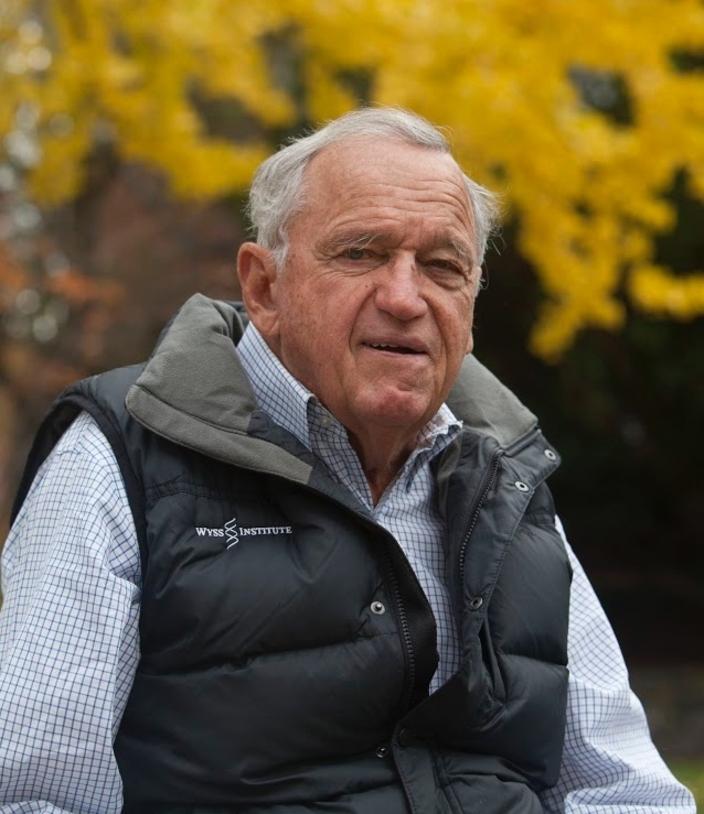 Hansjörg Wyss, photo courtesy Wikipedia
As Mr. Wyss noted in his essay for The New York Times, “Every one of us—citizens, philanthropists, business and government leaders—should be troubled by the enormous gap between how little of our natural world is currently protected and how much should be protected. It is a gap that we must urgently narrow, before our human footprint consumes the earth’s remaining wild places.”
Wyss has dire concerns about the deepening impacts of climate change and he has little patience for those self-interests at work trying to stall action. His decision to step up to the plate by making a major commitment to support groups and individuals willing to be courageous is not unlike the then-record $1 billion gift that Ted Turner, another Greater Yellowstone resident, gave in support of the United Nations and its humanitarian mission two decades ago.
Like Turner, Wyss is an optimist. He believes that by rallying together and consuming fewer resources, by exercising restraint instead of feeding our voracious appetites for more, progress can be made but the window of opportunity is rapidly narrowing.
“For me, these efforts underscore the power we each have, as individuals, to join together to save the places and wildlife that matter most to us,” Wyss writes. “Every conservation gain I have witnessed in my two decades of philanthropy…. was set in motion by local communities that wanted to safeguard these places for their children and grandchildren.”

“Every conservation gain I have witnessed in my two decades of philanthropy…. was set in motion by local communities that wanted to safeguard these places for their children and grandchildren.” —Hansjörg Wyss

Every year, people blessed with having enormous means—money, power and influence—pour into the Greater Yellowstone on skiing vacations, fly-fishing trips, family outings to be together at their personal retreats or private ranches.
One poignant question they ought to ask is—and we ought to remind them of is: how much do they give back?  Are they only users and consumers or are they really concerned about helping to insure that the wildness of Greater Yellowstone which they know today will still be around for their loved ones?
Read Mountain Journal's story about the threats that climate change poses to Greater Yellowstone by clicking here.
The first step in making a difference is to become educated and informed about the wonders of Greater Yellowstone, especially the needs of its wildlife. There isn’t a single scientific study, not a one, that supports the contention that humans have a benign impact on wildlife. To say that humans—including we outdoor recreationists—need to acknowledge that our growing presence is displacing animals that exist in few other places, is not being a negative nelly or anti-human.
Humans dominate the vast majority of the American landscape. We're fraying away its wildness. There are plenty of places to ski but only relatively few places where bighorn sheep, mountain goats and wolverines live; there are thousands upon thousands of miles to mountain bike but relatively few places where grizzlies and wild elk cows and calves find habitat security; there are plenty of places in the world to remain perpetually connected to digital stimulus but few places where there is no cell service. (Wildlife thrives in these latter places).
Besides becoming ecologically literate, and reflecting upon the fact that each of us has an impact, and that all of us together, have bigger impacts, the second step of action is vowing to be part of solutions in confronting serious problems.
The third step is to give our money and time to the cause of making a difference—including journalistic watchdogs.
Giving back to wildlife can be something as simple as consciously choosing not to take the habitat that sustains it. Nothing about this is political, only if we make it so. Rallying to save our home turf is the essence of conservation and when people do it together it can add up to big gains, gifted to the next generation, set apart from landscapes being steadily fragmented and whittled away. 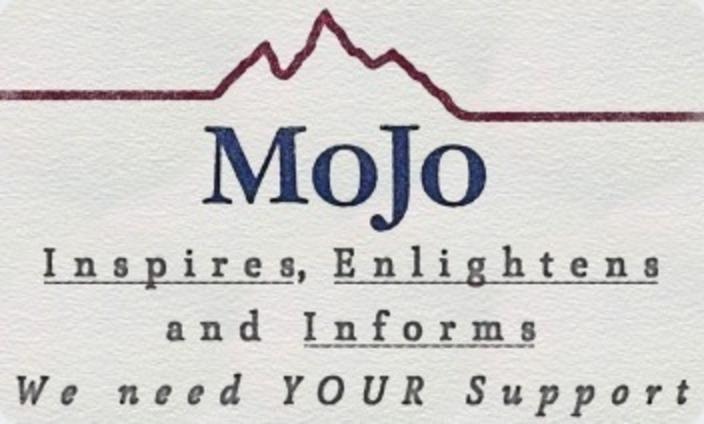 PLEASE SUPPORT US: Mountain Journal is committed to giving you reads you won't get anywhere else, stories that take time to produce. In turn, we rely on your generosity and can't survive without you! Please click here to support a publication devoted to protecting the wild country and the wildlife you love.