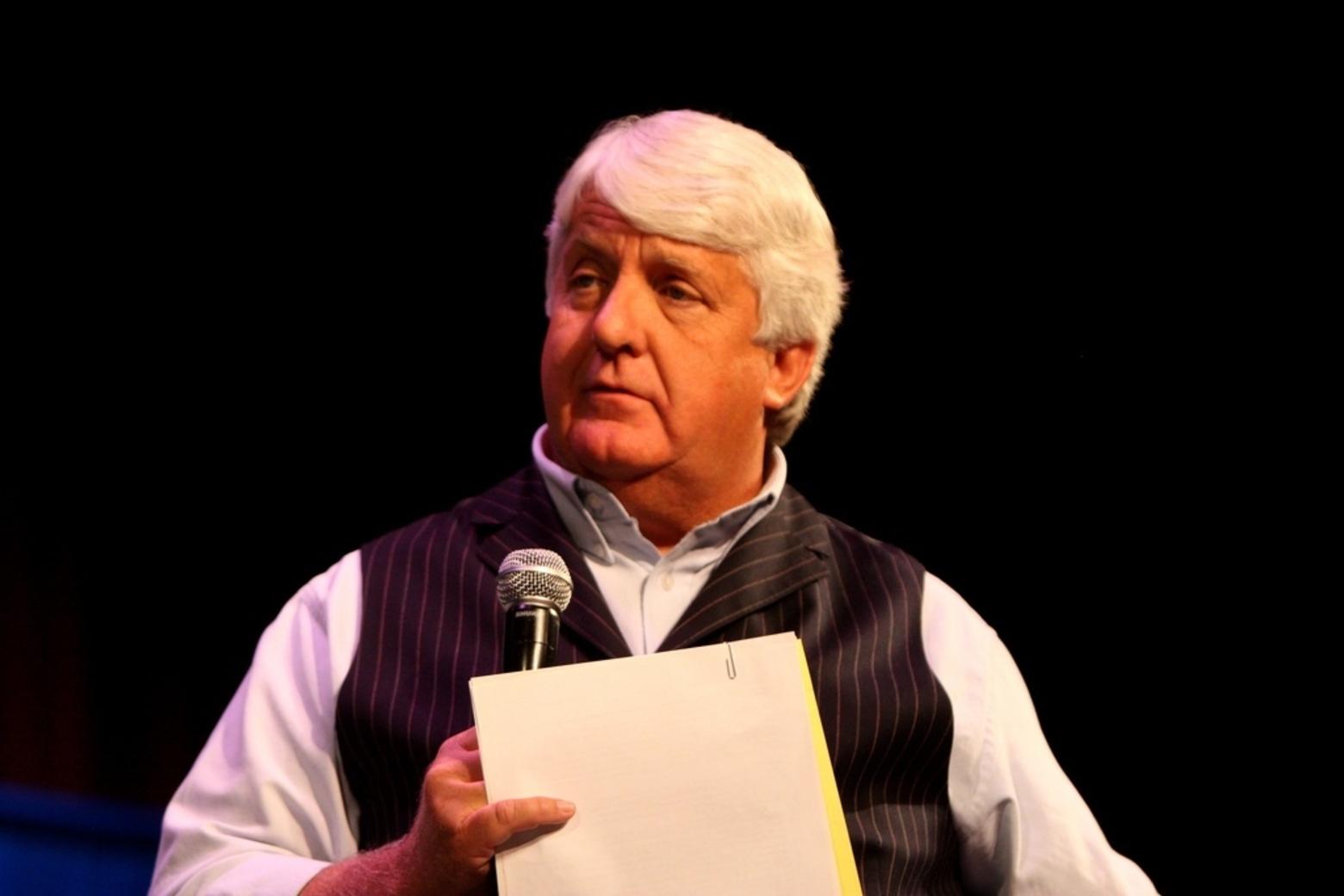 U.S. Rep. Rob Bishop of Utah chairs the House Natural Resources Committee which wields enormous influence in shaping environmental policy and public land management in the American West. Photo courtesy Gage Skidmore via Flickr
During the last decade with Republicans commanding majority control in both the U.S. House and Senate, Democrats often have complained about their colleagues on the other side of the political aisle granting preferential treatment to natural resource extraction interests that also happen to contribute mightily to re-election campaigns.
Not only has there been a deepening erosion of comity (bi-partisan decorum, courtesy a willingness to pursue benefits for the common good) on Capitol Hill but the party in power has silenced honest debate.

Among the charges: that scientific experts often are stifled or not called to be expert witnesses; that environmental concerns often are blunted or ignored; and that debate over significant issues shaping the American West often are addressed only through a largely one-sided presentation of facts.
From discussion of climate change to the Endangered Species Act, from pushes to divest citizens of federal public lands they own to allowing oil and gas drilling to proliferate in places like the Arctic National Wildlife Refuge, the voices of environmental protection and advocates of the green economy often are given short shrift, critics say.
Now a group of Democrats are providing clear examples. Just in time for Halloween 2018, U.S. Rep. Raul Grijalva of Arizona, ranking Democrat on the influential House Natural Resources Committee, joined colleagues Oct. 31 in releasing a report "Unmasked: How the House Natural Resources Committee Tricks Taxpayers and Treats Industry."
The House Natural Resources Committee is chaired by U.S. Rep. Rob Bishop of Utah who played a key role in convincing Interior Secretary Ryan Zinke and President Donald Trump to shrink back the boundaries of both Bears Ears and Grand Staircase-Escalante national monuments.
Both U.S. Rep. Liz Cheney of Wyoming and Greg Gianforte of Montana also are on House Natural Resources. Bishop, Cheney and Gianforte each have dismissed climate change as a serious human-caused environmental threat, despite scientists raising dire concerns about the future of water availability in the West amid a trend toward decreasing snowpack and warming causing very difficult conditions for livestock and crops.

“The numbers don’t lie: Stacking hearings with industry spokespeople is a key piece of the Republican effort to help dirty fossil fuel executives line their own pockets at the expense of our public lands and waters. A Democratic majority would prioritize independent experts with sustainable, science-based, innovative policy ideas, not purely profit-driven or self-serving industry recommendations.” —U.S. Rep. Raul Grijalva of Arizona, Minority leader on the House Natural Resources Committee, whose staff compiled the report

Cheney very vocally favors lifting regulations imposed on the coal industry to reduce carbon emissions and has even supported removing some regulations on mercury and other toxic pollutants coming out of smokestacks at fire-fired power plants. Coal industry lobbyists have been welcomed to testify before the House Natural Resources Committee, claiming the industry is on the verge of recovery even as companies continue to declare bankruptcy, with the greatest threat to coal's survival coming from a glut of natural gas. 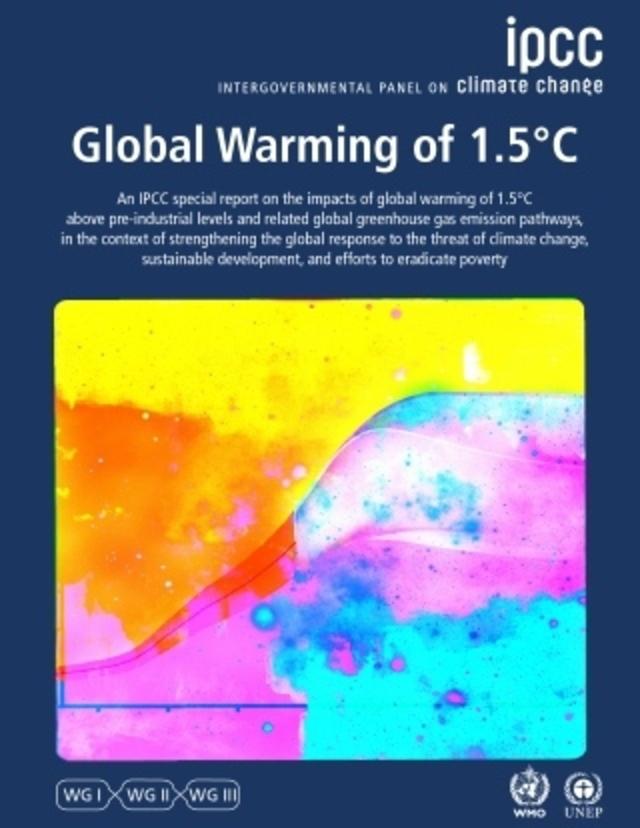 Republicans from the West sitting on the House Natural Resources Committee have treated the recent report compiled by a team of international scientific experts on climate change almost as if it doesn't exist.
Cheney has claimed that worries about climate change are based on "bunk science" though she has never been able to deliver evidence that contradicts that of the National Academy of Sciences or the International Panel on Climate Change which released a landmark report in October 2018. A copy of the report can be viewed by clicking here.
The findings of the report coming from Rep. Grijalva and Democratic colleagues are based on an analysis of witnesses called to testify in 567 hearings held before the House Natural Resources Committee in the 115th Congress from 2017 to October 2018.
Among the key contentions emphasized by members of the Minority committee staff that conducted the review:
“Industries whose revenue depends on degrading our public lands should not be this Committee’s or this Congress’ primary source of policy information,” Grijalva said in a statement. “The numbers don’t lie: Stacking hearings with industry spokespeople is a key piece of the Republican effort to help dirty fossil fuel executives line their own pockets at the expense of our public lands and waters. A Democratic majority would prioritize independent experts with sustainable, science-based, innovative policy ideas, not purely profit-driven or self-serving industry recommendations.”
When hearings were held by the Federal Lands Subcommittee on the consequences of wildfire and rising costs, climate change was seldom mentioned as GOP members often pushed to addressed forest health by opening up public lands to more logging rather than discussing why forests are stressed or dying.
Fully one-third of the industry witnesses hailed from the timber industry, which, in the eyes of Democrats, represented a conflict of interest since those companies would financially benefit from being allowed to engage in forest thinning projects. Often, a focus was on stopping environmental litigation rather than a full and open discussion about climate change and what it means for battling wildfires which annually engulf about half of the U.S. Forest Service's operating budget. Moreover, a huge percentage of firefighting costs are spent defending private homes built in the dangerous wildland-urban interface which is prone to burn.
Retired members of Congress often have been welcomed and called to deliver testimony on behalf of lobbying firms representing natural resource industries.
The report poses the rhetorical question: "What would Natural Resource Democrats do differently?"  It provides an answer with the following statement: "Natural Resources Democrats recognize that Industry representatives provide a unique perspective in understanding how to best manage our public lands and waters. However, they are only one piece of a large and complex puzzle. Academic researchers, policy and legal experts, conservation and cultural resources experts, climate change scientists, sportsperson’s groups, and individuals whose lives are affected by public lands decisions must also have an equally large seat at the witness table. Natural Resources Democrats also recognize that Industry is made up of more than just dirty energy developers. As we face a changing climate and the profound challenges it brings, we must hear from clean energy experts and other industry innovators so we can explore how to sustainably benefit from our natural resources while still protecting their immeasurable value and worth for generations to come."
Emails seeking comment from both U.S. Reps. Liz Cheney and Greg Gianforte were not answered. Below are graphics included in the report from House Democrats. 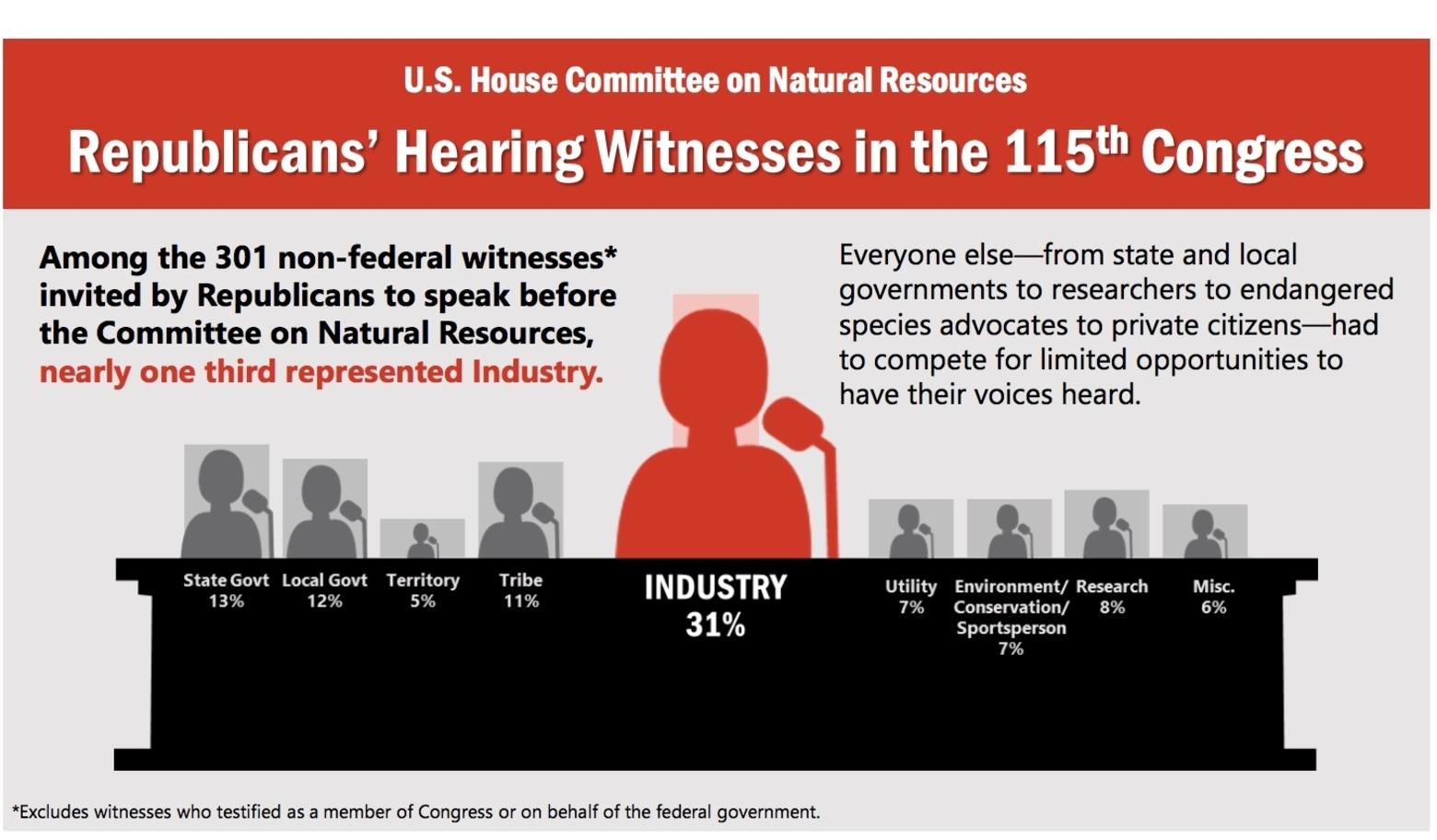 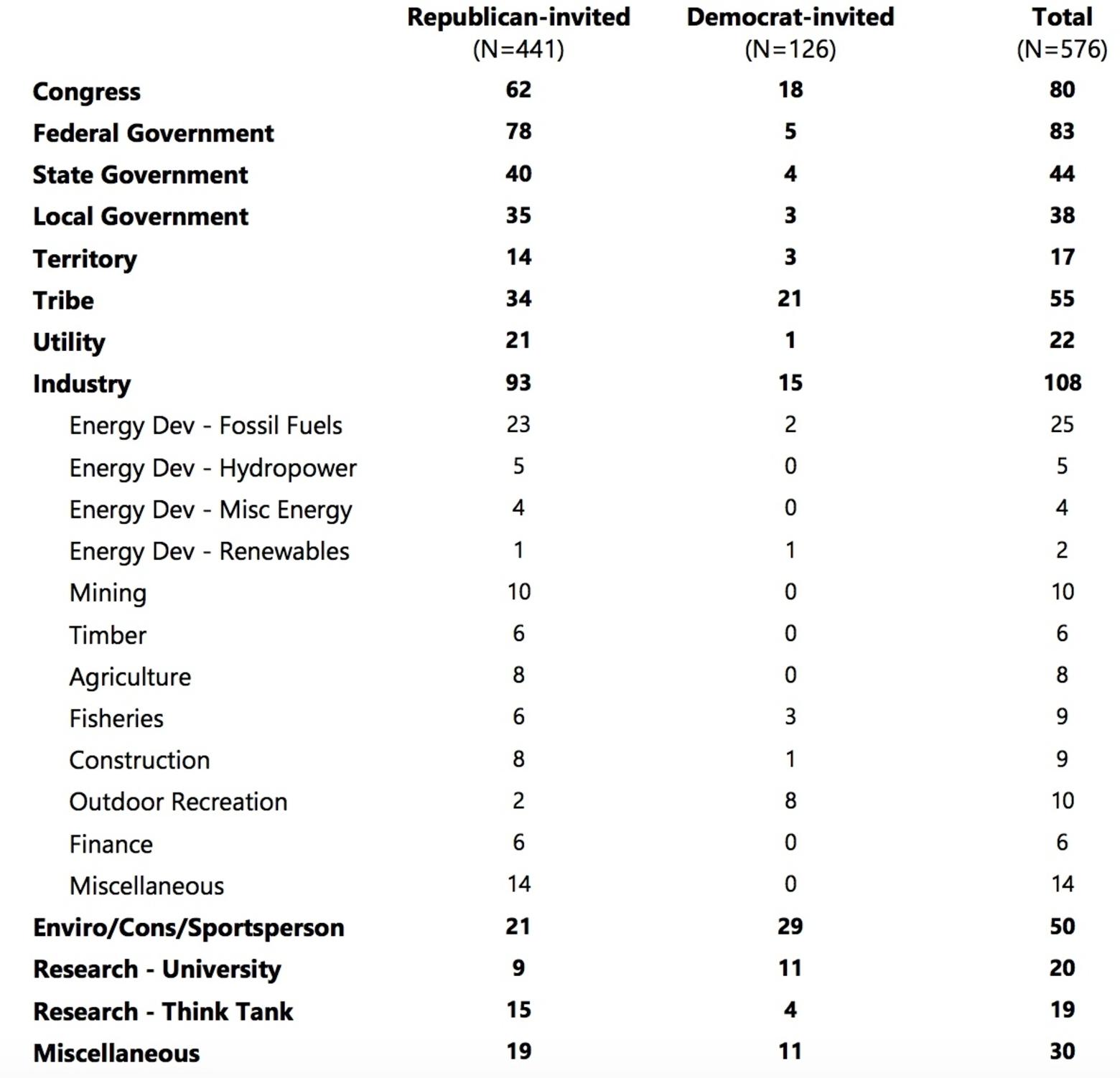 With So Many Known Unknowns, Lance Olsen Connects Dots And Datapoints
Missoula-based ecologist Lance Olsen keeps MoJo readers apprised of important research in the scientific literature that has implications for conservation in...
Read
Climate Change, Economy

What’s Up With 'The Green New Deal' And What Does It Mean For The West?
Lance Olsen boils down a familiar old battle to its basics as sabers rattle among coal interests in Wyoming and Montana...
Read
Back to home