Back to Stories
Photography, Water

From the Great Basin, Jackson Frishman ponders a West when water runs out 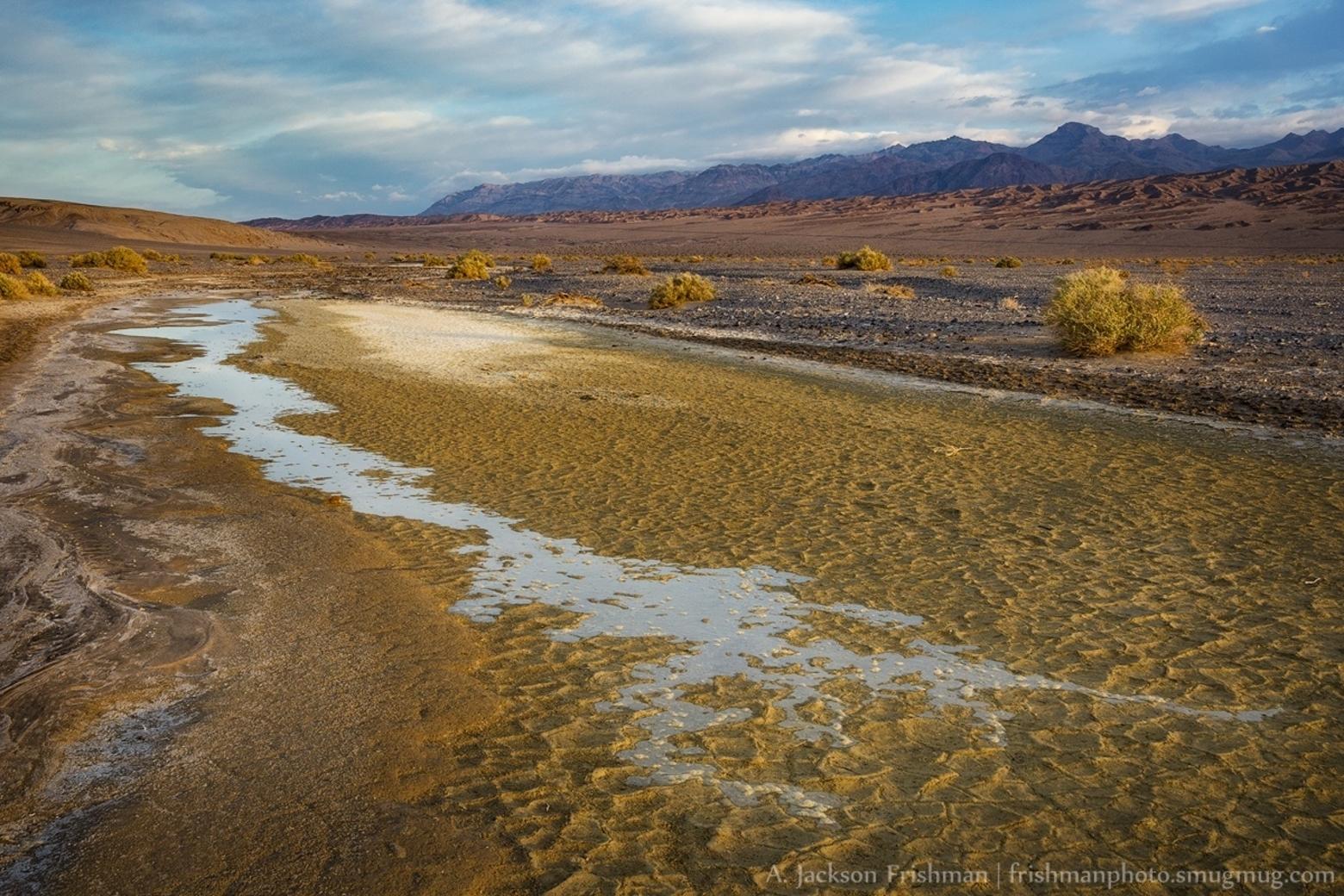 All photos courtesy Jackson Frishman
It’s a striking and clarifying sight to see flowing water come to an end.
A running stream slows, stalls and fades into dry ground, the water simply insufficient to carry on. Living in the Great Basin desert, one can see the phenomenon on both small and large scales.
Small desert creeks sink into sand and shrink from heat, until they are at last unable to cross even one more mud crack. Springs generate pools, greenery and wildlife habitat near their sources, but then transition through boggy mud, sheets of brine, damp ooze and finally dry powder as their waters evaporate on the valley floor. Even sizable rivers rushing from alpine snowfields at last settle into closed basins, forming desert lakes escapable only by evaporation. 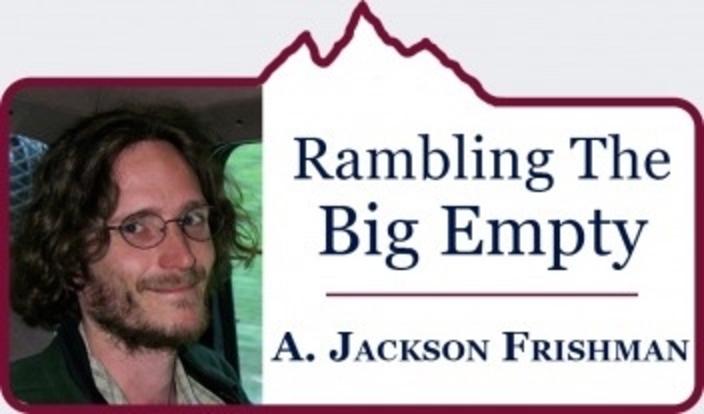 The Great Basin is defined geographically by precisely this end of flow. Its hundreds of tessellated valleys are holes in the ground, topographically separate from each other, and all cut off from any route to the ocean.  Every valley bottom reveals its terminal nature in one way or another: a patch of dry mud cracks, a marsh full of waterfowl, a white expanse of chemical deposits, occasionally even an actual lake with waters holding on through the heat of countless sunny days.
In wetter regions of the West, I have spent many delightful days beside rivers, amazed at their continual flow of water. It just seems to keep coming forever, always more upstream around the bend, always more heading down toward another canyon.
Flows may diminish through the season, but beside the Salmon, Selway, Snake or Madison, the muddy Yampa, even the much-abused Colorado or the tiny Gila, it’s easy to harbor the delusion that the water is infinite, that the rivers will forever keep rolling down to the sea.
Such illusions find little purchase in the Great Basin. Paradoxically, the land here is perhaps more defined by water than wetter places. This country is a honeycomb of water-shaped holes - valleys in the shape of empty lakes, canyons formed by forgotten rivers, badlands recalling vanished streams or fleeting floods.
You can climb through the empty potholes and flutings of long-gone waterfalls, where Pleistocene rivers once overflowed their basins and journeyed elsewhere. The ghosts of ancient waters and the demise of modern ones are clearly visible if you take the time to look. 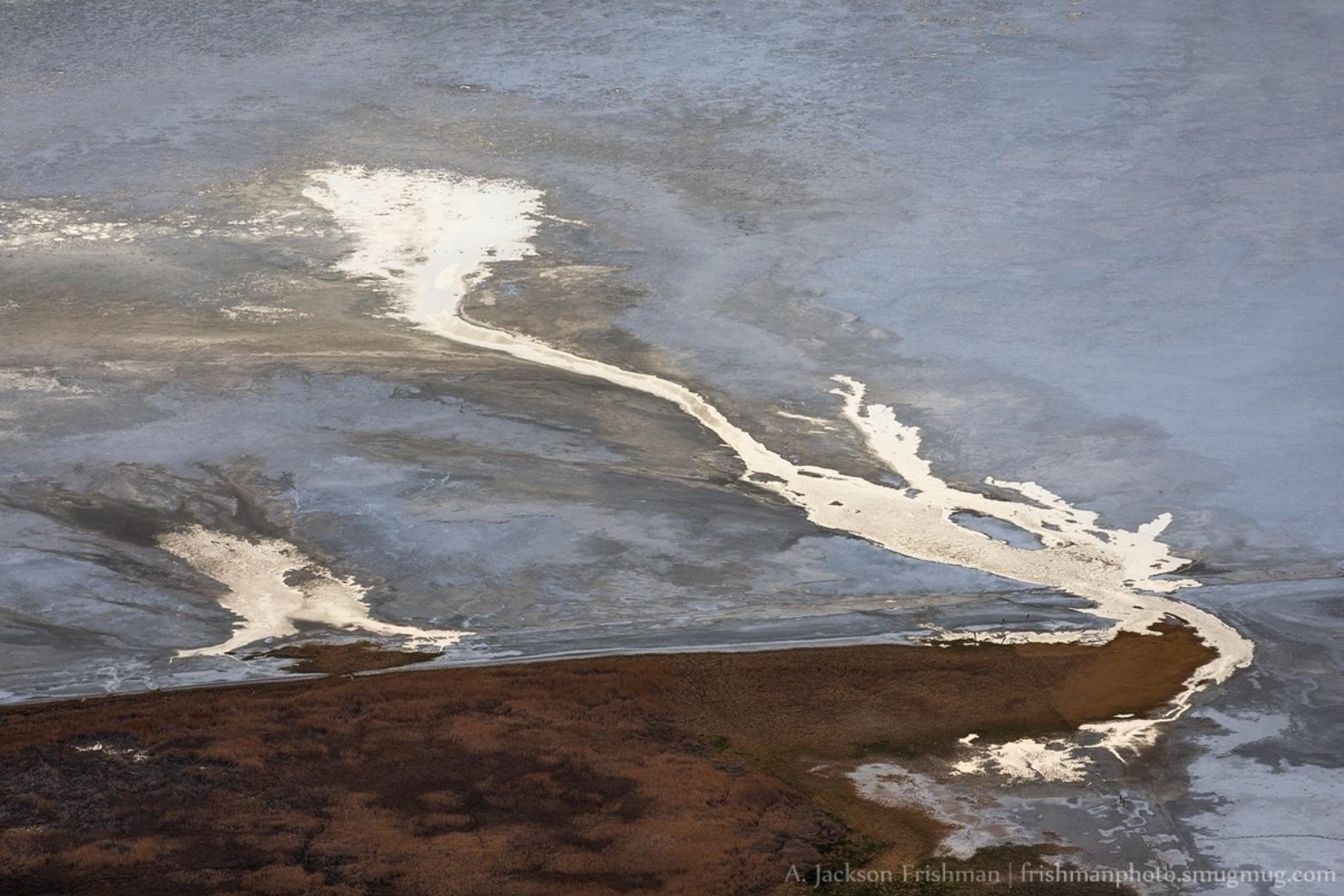 Just as views of earth from space revolutionized humanity’s view of the finitude and fragility of our planet, it would do our species good if more people would contemplate the finitude of water with their own eyes.
Liquid water is our planet, its unique gift and its promise, and there is only so much of it.
Like a lost migration, the Colorado no longer rolls to the sea. Large Great Basin lakes like Owens, Winnemucca and Sevier have died by human hands, while others such as Mono, Pyramid, Walker and the Great Salt Lake are shrinking or on life support. Water agencies and speculators propose increasingly desperate schemes to mine and export fossil aquifers from even the starkest desert basins. In most regions, drainages and hydrologic systems are too large and complex to take in at a glance, but here in the deepest umbra of the western rain shadow one can can stand at the literal end of a stream, see and remember: This much is all we have. 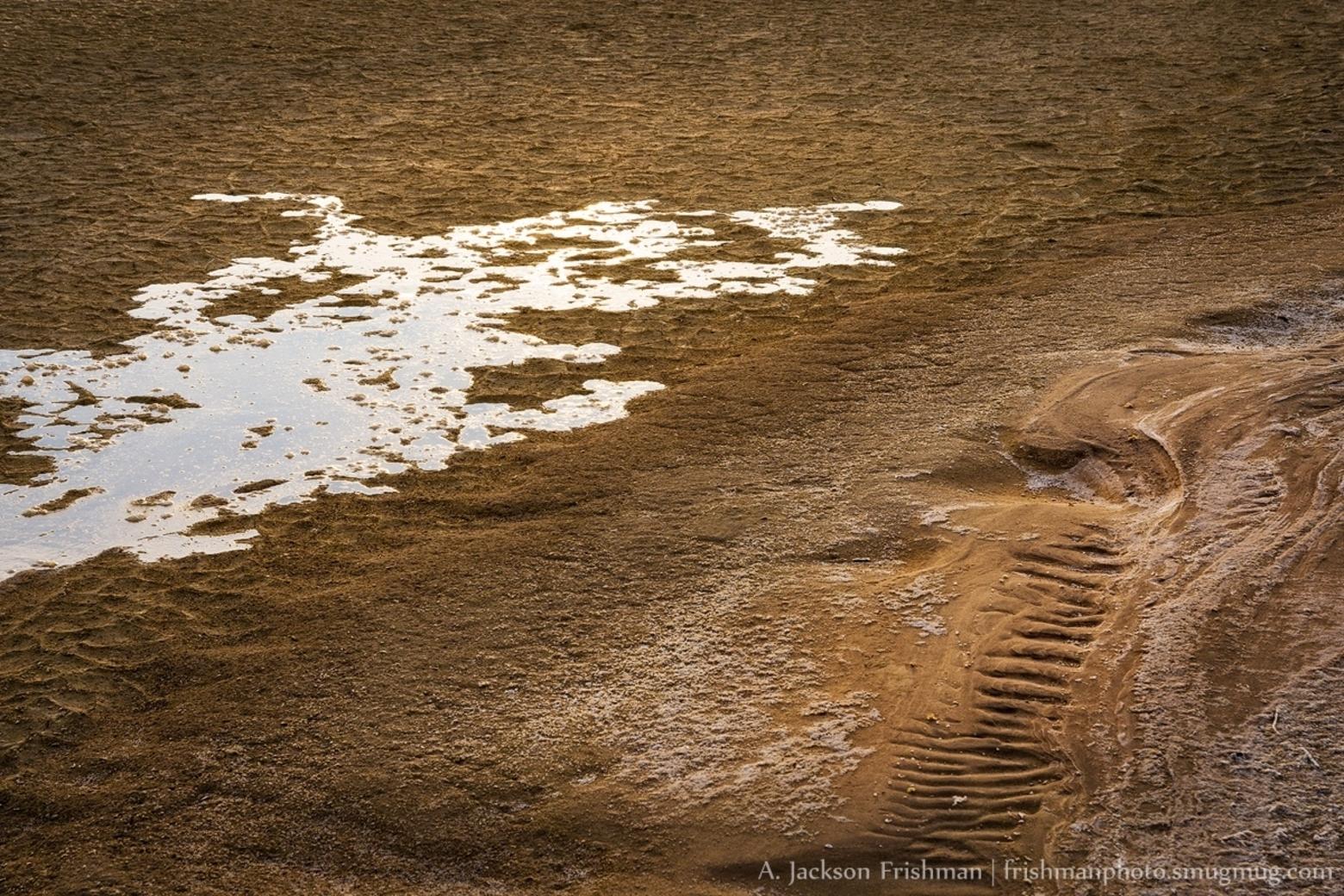 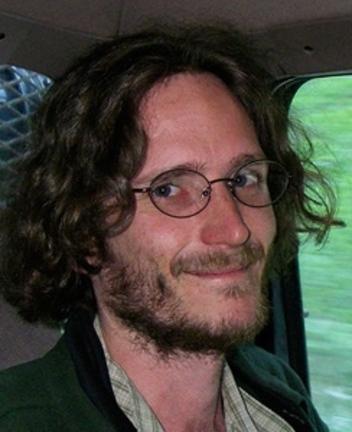 Jackson Frishman is a photographer who makes his home in the Deep Springs Valley along the Nevada-California border.  He spent his early years in Jackson Hole and Bozeman and lived for a while in New Mexico. He savors capital W Wilderness and other country that is just as wild. He and his wife, Niki, are parents of a young son.
Read more

Some Call Her 'The Owl Whisperer'
Ashleigh Scully is a rising Millennial star in wildlife photography. Enjoy a Mountain Journal interview with the conservation-minded phenom
Read
Big Art of Nature, Water

The Horse Family
At the U-Cross Ranch near Roy, Nicole Johnson teaches her daughters to find strength in the saddle
Read
Back to home