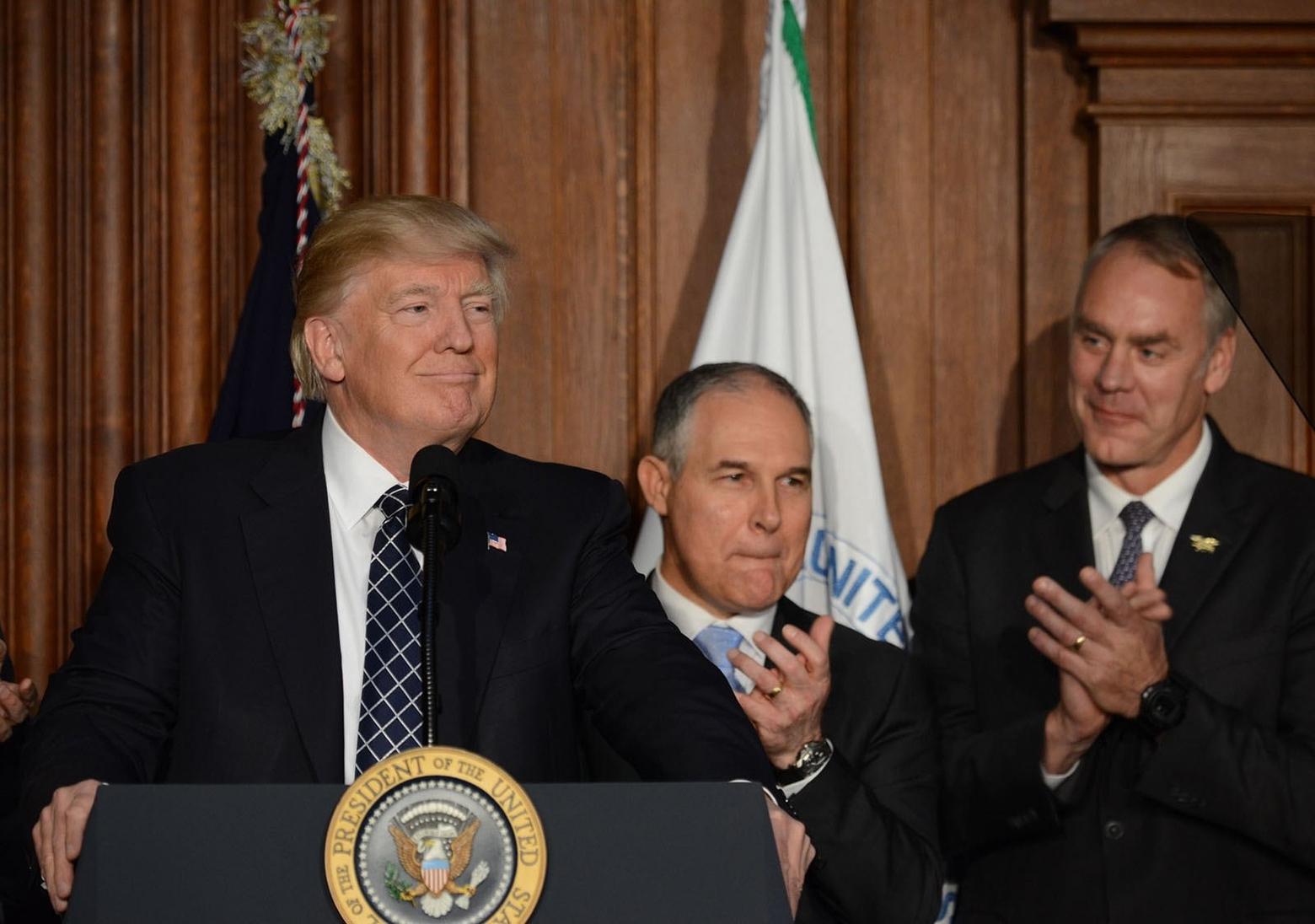 President Donald Trump and two of his main embattled cabinet secretaries who wield huge sway over U.S environmental policy and America's public lands, EPA Administrator Scott Pruitt and Interior Secretary Ryan Zinke. Photo courtesy US Interior Department
A ranking Democrat on the U.S. House Natural Resources Committee and 13 Congressional colleagues are calling upon U.S. Interior Secretary Ryan Zinke to explain the forced removal of Yellowstone Superintendent Dan Wenk from the helm of America’s first national park.
In a letter sent to Zinke Friday, June 22, U.S. Rep. Jared Huffman of California, who serves as the Democrat’s vice-ranking member of the committee, wrote, “we are concerned that this particular reassignment, in the context of a pattern of questionable reassignments undertaken by your Department, appears to be more punitive than strategic in nature.”
Wenk has been with the National Park Service for almost 43 years and is widely considered a star of the agency. The order for him to vacate Yellowstone within 60 days and accept a re-assignment to the National Park Service’s Capital Region for face termination has sparked national outrage. It has elicited the same kind of widespread condemnation from conservationists and citizens directed at Zinke and the Trump Administration as for their radically shrinking down the size of national monuments in Utah.
In Yellowstone’s 146-year history, Wenk’s transfer, ordered only months from his planned retirement, is unprecedented, said recently-retired park historian Lee Whittlesey.  While it’s true that top Park Service managers, classified as part of an elite corps called the “Senior Executive Service,” are moved around to both enhance the agency and develop better leaders, transfers, against the will, almost never happen with those in the last stage of their career.
Yellowstone, Whittlesey added, is considered the most prestigious field post in the Park Service and second only to serving as national director.
Interior officials, including a number of Zinke’s political appointees involved in transferring Wenk and others, have refused to comment, saying it is a personnel matter. 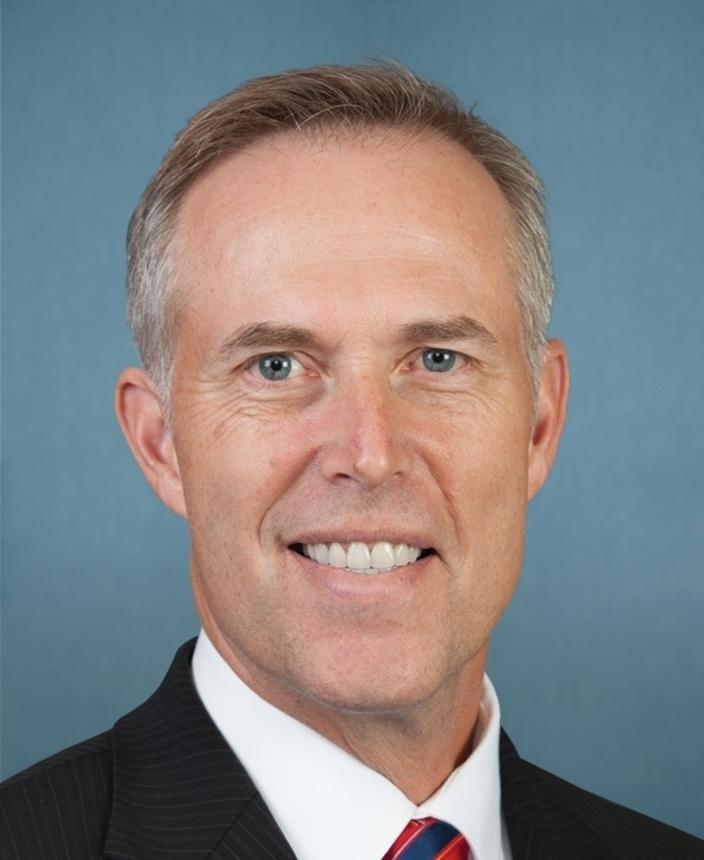 Congressman Jared Huffman
Rep. Huffman and those signing his letter added, “We are gravely concerned about his forced reassignment, which took place after a series of other reassignments that have been found to be without adequate justification or clear rationale by Interior Department’s Office of Inspector General (OIG). As you know, the OIG’s recent report noted that ‘the Executive Resources Board reassigned 27 senior executives without a written plan or clear criteria, and without consulting with the departmental leadership who oversaw the affected senior executives or with the affected SES members.’”
The House members also seemed to take Zinke to task for his comment in 2017 when, speaking before an energy industry conference in Texas, he claimed that one-third of his 20,000 Interior employees were “disloyal.” In response to that perception by Zinke, he and his deputies, many of whom formerly worked as lobbyists or attorneys representing the natural resource extraction industry, announced their intentions to shake up the management of agencies which include the Park Service, Fish and Wildlife Service and Bureau of Land Management.
“In the context of your remarks last year about ‘loyalty,’ as well as the OIG’s findings regarding SES reassignments, we fear the action against Mr. Wenk is intended to send a signal to other career personnel that they will be penalized if they remain loyal to the United States as opposed to a political agenda,” the letter from minority members of the House Natural Resources Committee wrote.

“In the context of your remarks last year about ‘loyalty,’ as well as the OIG’s findings regarding SES reassignments, we fear the action against Mr. Wenk is intended to send a signal to other career personnel that they will be penalized if they remain loyal to the United States as opposed to a political agenda."  —Letter sent to Interior Secretary Ryan Zinke from ranking Democrat on the House Natural Resources Committee

They also noted that actions taken by Zinke and cohorts have negatively affected the Park Service’s espirit de corps, which is unlike any other in the ranks of professional civil service.
“Morale is already low at NPS, due in part to the remarks you have made regarding personnel, rampant underfunding coupled with increased visitation meaning park staff must do more with less, a highly questionable department-wide reorganization proposal, a continuing climate of harassment, and the failure of the White House to nominate a permanent NPS director,” they asserted.
The letter goes on, “This latest action to force Superintendent Wenk from his post at Yellowstone will only make matters worse, and contributes to an antagonistic environment between political appointees and career employees that threatens the well-being of our national parks, their visitors, and thousands of dedicated NPS employees.”
Wenk was contacted for a response late Friday. He declined to offer a comment, saying he had only recently received word of Huffman’s letter. Read Mountain Journal’s stories Forced Out Of Yellowstone and Ryan Zinke Scores A Pyrrhic Victory In Yellowstone which have been circulated widely on Capitol Hill.
Regarding the matter of low morale in the Park Service, Jeff Ruch, excutive director of Public Employees for Environmental Responsibility, a whistleblower protection group that represents employees of federal agencies, has said many career employees are afraid of retaliation if they speak publicly about their concerns.
Mountain Journal has spoken with many active and retired Park Service employees. One veteran, who still works for the Park Service and has been part of details involving U.S. presidential visits to parks going back to the 1970s, said, “It makes me feel vibrant and alive, to be around so many eager and curious visitors; to be around such a passionate, motivated, selfless staff. But never have I felt the loss of morale as to what is going on with the agency right now. Up until this administration I don't think anyone paid much attention to party lines.”
Earlier this year, Huffman’s Democrat cohort, U.S. Representative Raúl Grijalva of Arizona, requested that a hearing be held on Zinke’s proposed transfers in the wake of the OIG findings, but it has been ignored by Republican members of the committee who possess the power to hold hearings or not.
Besides Huffman and Grijalva, others signing the letter to Zinke include Nanette Diaz Barragán (D-CA), Ruben Gallego (D-AZ), Alan Lowenthal (D-CA), Colleen Hanabusa (D-HI), Emanuel Cleaver (D-MO), Jerry McNerney (D-CA), Mark DeSaulnier (D-CA), Mark Pocan (D-WI), Darren Soto (D-FL), Matt Cartwright (D-PA), Betty McCollum (D-MN), Donald Beyer (D-VA).
No Republican signed.  Republicans from the northern Rockies who sit on House Natural Resources include Rep. Greg Gianforte of Montana, who won Zinke's former House seat in a special election, Rep. Liz Cheney of Wyoming,  Rep. Rob Bishop, committee chairman, and Rep. John Curtis, both from Utah.

"No one at Interior should have to suffer silently afraid of retaliation or isolation—when they are just trying to do their job." —Interior Secretary Ryan Zinke

In December 2017, Zinke issued a video press release in which he announced the findings of an Interior-wide survey on the topic of harassment in the workplace. It was prompted by a number of cases of sexual harassment.
"It's time to acknowledge we have a problem," he said. "Unfortunately the survey shows that harassment, intimidation, and discrimination have been a common practice at Interior. A culture that tolerates such behavior tarnishes our noble mission of stewardship and breaches public trust. I'm speaking today to make it clear that the culture of harassment and intimidation, which this administration inherited, has come to an end."
He said he removed four senior leaders who were guilty of inappropriate behavior, and I will remove 400 more if necessary. Intimidation, harassment and discrimination is a cancer to any organization. However deep it goes we will remove it from Interior."
He added, "No one at Interior should have to suffer silently afraid of retaliation or isolation—when they are just trying to do their job."
Critics of Zinke point to the irony. Just weeks after Zinke made the statement, his Acting Park Service Director P. Daniel Smith became the subject of an Inspector General investigation for allegedly grabbing his crotch and pretending to urinate on the wall of a main hallway in the Interior building in Washington, D.C.  They also say that the forced transfers of Wenk and others are evidence of bullying, intimidation and isolating employees who disagree with their agenda. 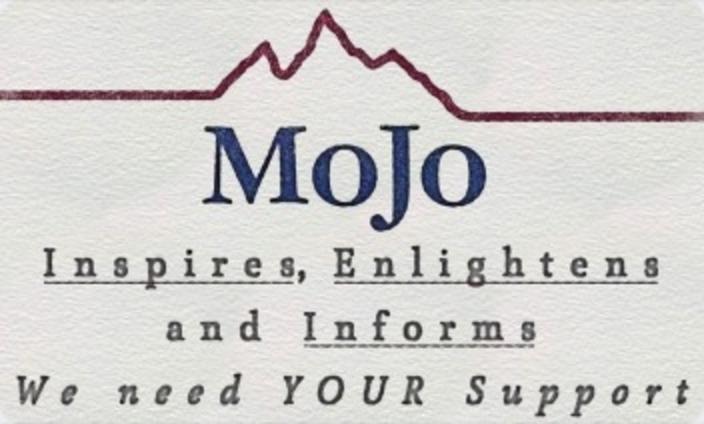 MoJo is committed to giving you great reads free. We are a non-profit public-interest journalism site and, like public radio and television, we depend on the generosity of our readers. Please click here to vote your values and belief in the truth by supporting Mountain Journal.

A Montana Political Giant Says Citizens Must Hold Elected Officials To Account
Max Baucus, the former Ambassador to China and Longtime U.S. Senator From Montana, Says Citizens Will Get The Democracy They Deserve—If...
Read
Yellowstone

Magical Sometimes Mirthful Summer Moments From Yellowstone
More from "A Life in Wonderland": Yellowstone "winterkeeper" Steven Fuller shares an almanac of summer images from the center of America's...
Read
Back to home